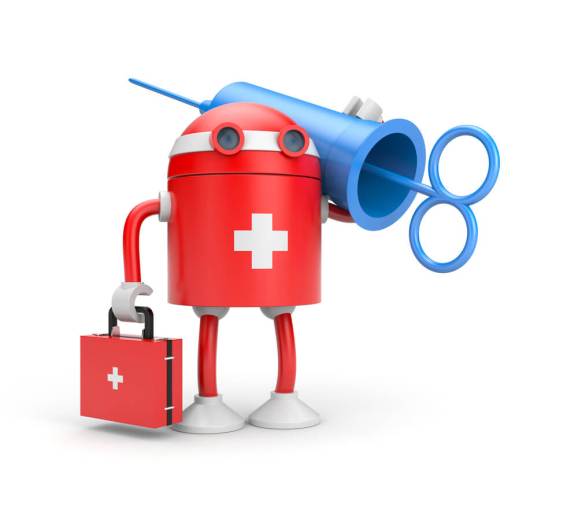 What does it mean to be human? The answer to this is, like humanity, in constant flux, evolving with our species and the times. But one essential, defining element for centuries is our mortality. All people get sick, and all people die. But advanced technologies like AI could help change all of that — if the expert minds behind them succeed, that is.

We’ve come a long way in reducing and even eliminating biological diseases in the past century, passing milestones like the emergence of penicillin, the ability to sequence the genomes of diseases, and lately, the discovery of CRISPR. Now, with the advent of computers in medicine, humanity is about to supercharge its medical progress — and perhaps finally put an end to death by disease.

Even in the digital age, illness is still the main cause of death across the country and the world. Heart disease leads the charge, followed closely by cancer.

Believe it or not, this is a sign of progress. In contrast, Americans in 1900 were dying of what are now curable diseases today, such as respiratory illnesses (tuberculosis, pneumonia, and influenza), as well as gastrointestinal infections (such as cholera and dysentery). Put simply, today’s diseases of civilization are no longer the germ-fueled pandemics like Spanish flu or bubonic plague. Instead, they’re diseases stemming from sedentary lifestyles and modern habits.

Although humans tend to think linearly, with cooperative measures and leaps in technology, technological advances tend to be exponential. With increased economic prosperity worldwide, this model is spreading to other nations. Heart attacks and strokes edge out previous, communicable diseases like lower respiratory infections and diarrhea. Clearly, as a country becomes richer (and their infrastructure strengthens), the threat shifts. Even if their populations are free from afflictions born of unsanitary conditions, they will still encounter the downsides of more affluent societies.

But all this begs an interesting question: Can we ever truly rid ourselves of disease? Or have we only traded one cause of death for another?

This brings us to the next milestone: computers. Though they’ve long been used in medicine (in the 1960s, early computers were used to track blood-borne diseases), new developments may revolutionize the field. The most promising development is machine learning, which promises to help end disease as we know it.

At the moment, we’ve only scratched the surface of machine learning’s medical potential. Today, machine learning programs supplement doctors. The software sifts through and interprets reams of data, diagnoses current patient problems, creates patient profiles from their medical histories, and predicts future conditions seamlessly. Given how much data the sheer volume of medical studies produce (in 2003, one health care network estimated that it would take 30 years for humans to review every single existing randomized trial), the fact that computers can cut down, analyze, and aggregate patient data is very promising.

Machine learning capabilities are only growing. Researchers are conducting promising experiments on a variant called deep learning, programs patterned after the very structure of the brain. Deep learning programs consist of layers of algorithms stacked atop each other. An input from one layer is then transmitted into the next, with each subsequent layer further processing the inputs. With this complex system, deep learning can easily recognize patterns and indulge in extremely high-level procedures — higher than what we’ve seen thus far from normal machine learning programs.

With this raw processing power, the days of disease may yet be numbered. Nvidia, a company best known for producing graphics processing units, is an unlikely candidate for a deep learning leader. Yet as developers make clear, the nature of GPUs make them ideal for deep learning. Compared to normal CPUs with eight cores (computer chips), GPUs have thousands of cores, making it easier to run complex programs. Because of this unexpected crossover, Nvidia now applies its deep learning expertise to medicine. Among these exciting applications include identifying genetic factors involved in neuro disorders or using algorithms to predict patient health outcomes (and constantly learning from its mistakes and successes along the way).

For therein lies the biggest advantage of deep learning in medicine: its adaptive, autonomous quality. Deep learning algorithms can actually build on their knowledge and evolve, like humans do. In fact, studies suggest that in many applications, deep learning can surpass human abilities. In medical imaging, deep learning offers the ability to automate a task that was once limited to human specialists — and do it with a far lower rate of error. In fact, some deep learning teams have already used their programs to classify skin cancer cells simply from a patient photo, demonstrating the awesome ability of such algorithms.

The natural cumulation of this technology is cutting-edge, forward-thinking institutions that seek to overturn our paradigm of disease. For example, the Microsoft biological computation lab hosts a variety of exciting procedures. The most dramatic procedure may well be the ability to model biological systems and predict outcomes. At the intersection of machine learning, mathematics, and biology, Microsoft’s lab hopes to someday both understand and control the way cells behave in order to reverse disease through programming.

That’s just the tip of the iceberg. At the new USC Michelson Center for Convergent Bioscience, AI experts like Fei Sha apply machine learning to health and bioscience to identify the genetic cause of diseases like cancer and develop hyper-effective precision therapies to cure them.

The future is now

It’s an exciting time when computer science, at one point little more than a series of ones and zeroes, is on the verge of revolutionizing health and wellness in ways no one could have predicted. Technology has changed what it means to be human, and with the advent of intelligent machines, the line between body and computer is finer than ever. The implications are extraordinary.

Imagine the day when each of us has an SD card or equivalent with our genetic code, so doctors can print out an organ or replacement appendage based on our unique information. Imagine, too, the reams of research AI computers could conduct by gathering data and learning at an exponential pace. While it’s true that AI can be dangerous, as Stephen Hawking warns, these are just several of the incredible opportunities within reach before we even come close to the danger zone.

There will no doubt be roadblocks between today and a disease-free utopia, if indeed it is achievable. Also, this could lead to consequences such as overpopulation, inequality, and an abundance of ethical quandaries. But I do believe that if nothing else, computer science is redefining humanity and will continue to do so as AI penetrates mainstream medicine. In this light, what it really means to be human may be determined less by our mortality than by our amazing ability to overcome it.

William Nakulski is an entrepreneur and computer science expert with an interest in AI and software.