There may have been no constituency more opposed to Brexit than Britain’s booming startup community. In the 18 months since the shocking vote to leave the European Union, it’s those entrepreneurs who continue to fret the most.

But here’s some good news, at least for the moment. While Brexit certainly won’t help London’s startup scene, it may not be catastrophic. By almost any measure, the U.K. remains far and away Europe’s biggest and most dynamic startup hub.

Atomico’s third annual “State of European Tech 2017,” released this week, shows that the U.K. retains a wide range of solid advantages over other tech hubs, and remains easily the most dominant tech ecosystem on the continent, even as Europe in general continues to thrive. And so while the actual terms of Brexit remain largely unknown, it’s a reasonable bet that the U.K. will continue playing a leading role in Europe’s ecosystem for years to come.

Referring to the U.K.’s entrepreneurs, Tom Wehmeier, the report’s author and a partner and head of research at Atomico, said: “There’s a real divergence between the numbers we’re seeing and the actual perception of the industry.” But he added, “It’s clear from a mindset point of view, the triggering of Article 50 is causing high levels of uncertainty.”

Indeed, the report showed rising optimism across Europe’s tech ecosystems, with the exception of the U.K., where the mood has turned more pessimistic. According the report, 27 percent of U.K. founders are less confident about the future of the European tech scene, compared to 6 percent of entrepreneurs from all other countries.

And in the U.K., 52 percent of entrepreneurs listed the triggering of Article 50 (the official beginning of Brexit negotiations with the E.U.) as the most critical event to hit the European tech scene over the past year. In addition, according to the Atomico survey, the U.K. was the only country where founders said they had a harder time raising money than they did a year ago.

So a cloud hangs over the U.K.’s entrepreneurial community, but it’s a cloud with a pretty massive silver lining.

Consider the following data points from Atomico. First, when it comes to raising venture capital, there’s U.K. startups, and then there’s everyone else. The gray is money raised from 2012 to 2016, and the purple is year-to-date in 2017: 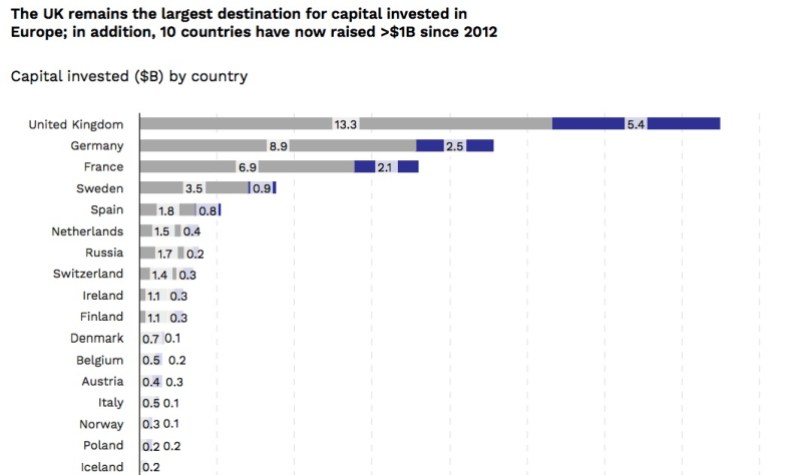 More impressively, the U.K. is crushing it when it comes to investments in “deep tech” startups: 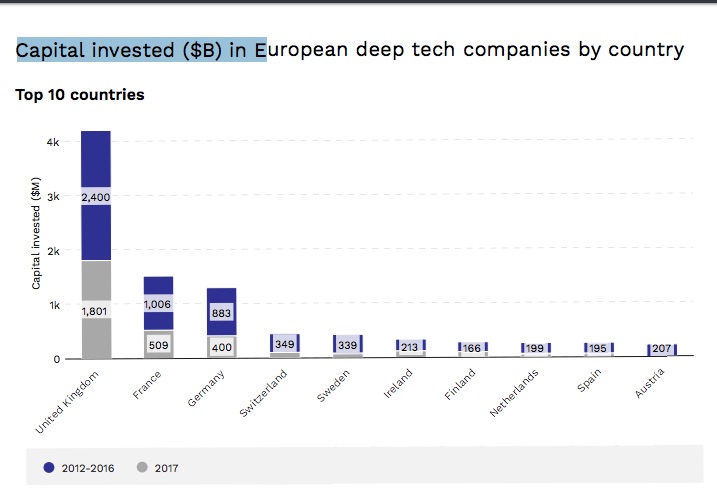 And London has become the center of Europe’s blockchain startups: 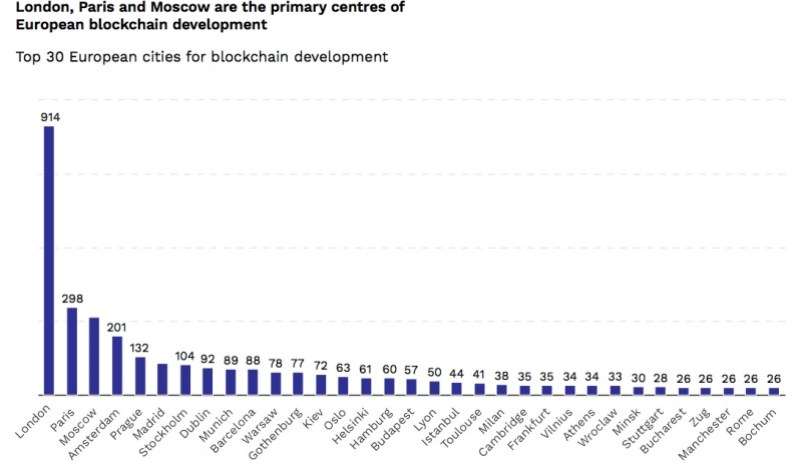 One of the biggest concerns remains access to talent post-Brexit. Certainly, massive changes to rules about entering Britain and working in other European countries could swing the balance. But for now, the U.K. continues to be the leading destination for founders looking to relocate from within Europe: 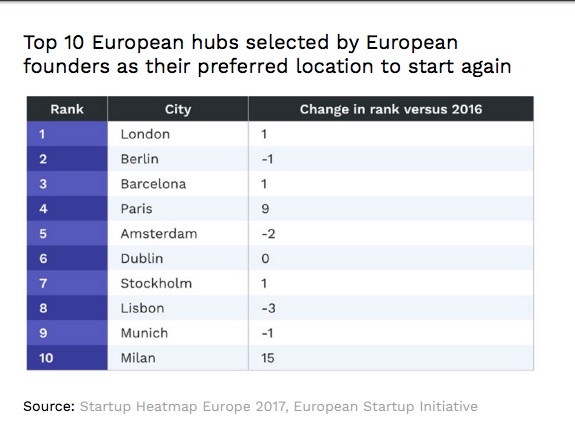 And from outside Europe: 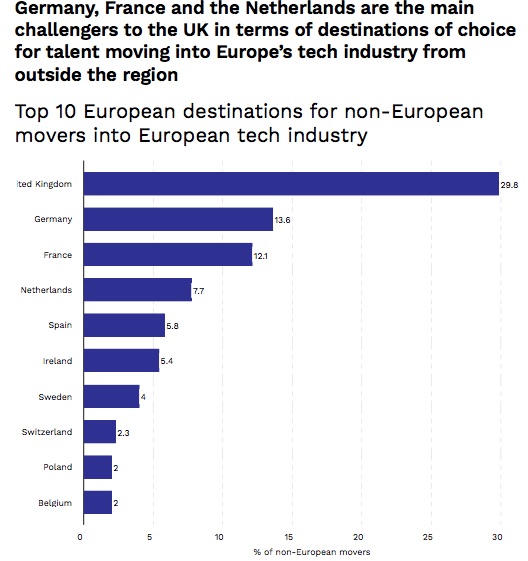 And no matter what, the U.K. in general, and London specifically, can boast a huge density of talent. By country, the U.K. has the second largest number of developers behind Germany. And by city, London is by far the largest hub of developers in Europe, with 303,594, compared to Paris, which is number two on the list with 181,659. 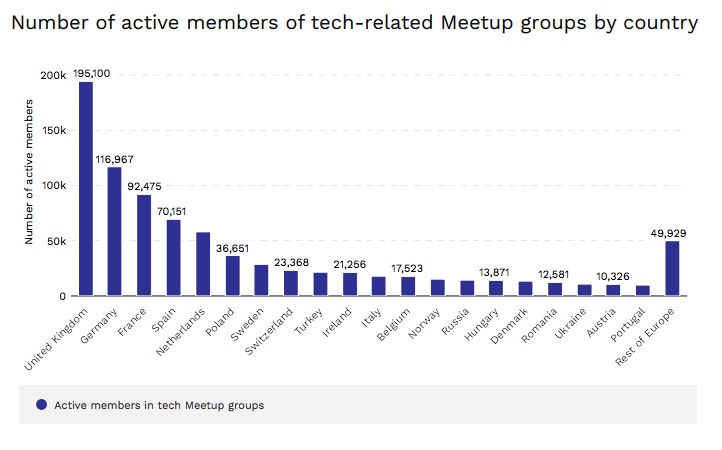 It’s this kind of depth and durability that has allowed the U.K. to produce the most startups valued over $1 billion in all of Europe. And it’s a good indication that the U.K. is in a solid position to endure whatever effects flow from Brexit.

That’s good news for British entrepreneurs, as well as those across Europe. Because even post-Brexit, startup ecosystems in Europe and the U.K. will be better off if both remain strong.