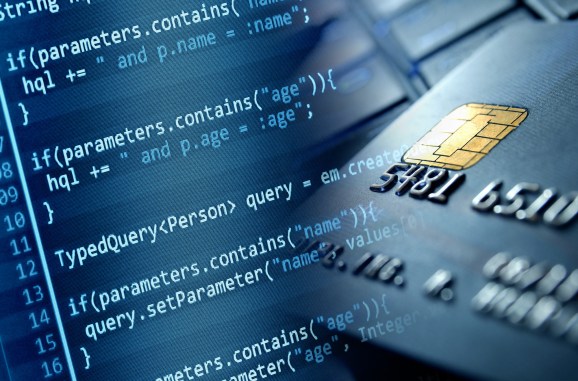 Until this week, many people had never heard of the Consumer Financial Protection Bureau (CFPB). Then it became part of a dramatic showdown between advocates and critics of regulation, as two individuals with dramatically different worldviews each claimed to be the bureau’s acting director. On Tuesday a judge sided with the Trump Administration, enabling the president’s budget director Mick Mulvaney to serve as acting CFPB director until a permanent replacement gets named next year.

This may sound like Washington insider politics, but it has big implications for consumers and the fintech ecosystem. The CFPB was put in place after the financial crisis to prevent big banks from repeating the practices that created the crisis. Many operators at Wall Street’s big firms dislike the CFPB and post-financial crisis regulatory safeguards because the larger the financial institution, the more regulations placed on it. The scaffolded approach to regulation was intended to create another “too big to fail” scenario by the big banks while encouraging innovation by smaller institutions.

As I’ve written before, fintech startups benefit greatly from the protections put in place by the CFPB. Now that anti-regulators have gained control of the CFPB, the question is no longer whether regulations will loosen but rather how soon.

This creates a radically different competitive environment for fintech startups. While the Obama-era protections created runway for them to build their businesses before facing direct competition from big banks, fintech entrepreneurs need to understand that, as we speak, big banks are beginning to plan their aggressive entrance into their markets. Mortgages, student loan refinancing, and business lending are some areas that had been curtailed due to fear of regulators but are now attractive markets the big banks will seek to re-enter.

Partner with banks, don’t fight them

Regulation was a major competitive barrier that helped fintech startups. Now that those regulations are (nearly) out the door, big banks will enter lucrative markets more aggressively. Customer acquisition costs will rise because there will be more bidders for the same consumers, plus large financial institutions have deeper pockets and an ability to amortize costs across multiple business lines. This will make it much harder for startups, no matter how innovative, to compete head-on without the CFPB’s regulatory cover. Partnerships provide a great path to success given the scale, brand recognition and resources that financial institutions bring to the table.

Of course, partnering with big banks can be risky. Sales cycles are long, bureaucracy is high, and the risk looms large that banks could ultimately take these innovations in-house. Even if their products are only 50 percent as good, the well-resourced, branded players will almost always win. Here’s how startups can partner with financial institutions while protecting their businesses:

Build network effects into the business. Fintech startups need to make sure they’re adding value that the big banks can’t replicate easily. Otherwise, after testing the waters through a successful pilot program with partners, they could decide to create competitive offerings. Wealthfront and Betterment failed to build protective moats in the form of network effects. Now they are both facing increased competition, as Vanguard and Schwab have entered their markets. Startups that create network effects through their customers or scale of service will become more valuable to banks. CheckFree, a bill pay service, has executed this strategy extremely well. It created relationships with so many billers that major financial institutions want to partner with it instead of having to engage in the resource-intensive work of replicating the bill pay network — which in turn was only possible to build because having large banks as customers gave CheckFree negotiating leverage with billers.

Talk to as many banks as possible. Talking to multiple banks will take a lot of resources – sales cycles are long and resource-intensive – and there will be a desire to go all-in on one bank with scale, but taking this approach would be a mistake. First of all, the deal could tank at any point. Second, it’s unwise to allow one partner to hold disproportionate leverage. When the big banks hold disproportionate leverage, they can squeeze startups on price and expose them to undue risk should the banks abandon the relationship.

Start as quickly as possible. Change is happening quickly. There’s a small window of opportunity for startups to reach out to big banks that want to enter new markets quickly and are willing to partner with small companies instead of building products themselves in order to expedite their entry to market. In addition, since the details of regulatory roll-backs are still in flux (though not for long), big banks won’t yet have their plans fully fleshed out. Entrepreneurs who move quickly to help steer conversations rather than try to force fit themselves into already developed plans can encourage financial institutions to build market entrance strategies around the startups’ offerings. It’s an incredible window of game-changing opportunity – but it won’t be open for long.

Soon after financial regulations are loosened, customer acquisition costs will soar, and lead quality will decline. Unlike startups, most banks have the resources to pay more to get less. Partnering is a way to leverage the banks’ deep pockets instead of fruitlessly attempting to outspend them.

If you’re operating a fintech startup in a market previously regulated by the CFPB, run, don’t walk, to the big banks to start discussions. And don’t forget about the smaller and mid-size institutions, which will also be looking for ways to compete with the unleashed market power of their larger rivals and which may be willing to compress negotiation cycles in order to strike early.

In the age of Trump, many fintech startups will need to set aside their plans for disruption. In 2018, the path to survive – and thrive – lies in cooperation.