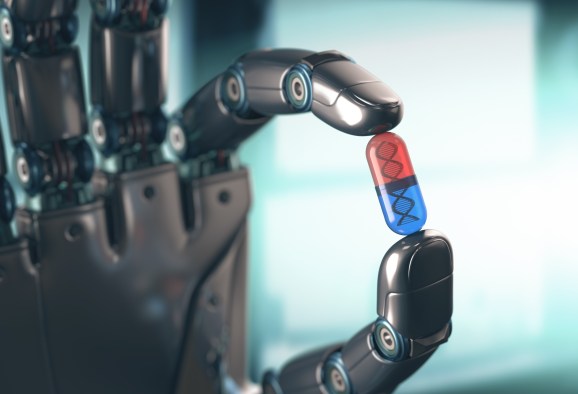 When we think about virtual reality (VR), games such as Job Simulator and Raw Data usually spring to mind. It’s understandable that many of us view VR headsets like the Oculus Rift as glorified video game consoles; VR’s early breakout commercial successes have largely been in the entertainment genre.

In fact, VR has quietly been making significant improvements to the lives of people with issues such as chronic pain, lazy eye, and autism. In this piece, I’ve interviewed three VR entrepreneurs who are pioneering virtual solutions to improve healthcare.

More than 3.5 million Americans live with an autism spectrum disorder, the name for a range of similar conditions, including Asperger syndrome, that affect a person’s social interaction and communication abilities. There’s no “cure” for autism, but speech and language therapy can help. Autism therapy has traditionally required in-person sessions with doctors as children would play with toys, as a means to help the child interact socially. With the rise of VR autism therapy solutions, trips to the doctor’s office may be less necessary.

Vijay Ravindran is the CEO and co-founder of Floreo, a startup that uses VR platforms to provide safe and immersive social and communication therapy. “Our product uses mobile VR, such as Google Cardboard, to spur virtual characters in a scene to instigate social interactions with children who need therapy,” Ravindran says. “We can reimagine conventional therapy, and bring it to life. Rather than looking at toys on a table, for instance, a child can see an elephant in a virtual safari park.”

The ultimate goal is to simplify delivery of therapy so parents can support their kids from home. So far, results have been promising. “We’ve tested the product with hundreds of autistic kids and it has a really calming effect on them,” Ravindran claims. “Because you can tailor the virtual environments, and how much sensory complexity there is within them, we have the potential to better engage children than through conventional methods of therapy.”

A safer solution for chronic pain

More than 25 million Americans suffer from chronic pain—that is, pain that persists or progresses over a long period of time. With more people relying on painkillers to ease the burden, the US faces an opioid crisis, with the overdoses claiming the lives of more than 65,000 in the past year. Healthcare providers desperately need a safer alternative, which could come in the form of VR. Clinical trials have shown that virtual therapy can result in a 25% reduction in pain.

Jon Weinberg is COO at Karuna Labs, a company that treats chronic pain by using immersive VR therapy. Weinberg explains further: “We provide a series of educational modules and therapeutic exercises which help teach patients how pain works at different levels of the brain. Fundamentally, our software provides visual and motion-based experiences that fix incongruities in the brain and dampen the threat response that causes pain in the first place.”

Karuna Labs’ products use Virtual Embodiment Therapy™, in which patients stop relying on how they see their body in a real space and start identifying with an avatar in a virtual space. Because that illusion is necessary to deliver results to patients, the company uses high-end VR headsets such as the Oculus Rift and HTC Vive. Anecdotally, the product has shown signs that it can rehabilitate chronic pain sufferers. Weinberg says, “We’ve seen patients receive pain relief to an extent that they don’t have to stay at home to work anymore—or they can finally play with their kids or grandkids.”

If you have sub-optimal vision and want to improve your eyesight, your choices thus far have largely been limited to wearing glasses, contacts, or undergoing eye surgery. However, with the advent of VR vision therapies, another option may gain traction.

James Blaha is CEO and founder of Vivid Vision, which claims to be the most advanced treatment system for lazy eye in the world. Vivid Vision works by having VR headsets deliver two different images to both of a patient’s eyes. “We split the virtual scene into two images – one for the strong eye and one for the weak eye,” Blaha explains. “Then we decrease the signal strength of the VR objects in the strong eye and increase it for the weak eye, making it easier for them to work together. With practice, both eyes learn how to work more effectively together. Each week, the difference between the eyes gets smaller and smaller.”

After working with 6,000 patients at over 100 clinics worldwide, Vivid Vision published a study documenting the results of their unique virtual therapy. The study showed that the company’s treatments resulted in 75% of patients gaining depth perception (3D vision).

VR has provided a safe and affordable way for patients to improve chronic conditions, albeit for a limited set of issues thus far. From autism to lazy eye and chronic pain, the immersive technology is already proving to be a life-changing solution to those for whom conventional methods have failed. It may only be a matter of time before VR therapies become common practice in the US healthcare system.