If culture is a set of beliefs and behaviors that people pass from one generation to another, then is artificial intelligence becoming one?

AI is certainly changing how people think about and interact with technology.

Talking to your phone and expecting an intelligent response has quickly shifted from novelty to routine expectation. Self-driving vehicles orienting themselves in the physical world will soon shuttle us all over, changing how millions of commute hours are spent and our relationship with cars themselves. (We’ll likely be able to talk to them, too.)

Inherent in AI is a capacity to learn, and to use this knowledge to advance the tasks it’s been assigned to tackle. From medicine to retail to robotics, entire industries are poised to be transformed.

Jumping into this opportunity are thousands of startups, which may be the forerunners to AI becoming a culture. They embrace the mission of using AI to advance a field, and liberate people from the drudgery of repetitive tasks better suited to machines.

Is the nature of how companies pursue this end also a reflection of AI becoming a culture?

Working with AI means dealing with massive volumes of data. Deep learning needs these hundreds of gigabytes of data to process and analyze. The sheer size is unfathomable to the human mind.

But the nature of AI is that the data, typically hosted in the cloud, is hiding in the background. As Ankit Sethia, CTO of Parabricks, a MIchigan-based startup, says, “AI lets us work on big data without much human intervention. It keeps working in the background and gives useful information as and when it sees it.”

While the AI crunches through the mountains of data, the humans zero in on analyzing the output. “We can focus on understanding the results and their impact on humans while AI finds and curates the knowledge,” says Sethia, whose company has built one of the world’s fastest genomic analysis pipelines.

Processing data, analyzing results, making decisions — these all emphasize the need for speed among AI startups. “The industry, our understanding, and related technologies are all moving at an unprecedented rate,” says Eric Kin Ho Lee, co-founder and co-CEO of DeepLearni.ng. “If we don’t move quickly, we can’t help effect change.”

Parabricks and DeepLearni.ng are two of the more than 2,000 members of NVIDIA’s Inception program, which supports startups with resources to help grow their businesses faster. Inception provides access to the latest GPU computing technology for making quick work of big data. And it provides access to the brightest minds at NVIDIA, and to the program’s community of innovators, for learning that can only come from a deep pool of experience.

Another example of AI as culture — collaboration — is literally standing in Silicon Valley. NVIDIA’s new building in Santa Clara, dubbed Endeavor, was built to promote collaboration through conversation and chance encounters. The building draws workers from their individual workstations at the edges to its center for meetings, meals, breaks, and more activities. The very nature of the flow of traffic encourages casual encounters in the building’s heart.

In the end, AI isn’t just about the technology, from the increasingly sophisticated software and algorithms to the growing stable of abilities and services it is able to contribute to human lives.

Every day, humans are building relationships with machines — intelligences that feel almost sentient. The powerful algorithms fueling these devices improve our lives in a thousand different ways, both large and small.

Our daily lives are as interwoven with the influence of AI as our pop culture is — from as far back as the creation of Frankenstein’s monster, to HAL and the pod bay doors, and as recently as the spectacular new reimagining of Blade Runner.

Is AI a culture? It is. In fact, it’s our own culture. 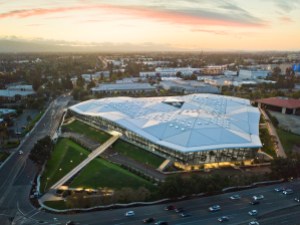 Startups can get a tour of Endeavor, and a chance to network with their peers, by signing up for the Inception open house, co-hosted with VentureBeat. Sign up for the Dec. 12 event and meet members of the Inception program.

Arjun Dutt is Director of Inception at Nvidia.