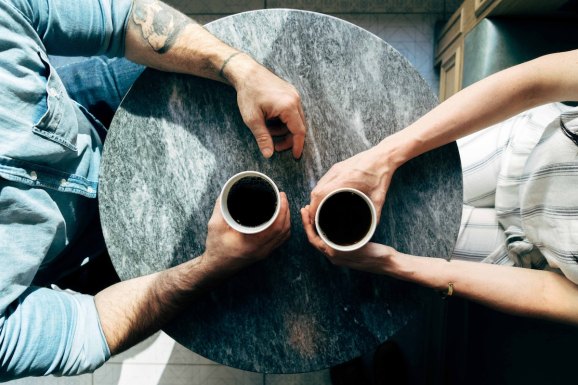 The past year has been marked by activism across the U.S., with massive marches in major and mid-sized cities to protest issues from health care to immigration. But the engagement that has emerged hasn’t stopped with political causes. Consumers are asking for more from brands they use, creating both opportunities and obligations for businesses to advocate for causes that reach far beyond their own immediate audiences.

For many tech companies in Silicon Valley, it requires a substantial effort to connect with consumers who feel an out-of-touch attitude emanating from Northern California. From Facebook’s desires to “build a global community” while facing questions about its role in election misinformation to Amazon’s ongoing HQ2 bidding-war selection process, a gap exists between the biggest names in tech and the communities they serve.

Companies across the country should take note of the the activism that sprang out of this unique moment in time. While much of it may be driven by the political landscape, businesses should recognize the power and potential of a strong offline community, especially one that extends across the country and consolidates the ideas and attitudes of a broader audience. This lesson is one that political campaigns have understood for years, and while some brands have taken steps to develop offline organizing programs, others need to step up their efforts to build community.

Below are 4 reasons offline community development should be part of every brand’s strategy in 2018.

1. Engagement has a real impact on the bottom line.

Pioneering organizations are already beginning to understand exactly how a scalable, “IRL” community engagement strategy can directly affect revenue. The data-driven approaches that have permeated many aspects of the tech and business world have found application in grassroots organizing.

A naturally data-driven discipline, grassroots organizing, including a meticulously maintained CRM, will be more important than ever in analyzing and influencing a business’ customers and community members. Whether it’s understanding how many contacts or sequenced actions are required to turn a fringe community member into an evangelist or how much impact engaged community members have on the bottom line, the gathering and analysis of community data will become a differentiator for many brands, and that will help form a very complete picture of a business’ audience.

2. Businesses are expected to advocate for their consumers.

The time for businesses to stay out of the political thicket is behind us. From the president’s travel ban to climate change and beyond, each new public outcry has made it clear that consumers expect more from the companies they rely on.

The roots of consumer expectations can be traced back to Main Street, where local businesses more closely mirror the communities and cultures in which they reside. But in the vacuum of responsiveness from political leaders, companies have seen their role in the discourse grow and begin to seep into more of their daily actions.

Taking a cue from local businesses, bigger companies must understand the attitudes and desires of its community. Creating a scalable grassroots community apparatus is a core component of making that happen. This also helps a business react quickly if it ever sees a PR threat.

3. A strong community will build up and protect a business.

The tech world is full of this repeating story: Company comes up with an idea, innovates, grows rapidly, disrupts the status quo, faces regulation to maintain that status quo, and fights the powers that be through lobbyists and, occasionally, the ballot box. A structured and mobilized offline community can insulate and protect a business from regulatory threats — but only if the community feels like the business is really there to improve the average person’s day-to-day life.

Community organizing is labor-intensive, but the proof is there: Companies have to look no further than Airbnb and Etsy to see examples of businesses that have successfully used their communities to protect and progress their agendas at times.

It’s equally important for companies to consistently keep a pulse on what different communities want from them. A consumer may advocate for a company one day, only to turn on it the moment they feel like the business has fallen “out of touch” with what they really want.

4. Customers want a role, so give it to them.

Take the Instant Pot, a case study for 2018. The product has garnered such a cult-like following that community has organically grown around it, including its own sub-reddit, dozens of location-specific Meetups, and a Facebook Global Community with nearly 1 million members. Whether Instant Pot wanted it or not, customers have self-organized.

Self-organization been happening on Fiverr since its early days, with groups of freelancers putting on events and meetups in places as local as Tampa, Florida and as remote as Lahore, Pakistan. Businesses have two options when it comes to self-organizing community: either build around it and empower those individuals, or neglect it and hope they’re representing the brand well. While neglect certainly requires less energy and resources, it also eliminates the two-way conversation that builds trust and a willingness to engage. And it increases the risk of that community focusing its energy back on the brand in a negative way, should a problem arise.

Community activists aren’t born, they’re made. They’re motivated by a sense of purpose, a sense of ownership, and a sense of belonging, and while these emotional connections take time to develop, they will absolutely bear results for brands large and small. Recognizing the opportunity and obligation the current climate has created should play a big role in every business’ 2018 strategic thinking.

Brent Messenger serves as global head of community for Fiverr, a worldwide marketplace for digital services. Messenger previously worked as a battleground state field director for Obama for America in 2008. He then joined other Obama campaign leaders at community engagement consultancy 270 Strategies, where he worked as senior vice president with such brands as Airbnb, Lyft, and SolarCity.