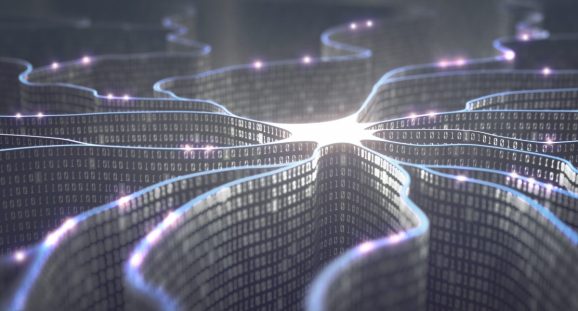 Five years ago, researchers made an abrupt and rather large leap in the accuracy of software that can interpret images. The artificial neural networks behind it underpin the recent boom we are now seeing in the AI industry. We are, however, still nowhere near achieving a reality similar to those in The Terminator or The Matrix.

Currently, researchers are trying to focus on teaching machines how to do one thing extremely well. Unlike a human’s brain, which processes multiple things at once, robots must “think” in a linear way. Regardless, in some fields, AI beats humans. Deep neural networks have learned to converse, drive cars, beat video games and Go champions, paint pictures, and help make scientific discoveries.

Machines have a strong record of besting humans in image and object recognition. Сapsule networks invented by Geoff Hinton almost halved the best previous error rate on a test that challenges software to recognize toys. Using an increased amount of these capsules over various scans allows the system to better identify an object, even if the view is different than those analyzed prior.

Another example comes from a state-of-the-art network that was trained on a database of labeled images and was able to classify objects better than a Ph.D. student, who trained on the same task for over 100 hours.

Google’s DeepMind uses a deep learning technique referred to as deep reinforcement learning. Researchers used this method to teach a computer to play the Atari game Breakout. The computer wasn’t taught or programmed in any specific way to play the game. Instead, it was given control of the keyboard while watching the score, and its goal was to maximize the score. After two hours of playing, the computer became an expert at the game.

The deep learning community is in a race to train computers to beat people at almost every game you can think of, including Space Invaders, Doom, Pong, and World of Warcraft. In the majority of these games, deep learning networks already outperform experienced players. The computers were not programmed to play the games; they just learned by playing.

Last year, Google released WaveNet and Baidu released Deep Speech. Both are deep learning networks that generate a voice automatically. The systems learn to mimic human voices by themselves and improve over time. Differentiating their speech from that of a real human is much harder to do than one might imagine.

A deep network created by Oxford and Google DeepMind scientists, LipNet, reached a 93 percent success score in reading people’s lips, where an average human lip reader only succeeds 52 percent of the time. A group from the University of Washington used lip syncing to create a system that sets synthesized audio to existing video.

A neural network can study the patterns in the strokes, colors, and shading of a particular piece of art. From there, it can transfer the style from the original artwork into a new image based on the analysis.

An example of this is DeepArt.io, a company that creates apps that use deep learning to learn hundreds of different styles which you can apply to your photos. Artist and programmer Gene Kogan also applied style transfer to modify the Mona Lisa based on styles the algorithm learned from Egyptian hieroglyphs.

Stanford researcher Timnit Gebru took 50 million Google Street View images and explored what a deep learning network can do with them. The computer learned to localize and recognize cars. It detected over 22 million cars, including their makes, models, body types, and years. One example of insights the system gained included indications of where voter lines start and stop. Based on the analysis, “if the number of sedans encountered during a 15-minute drive through a city is higher than the number of pickup trucks, the city is likely to vote for a Democrat during the next Presidential election (88% chance),” Gebru and coauthors wrote.

Another example of a machine providing more accurate predictions than a human comes from Google Sunroof. The technology uses aerial photos from Google Earth to create a 3D model of your roof to separate it from surrounding trees and shadows. It then uses the sun’s trajectory to predict how much energy solar panels could produce from your roof according to the location specs.

AI integration in website builders can help update and make useful modifications to sites more quickly and potentially with more accuracy than humans. The underlying technology of systems like this provides an average-user opinion about site appearance, which tells designers whether the site design is bad or good. Today, website builders are either using deep networks to modify designs now or plan to use them in the near future. The technology can analyze different patterns and create better results based on previous conversion rates and other important indicators.

While we may still be far away from achieving Matrix-level AI, companies are working to improve the intelligence of neural networks at a rapid pace. The projects mentioned above are only scraping the surface of the technology’s capabilities. New ideas and improvements pop up constantly to prove machines are able to surpass human performance, task by task.

Roman Steinberg is head of data science at uKit AI, an AI-based platform that makes websites more profitable and user-friendly.