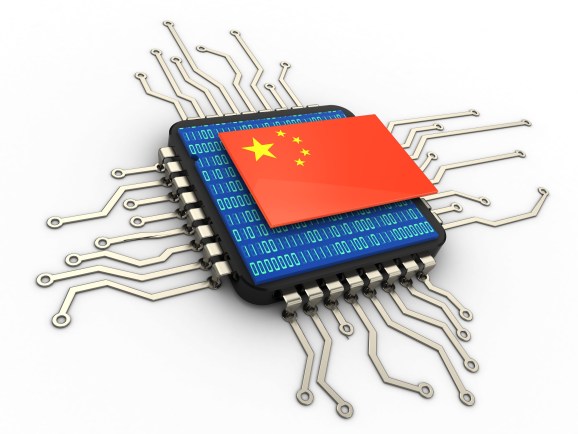 Ever since the Chinese Government banned Facebook in 2009, Mark Zuckerberg has been making annual trips there attempting to persuade its leaders to let his company back in. He learned Mandarin and jogged through the smog-filled streets of Beijing to show how much he loved the country. Facebook even created new tools to allow China to do something that goes against Facebook’s founding principles — censor content.

But the Chinese haven’t obliged. They saw no advantages in letting a foreign company dominate their technology industry. China also blocked Google, Twitter, and Netflix and raised enough obstacles to force Uber out.

Chinese technology companies are now amongst the most valuable — and innovative — in the world. Facebook’s Chinese competitor, Tencent, eclipsed it in market capitalization in November, crossing the $500 billion mark.  Tencent’s social-media platform, WeChat, enables bill payment, taxi ordering, and hotel booking while chatting with friends; it is so far ahead in innovation that Facebook may be copying its features. Other Chinese companies, such as Alibaba, Baidu, and DJI, are racing ahead in e-commerce, logistics, artificial intelligence, self-driving cars, and drone technologies. These companies are gearing up to challenge Silicon Valley itself.

The protectionism that economists have long decried, which favors domestic supplies of physical goods and services, limits competition and thereby the incentive to innovate and evolve. It creates monopolies, raises costs, and stifles a country’s competitiveness and productivity. But this is not a problem in the Internet world.

Over the Internet, knowledge and ideas spread instantaneously. Entrepreneurs in one country can easily learn about the innovations and business models of another country and duplicate them. Technologies are advancing on exponential curves and becoming faster and cheaper — so every country can afford them. Any technology company in any country that does not innovate risks going out of business, because local startups are constantly emerging that have the ability to challenge them.

Chinese technology protectionism created a fertile ground for local startups by eliminating the fear of foreign predators. And there was plenty of competition — coming from within China.

Silicon Valley’s moguls openly tout the need to build monopolies and gain unfair competitive advantage by dumping capital. They take pride in their position in an economy in which money is the ultimate weapon and winners take all. If tech companies cannot copy a technology, they buy the competitor.

Amazon, for example, has been losing money or earning razor-thin margins for more than two decades. But because it was gaining market share and killing off its brick-and-mortar competition, investors rewarded it with a high stock price. With this inflated capitalization, Amazon raised money at below market interest rates and used it to increase its market share. Uber has used the same strategy to raise billions of dollars to put potential global competitors out of business. It has been unscrupulous and unethical in its business practices.

Though this may sound strange, copying is good for innovation. This is how Chinese technology companies got started: by adapting Silicon Valley’s technologies for Chinese use and improving on them. It’s how Silicon Valley works too.

Steve Jobs built the Macintosh by copying the windowing interface from the Palo Alto Research Center. As he admitted in 1994, “Picasso had a saying, ‘Good artists copy, great artists steal’; and we have always been shameless about stealing great ideas.”

Apple usually lags in innovations so that it can learn from the successes of others. Indeed, almost every Apple product has elements that are copied. The iPod, for example, was invented by British inventor Kane Kramer; iTunes was built on a technology purchased from Soundjam; and the iPhone frequently copies Samsung’s mobile technologies — while Samsung copies Apple’s.

Facebook’s origins also hark back to the ideas that Zuckerberg copied from MySpace and Friendster. And nothing has changed since: Facebook Places is a replica of Foursquare; Messenger video duplicates Skype; Facebook Stories is a clone of Snapchat; and Facebook Live combines the best features of Meerkat and Periscope. Facebook tried mimicking Whatsapp but couldn’t gain market share, so it spent a fortune to buy the company (again acting on the Silicon Valley mantra that if stealing doesn’t work, then buy).

America doesn’t realize how much things have changed and how rapidly it is losing its competitive edge. With the Trump administration’s constant anti-immigrant rants, foreign-born people are getting a clear message: Go home; we don’t want you. This is a gift to the rest of the world’s nations, because the immigrant exodus is boosting their innovation capabilities. And America’s rising protectionist sentiments provide encouragement to other nations to raise their own walls.

Vivek Wadhwa is Distinguished Fellow at Carnegie Mellon University Engineering at Silicon Valley and author of The Driver in the Driverless Car: How Our Technology Choices Will Create the Future.