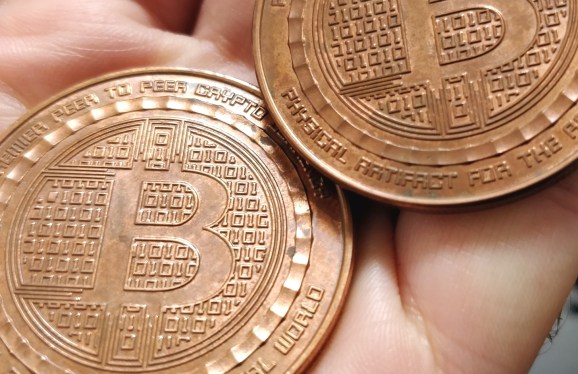 Crowdfunding platform Indiegogo announced today on its website that it will begin listing a select number of initial coin offerings, in yet another step by the company to move beyond perk-based crowdfunding.

The first ICO listed on First Democracy VC is a presale for Fan-Controlled Football League, which, as the name suggests, wants to create professional sporting leagues where decisions are made entirely by fans. Formerly called Fanchise, the company previously raised more than $63,000 through an Indiegogo campaign. In 2015, the company purchased a slot in the 10-team Indoor Football League and launched its first team, the Salt Lake City Screaming Eagles. Fanchise allowed Indiegogo backers to make a team decision based upon how much money they donated to the initial campaign — backers who donated $300 were able to design a play, for example, while backers who donated $100 got to choose the end zone dance.

Now, according to FCFL’s white paper, it wants to leverage the Ethereum blockchain to “maintain ledger-based transparency for all fan-driven decisions and reward allocations.”

Backers of FCFL can go to the First Democracy VC portal to enter into a Simple Agreement for Future Tokens (SAFT). FCFL’s currency is called FAN Tokens. The more FAN Tokens a person has, the more decisions he or she will be able to make, ranging from voting on a coach to leading a real-time play call.

Starting today, companies can also apply to list their ICO on First Democracy VC. According to Indiegogo’s website, companies will be able to offer securities and utility tokens to both accredited and non-accredited investors, and can  have their white papers reviewed by “Indiegogo, MicroVentures, leading securities, and cryptocurrency law firms.”