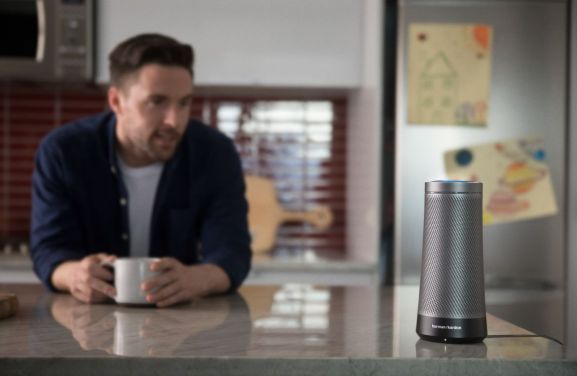 Invoke speaker with Cortana inside.

Microsoft’s AI assistant Cortana is now able to integrate with Gmail and Google Calendar accounts. Until recently, Outlook and Office 365 were the only calendar and email options for users of Cortana on devices like Windows 10 PCs and Microsoft’s first smart speaker with Cortana inside, the Harman Kardon Invoke.

Cortana support with email and calendar functionality announced today will be extended to additional devices this spring, according to a Microsoft spokesperson.

With this Google integration, Cortana can now tell you about events on your calendar and add events to your calendar that include people in your contact list. Cortana can also share schedules across Office 365, Outlook, and Gmail calendars.

Google Calendar support begins today on the Cortana app and the Invoke, while email features announced today will be made available at an undetermined later date, a Microsoft spokesperson told VentureBeat in an email.

Once email is available, Cortana will be able to read emails back to you, catch you up on the latest inbox activity and allow you to compose and send responses using only your voice. Cortana will also be able to prioritize emails from important contacts and deem some as high priority.

For context, Google Assistant cannot read emails aloud, add invitees to a meeting, prioritize which emails to read aloud, or carry out other email or calendar-related tasks Cortana can currently do or will soon be able to do.

The news today comes as little shock, as Cortana-Gmail integrations were spotted earlier this week on Windows 10 devices.

Wunderlist for Cortana lets you add items to a to-do list, and a Skype integration with Invoke lets you make voice calls with Cortana on an Invoke, and the LinkedIn integration made in 2015 allows you to ask questions about a person such as job role or title.

Cortana is currently available on more than 500 million Windows 10 devices and is used by 140 million people a month.

In addition to the debut of a smart speaker with Cortana inside this fall, Microsoft made Cortana a permanent fixture in the contact lists of Skype users in October.