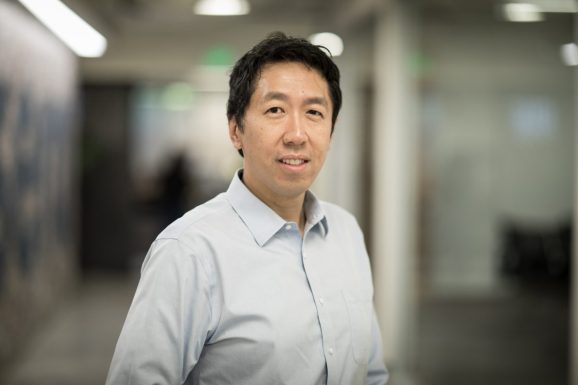 AI technology has the potential to transform all manner of industries around the globe, and one of the field’s luminaries today unveiled a new startup he’s working on to bring intelligence to manufacturing.

Andrew Ng, who helped start the Google Brain project and previously served as the head of Baidu’s AI efforts, announced Landing.ai, a company aimed at helping businesses in the manufacturing sector transform themselves into AI companies. Ng picked manufacturing because it has a number of problems that machine learning techniques can help with, and AI has the potential to radically transform the industry.

Landing.ai hopes to do that by creating and providing software for manufacturing companies, as well as offering educational materials to those businesses to help employees and executives take advantage of new tools. The manufacturing industry is ripe for this sort of innovation, Ng said, adding that his company is working on a number of software offerings that can help solve common problems.

For example, one product that Landing.ai has developed is a visual inspection system that uses images from a camera to identify defects in products. That sort of work is typically done by humans, but Ng said that the company’s software could solve the problem with greater accuracy and efficiency.

Building AI companies is a topic Ng has discussed publicly for some time now, including his views that businesses will have to rearchitect themselves in order to take the greatest advantage of the new technology. Landing.ai is designed to help companies do that. Its name refers to a term for bringing research into production, Ng told a group of reporters during a closed-door briefing earlier this week.

One of the benefits of Landing.ai is that working with the startup would let enterprises access technical experts in the field, without having to pay for an entire team of data scientists. Right now, qualified AI professionals can command a high price for their skills, since companies like Microsoft, Facebook, Google, Baidu, and Amazon are all fighting for the same specialized talent to build products of their own.

While Landing.ai’s work requires closer collaboration than that of a typical software vendor, Ng said that its approach is more “leveraged” than a traditional consulting firm. For example, rather than employ people to install cameras along inspection lines for the company’s inspection software, Landing.ai will teach its clients to do the installation, and focus on other work. The company is taking a similar approach when it comes to cleaning data for processing with AI systems.

Landing.ai is committed to using its prowess training employees to help them weather the transition into an AI-powered future. That education is something Ng has a great deal of expertise with, considering he’s a cofounder of online learning platform Coursera. (He’s currently wrapping up work on a deep learning specialization course, which he launched on the service earlier this year.)

Right now, his new startup is in the process of pursuing a handful of early clients, with a focus on companies in the U.S., Japan, and China. One of its key early customers is Foxconn, a Chinese manufacturing giant that builds iPhones, among many other products.

Ng wasn’t ready to disclose Landing.ai’s fundraising activities, but he said the company has had no shortage of offers from investors.

Looking toward the future, Ng said Landing.ai could move into other sectors, like logistics, as well as providing more public education resources to help a broader population adopt new tools.