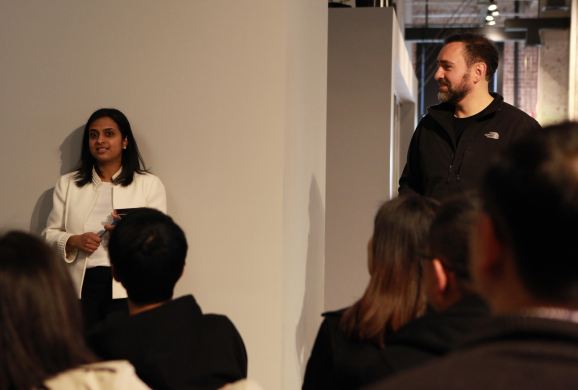 Silicon Valley-based accelerator Y Combinator (YC) announced today that it is launching a growth program for later stage startups. The program, which will be a 10-week dinner series, is designed for founders of post-series A startups who have between 50 and 100 employees.

Over the past decade, YC has become a pivotal player in the startup scene, funding seed-stage startups through its biannual batch program, which offers founders three months of mentoring, as well as $120,000 for a 7 percent equity stake. Notable graduates include Airbnb, Dropbox, Instacart, Reddit, and Stripe.

A little over two years ago, the accelerator launched the YC Continuity Fund, which invests in YC startups well after they have graduated. Recent examples include Quora and Lob. Now, with this growth program, the accelerator will help some of these later-stage startups to scale even further.

“If we imagine Y Combinator as the university degree for startups, the Growth Program is grad school,” YC Continuity Fund partners Ali Rowghani and Anu Hariharan wrote in a blog post.

The accelerator ran a pilot of this program last spring that included YC startups like Segment, Front, Checkr, and Gitlab. After getting positive feedback on this exercise, YC decided to implement a formal program. Each weekly dinner will focus on a specific issue that every startup has to overcome in order to scale successfully. These include hiring senior management teams, growing revenue faster with a successful sales and marketing team, and recruiting engineers at scale.

“Founders whose startups reach this stage tell us that their YC network thins over time, especially within their batch,” wrote Rowghani and Hariharan. “Our hope is that the Growth Program can ‘re-batch’ startups, giving founders a new set of batchmates who are all facing similar problems.”

Although the program will focus on active YC startups, the accelerator plans on including a few companies that did not previously participate in YC’s core program.

According to YC, out of 1,200+ active YC startups today, there are only about 100 with more than 50 employees and only 60 with more than 100 employees. After completing a short application, founders of such startups will be selected to participate in the growth program for free. YC plans on running the program twice a year, in two batches of around 15 startups each, starting in April and September each year.

The formal launch is scheduled for April 2018.