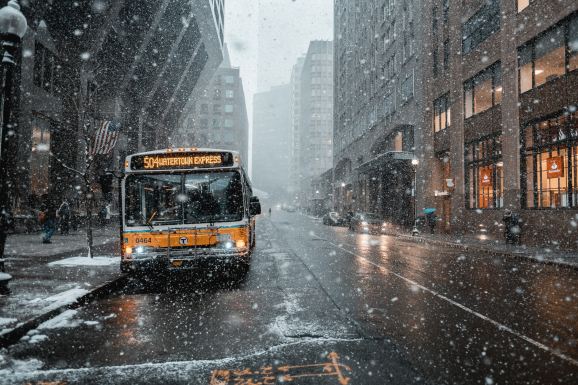 Google announced today in a blog post that Google Maps can now give step-by-step instructions to public transportation riders getting around on the bus and train. This is for the Android version of the app. To keep you on track toward your destination, navigation instructions — including bus and train transfers — now appear in push notifications that appear on smartphone lockscreens along with expected time of arrival (ETA) and the number of stops before it’s time to hop off.

While Maps has been able to tell you about bus nearby bus lines for some time now, step-by-step navigation by bus or train is new, and this comes after such navigation was made available for drivers, walkers, and bike riders.

The addition of detailed navigation for public transportation riders is welcome news for a lot of people. According to the American Public Transportation Association, 35 million Americans commute the work on the bus or train every weekday.

Google has added a handful of new features this year to cater to commuters who get around with the bus and train. In February, Google Maps for Android made real-time transit information and ETAs available for bus and train riders.

Custom updates for commuters were also introduced so Google Maps can deliver commute instructions and delay times for people who walk, drive, take the bus and train, ride a motorcycle, or ride a bike to and from work.