Virtual reality may be stalled with consumers, but it might be catching on with enterprises. That’s one of the messages delivered recently by the “extended reality” team at Accenture, the big tech and business consulting company.

Extended reality applies to augmented reality, virtual reality, and mixed reality applications. To see a company like Accenture embracing extended reality is encouraging for the fledgling technologies, as Accenture is the largest digital agency in the world, with 40,000 people in that particular practice. And it has a total work force of 425,000 consultants.

I interviewed a few members of Accenture’s Silicon Valley and Los Angeles teams at the VRX 2017 event, where we talked about the big consulting company’s efforts to establish VR beyond gaming. The company has hundreds of people working on extended reality technologies, and they’re putting in place the resources, processes, and technology to help businesses take advantage of VR and AR. 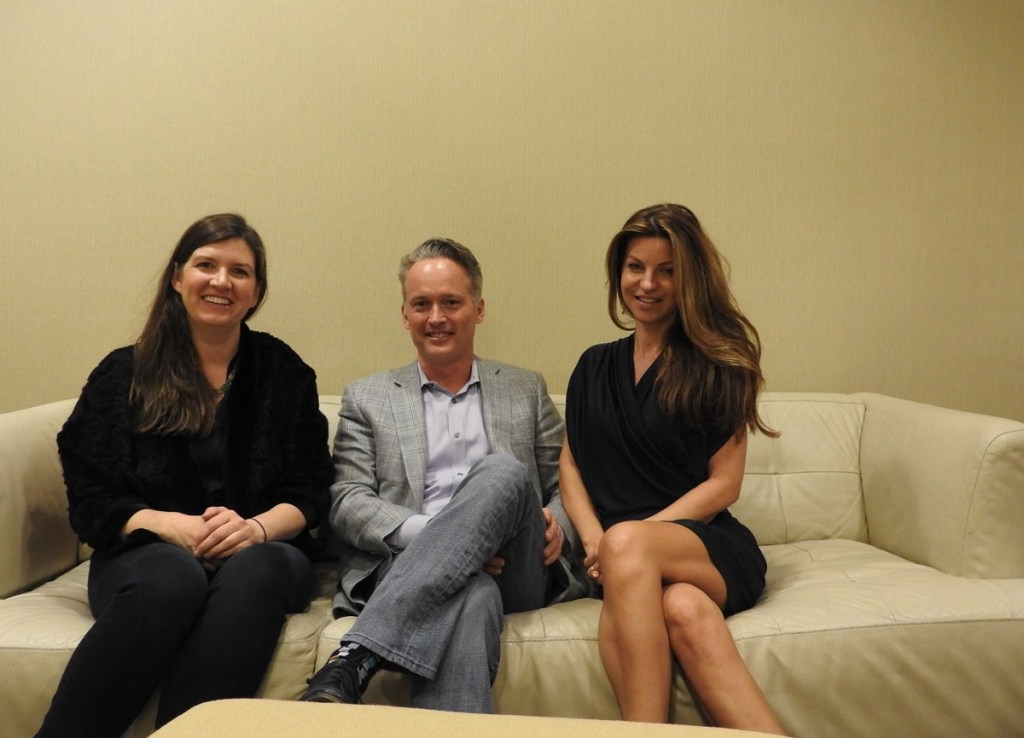 While consumer adoption of VR is slow, Accenture’s Jason Welsh, managing director of Accenture Extended Reality, said, “The enterprise will drive adoption. A year ago, people were playing around. This year, we are seeing metrics on return on investment.”

That’s because many enterprise applications don’t need the gee-whiz graphics quality of high-end VR games. If you’re training someone how to drive a forklift, you might do perfectly fine with a $400 Windows mixed reality headset from Dell. On the flip side, some enterprises will spend thousands of dollars on a Microsoft HoloLens headset if it means it could save them millions of dollars in training costs.

“Yes, we have to find the use cases and the business value,” Welsh said. “Our clients are getting out of the lab and into the operations. That’s the kind of conversation we are having now. Chief technology officers are thinking this is another wave and they have to be ready. They want us to update their strategy and figure out how to run these extended reality businesses in the next five years.”

Accenture showed me a fashion commerce app that its extended reality team and Specular Theory built during a VR jam, dubbed Innov8. Within a couple of days, they filmed fashion models with a variety of clothing, makeup, and footwear. Then they built a commerce app in VR, where you could shop for items by seeing how they looked on real-life models. 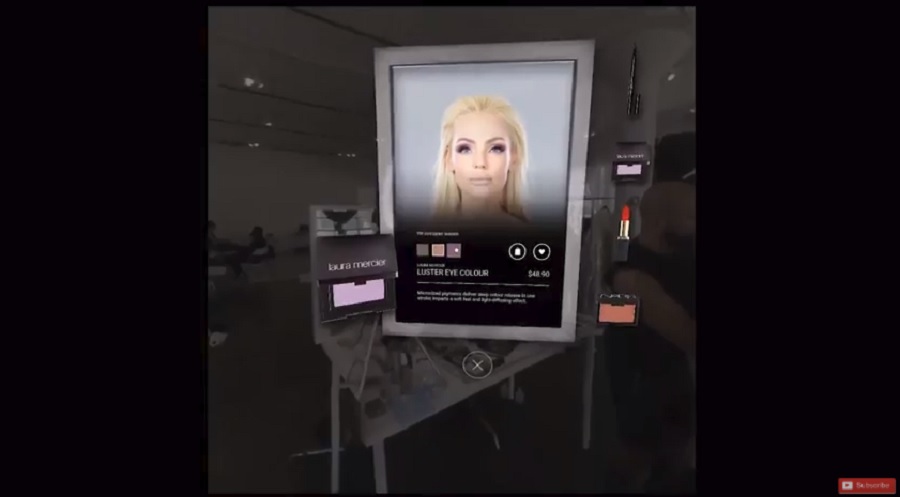 Above: You can change a model’s lipstick in this VR app.

Dubbed Behind The Style, the app blends fashion, tech, and “vcommerce,” or visual commerce. The app captures the experience of a photo shoot in an interactive way. When I looked at it, I found it was quite simple to use. I looked at icons to activate them. When I looked at a model, I could change her lipstick by looking at the different products. As I did so, the lipstick color on the model’s face changed. And if I wanted to buy an item, I could do so by gazing at the item.

The whole point was to make the shopping process more engaging and memorable or relevant. If you can use technology to improve connections with customers, it represents a new way for brands to interact with consumers.

Mary Hamilton, managing director and digital experiences R&D lead at Accenture Technology Labs, said the company has been doing a lot of research and development over the past five years to bring the emerging technology together for the benefit of clients. Once that technology is mature, Hamilton’s group hands it over to the practice under people like Welsh. 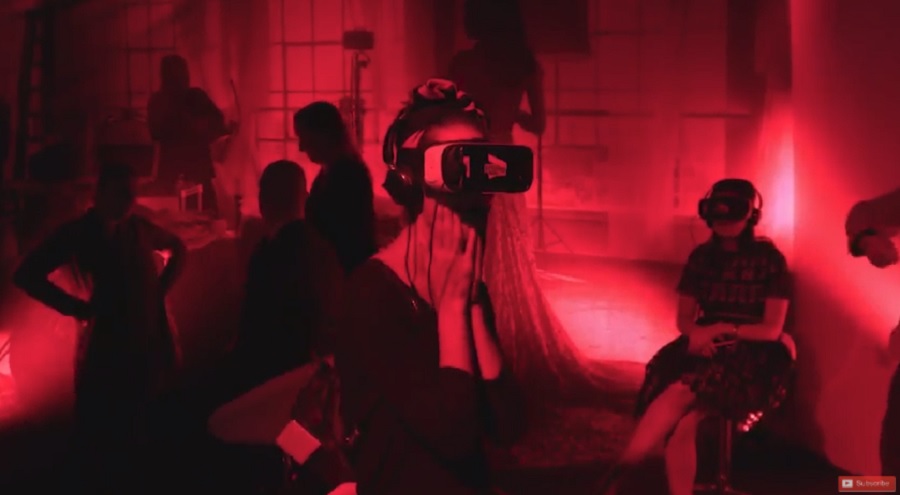 Above: Accenture’s fashion app being demoed.

Over time, Accenture believes that it can drive new services revenues with its clients. Welsh said that training-as-a-service is one of the big opportunities for VR in the enterprise. But the companies have to make sure they aren’t just using the tech for tech’s sake. The brand has to come off as doing something authentic and engaging in VR or AR, as opposed to just slapping its name on a new technology.

“We see an opportunity for technical training for things like forklifts, where there are very strong results with VR training,” said Welsh. “If you have a five-year business plan, you can think of this as a growth strategy. [Companies] will invest in that.”

Oil and gas exploration companies are the kind of companies that could use VR and AR to improve employee knowledge and training. If their employees become more effective and are able to do their jobs more quickly, that’s a huge win in productivity, Welsh said.

Hamilton said that some trainees at Children’s Hospital in Miami had 20 percent retention among doctors a week after practicing CPR on plastic dummy babies. Using VR, that retention shot up to 80 percent after one year.

“Those are good examples of setting the stage for VR training,” Hamilton said. “If you need full reality, maybe VR isn’t there yet. But if you are replacing paper-based or video training, VR can be far more effective.” 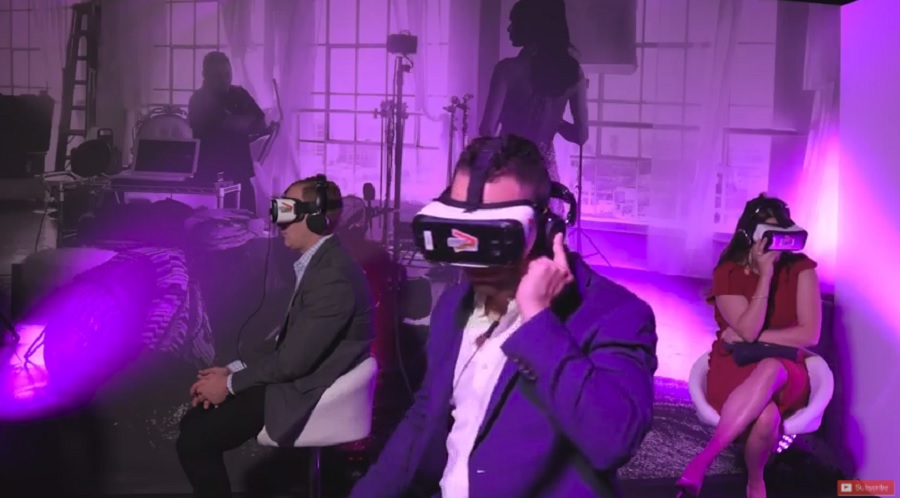 Above: Accenture’s fashion app engages consumers and tries to get them to buy things.

Hamilton said clients are still figuring out where to best use VR or AR.

Raffaella Camera, head of go-to-market at Accenture Extended Reality, said that AR lends itself well to manufacturing, while VR applies well in the behavioral-based experiences, where you’re trying to make an impact on how someone feels about something.

“Movies like Ready Player One [coming in the spring] will help with the cultural acceptance among consumers,” Camera said.

Welsh added, “Location-based entertainment is slower than people expected in the U.S., but it’s huge in China, and they’re pushing the envelope in new models.”

Welsh is looking forward to the untethered VR headsets coming next year that will work well in enterprises.

“That’s going to be good enough for a lot of use cases,” Welsh said.