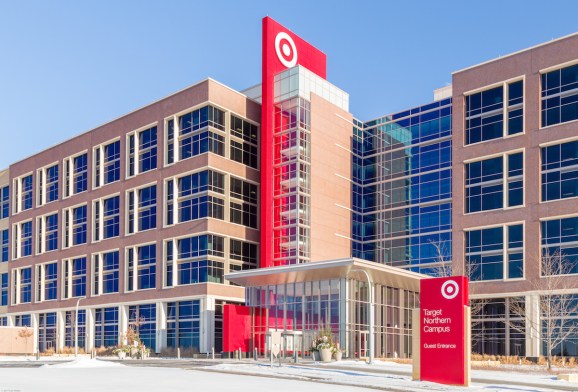 Minnesota is home to a number of Fortune 500 retail companies like Target, Best Buy, and Supervalu. It also boasts a number of Fortune 500 companies that build out the entire retail ecosystem, including supply chain companies such as CH Robinson and CPG manufacturers such as General Mills and 3M. These companies are all within a 30-minute radius of each other, which has created a very exciting opportunity for startups looking to innovate in the retail environment.

Techstars, for example, chose to locate its now two-year-old retail accelerator in Minnesota for this very reason. And they have found that at least in some cases, incumbent retailers have proven receptive to working with retail startups.

Best Buy, headquartered just outside of Minneapolis, realized that consumers want the ability to search using natural language and by voice. So Best Buy teamed up with AddStructure, a Chicago-based startup that leverages a retailer’s product reviews to enable complex natural language and voice search. You can now say, “OK Google, search for an easy-to-clean waffle maker” and your Google Home will respond, “Here’s a summary from the website bestbuy.com.” In addition to optimizing their site to capture voice queries, Best Buy also built a skill for Amazon’s Alexa that can help you shop through natural language. The skill helps consumers conduct research, hear the deal of the day, and purchase products. Try it for yourself by saying “Alexa, talk to Best Buy.”

According to AddStructure’s cofounder Jarrod Wolf, “It’s likely that in the near future, big box retailers will begin to leverage these devices to improve the in-store guest experience. Consumers could be able to ask questions about product features, ask where products are located, and get instant answers to inquiries about store policies (such as returns).”

Another growing player in the retail tech space is Minneapolis-based Branch Messenger. Branch Messenger builds a suite of tools that allows store managers to reallocate staff as demand fluctuates. Previously, cashiers could only change their shifts at the store to which they were allocated, but now they can pick up some hours at another store nearby that may have a shortage. Conversely, if a customer support center has too many support agents, these agents could be offered the chance to go home early.

“In large retailers like Target, the amount of time spent to bring in additional team members can impact overall guest experience. Enabling Branch Messenger’s technology to do this for them has allowed them to meet the needs of the guest in a more efficient way, leading to increased sales and better labor productivity,” said Atif Siddiqi, cofounder of Branch Messenger.

The last major exit in the retail technology space in Minnesota was when Oracle acquired Minneapolis-based Retek for $630 million back in 2005. There haven’t been any major exits in the space since then, but we are seeing a number of retail startups raising serious capital in Midwest. Branch Messenger has raised $10 million, and AddStructure has raised $1.8 million.

Like Retek, all of these companies are leveraging the retail ecosystem in the Midwest as a competitive advantage.

Retail tech startups in the Midwest face competition from Seattle-based Amazon and New Jersey-based Jet.com (now part of Walmart). These tech first giants are innovating at a furious pace, challenging retail norms and changing the way we want to shop.

“The retail industry is completely in flux due to the insurgence of Amazon and consumer shopping trends changing. However, I view this as a massive opportunity for retail startups. Whenever there is this amount of disruption, there are opportunities for startups to pounce,” said Ryan Broshar, managing director of Techstars Retail.

As more and more of our shopping moves online, these retail tech startups can not only ensure that big box retailers remain relevant, but also that Minnesota and the greater Midwest can become a leader in this growing sector.

Ahmed Siddiqui is VP of product management at Marqeta, a payments technology startup, and was formerly the San Francisco Bay Area leader for Startup Weekend.