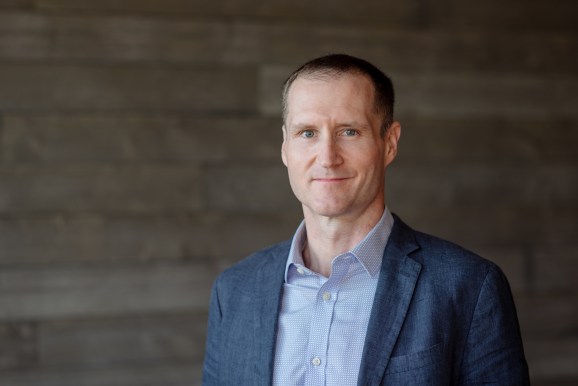 Many VC firms pride themselves on being based in Silicon Valley, where the action is. The region may attract top talent and create an undeniably powerful network effect, but the Heartland has its fair share of innovative startups and funding.

After working for 21 years as a research analyst at Piper Jaffray, Gene Munster decided to set up shop in Minneapolis as a venture capitalist. Loup Ventures (Loup is French for “wolf”) focuses on four core areas: artificial intelligence, robotics, virtual reality, and augmented reality.

The renowned Apple analyst gave us some tips on what’s to come in 2018, the types of investments he and his team are eyeing, and which new Apple product excites him.

VentureBeat: You set up Loup Ventures about a year ago in Minneapolis. What are some of the sectors that you see growing in the region?

Gene Munster: First, I would say that tech is everywhere, not just in Silicon Valley. There is certainly still a concentration of talent on the coasts, but technical competence has grown across the entire country since the rise of the internet, then the smartphone. That’s a long way of saying that we’re seeing elements of all of our focus themes in emerging technology grow in the Midwest. As for specific examples, while we have not invested in that space, we’ve naturally seen agtech expanding in our region. These companies tend to be powered by a combination of AI and robotics. The technologies are addressing tools used by growers and logistics around commodities.

VB: How much of your fund have you invested in the Heartland versus Silicon Valley this year? What’s the ratio?

Munster: About 60 percent of the deals we see come from outside of San Francisco. Of the eight investments we have made or committed to, three are San Francisco-based, three on the East Coast, and two in the Midwest.

VB: You mainly focus on AI, robotics, and AR/VR. What was overhyped this year? What will we see sticking around in 2018?

Munster: We continue to believe those four themes will fundamentally change how we live and work over the next 10 years. That said, in 2017, VR adoption was slower than we expected, and AI, robotics, and AR have been faster than we expected. We believe Oculus Go, which comes out in early 2018, will be a positive for VR growth. While AI seems to be overhyped, it’s not. Some worry about another winter because we’ve seen excitement around AI before. What’s different this time is that we have more data than ever. AI is a natural and necessary evolution from the big data trend of the past decade. The impact AI will have on our lives is just beginning and that’s why it’s not overhyped.

VB: Which specific sectors will you be looking at in 2018? Autonomous vehicles, apple-picking robots, VR gaming?

Munster: One area we’re looking at is autonomous vehicles. It may already seem like an obvious theme, but we will be hearing more about autonomous vehicles in 2018, and those vehicles will start showing up in most U.S. cities in 2019. The investment phase is going on now, with a range of companies working on computer vision and peer-to-peer vehicle communications. Separately, brain tech is an area of focus for us. We’ve spent a lot of time understanding the brain machine interface space, which we see as a key development for next generation interfaces like VR and AR (in the non-invasive sense) and AI (in the invasive sense).

VB: Do you come across a lot of lovetech/sextech in AI and robotics? Like humans interacting with robots on an emotional level, having sex with robots Westworld-style…

Munster: Kind of. We looked at a company named Relate. They provide a virtual relationship coach. They’re not doing virtual sex, but the idea is if you’re a better communicator, you’re a better partner.

VB: Any predictions for Apple next year? Is the acquisition of Shazam a strategy to boost Siri and rival Amazon and Google assistants?

Munster: The exciting new product in 2018 from Apple will be HomePod, which is a combo product — high fidelity smart speaker for Apple Music playback and more importantly an amped-up Siri offering for your home. Apple will tie HomePod to Apple TV, the iPhone, and HomeKit. A big opportunity for the company to take the smart speaker to the next level.