Japan will lead the world in cryptocurrency adoption, according to a survey of crypto investors my team at Waves conducted last month. We surveyed 678 cryptocurrency investors from the EU, the US, Turkey, Brazil, Russia, and other countries to gauge their level of confidence in blockchain technologies and currencies.

Most crypto investors in the survey had never invested in other forms of assets. Only 32 percent of them had invested in shares or bonds, and 14 percent in real estate. Another 17 percent of investors had sought returns from bank deposits. 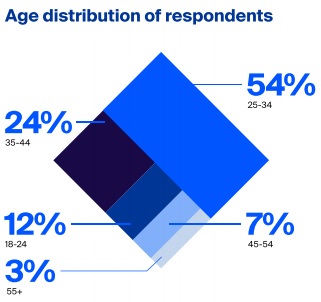 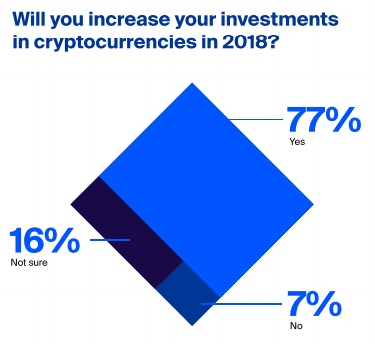 Despite fears from many experts that there’s a bubble forming in the cryptocurrency market, investors indicate they do not intend to reduce their investments in these types of assets. In fact, 77 percent of respondents said they expect to increase their exposure to cryptocurrencies in the coming year. At the same time, crypto investors are aware of potential risks. Fifty-one percent of them consider the risks of losing funds moderate, and one in five recognize a high risk.

Twenty-seven percent of those we polled expect Japan to become the global leader in the development of the cryptocurrency industry next year, followed by Russia (15 percent) and South Korea (15 percent), and the U.S. in fourth place (14 percent).

In addition, 65 percent of crypto investors believe digital coins will be integrated into the real economy over the next five years. A further 25 percent consider this a possibility, and only 10 percent think it unrealistic. 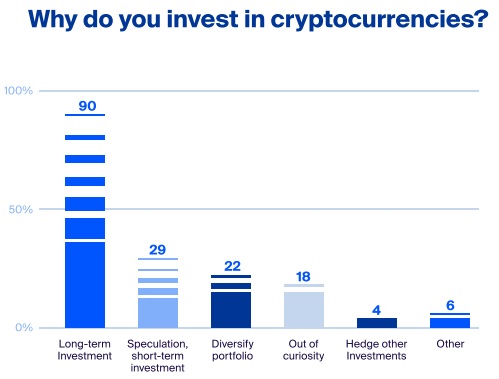 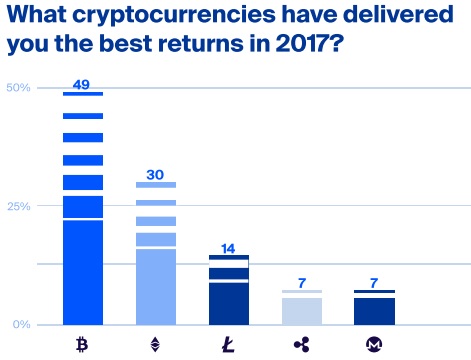 Investor perspectives varied quite a bit by geography, though. American investors, for example, were more likely to see the U.S. as a leader in blockchain and cryptocurrencies. Twenty-nine percent of the Americans we polled said the U.S. will become the global leader in the development of the cryptocurrency industry next year. U.S. investors placed Japan in second place (27 percent), and South Korea third (12 percent).

Eighty-nine percent of the Europeans interviewed believe in the future of сryptocurrency and are investing with a long-term perspective. European respondents expect Japan to take the lead in the crypto industry, with the EU in second place and Russia in third. Fifty-nine percent of European crypto investors believe digital coins will be integrated into the real economy over the next five years.

A bit of detail on how we conducted our survey: We published and promoted the survey to the Waves community and blog as well as to investor communities and to social media channels where there are a lot of crypto investors. We excluded responses that didn’t include country or age information, and we matched responses to IP addresses to prevent duplications. The geographic breakdown of respondents was as follows: 44 percent from the EU, 14 percent U.S., 10 percent Russia, 6 percent Turkey, 3 percent Brazil, 23 percent other. 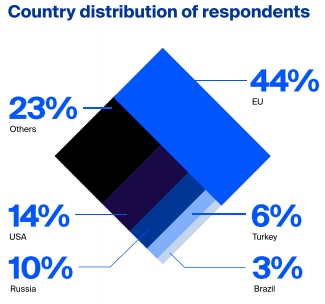 Alexander Ivanov is CEO and founder of the Waves blockchain platform.