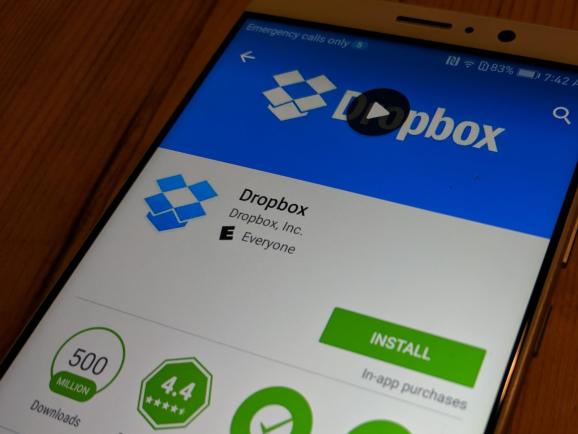 At the risk of sounding like a broken record, next year the IPO dam could finally bust wide open. And while we’ve probably written that line in some form for the last several years, this time it might really be true.

While 2017 got off to a strong start, a number of factors tamped down IPO enthusiasm, particularly the sputtering IPOs of Snap and Blue Apron. The year was decent, but it should have been better.

“We believe that 2018 could be a banner year for technology IPOs,” wrote Renaissance Capital in its annual year-end IPO analysis. “A deep bench of tech unicorns has had years to prepare offerings. Volatility is low, corporate taxes are on their way down, and public market valuations are as good as they can hope for. Many tech firms will likely need capital, while employees and investors will seek much-needed liquidity.”

Consider these factors cited by Renaissance Capital. Of the 261 companies on its Private Company Watchlist, more than 50 have picked banks or confidentially filed to go public.

By the same measure, CB Insights counts 355 venture capital and private equity-backed U.S. technology companies in its 2018 Tech IPO Pipeline. The firm defines these as companies that “demonstrate significant momentum based on our private company Mosaic ratings.” Mosaic is CB Insight’s “proprietary company rating algorithm.” Those companies have collectively raised more than $100 billion in financing.

Naturally, anything and everything could go wrong. An IPO stumble could spook investors. The stock markets’ bull run could end. Armageddon. It’s a crazy world, after all.

Still, both firms are betting that a number of big names that have been regulars on these annual IPO lists will finally — finally! — make their debuts on their public markets. These will almost certainly include Sweden’s Spotify, which is negotiating to list directly on the U.S. exchanges. China’s Xiaomi is also rumored to be eyeing an IPO in the U.S. in 2018. Both of those could provide a massive shot of adrenaline, but since they’re not based in the U.S, we’re excluding them from the list.

Thoughts: Saw big growth in 2017 thanks to the slow-rolling implosion of Uber.

Thoughts: Online file sharing and storage unicorn reportedly turned EBITDA-positive in 2017. Might as well sneak out the window when it can.

Thoughts: The payment company was founded more than 10 years ago. Soon it will be able to start growing a beard.

Thoughts: A bit of a mystery contestant. The Illinois company makes a cloud-based Wi-Fi platform. But Renaissance ranked it as one of its most likely prospects for the coming year.

Thoughts: The enterprise security services company is in the right market at the right time.

Thoughts: One of the top five valuations for a private venture-backed company. The question is whether it’s passed enough regulatory hiccups to ease investors’ worried minds.

Thoughts: It’s like the last rodeo at the social media corral. Sure, why not?

Thoughts: Still hard not to say “…arigato, Mr. Roboto” when someone says this name.

Thoughts: Company’s platform optimizes programmatic online advertising, which is all the rage in these digital days, even if it makes the Mad Men of yore weep and drives a knife into the heart of all the creative types who wear black turtlenecks on Madison Avenue.

Thoughts: Helps manage online subscriptions, which are indeed a pain. CB Insights ranks this one as a top 5 prospect for 2018 IPOs.

Thoughts: Making a karma joke seems too easy, so we won’t. CB Insights also places it in the top 5 prospects.