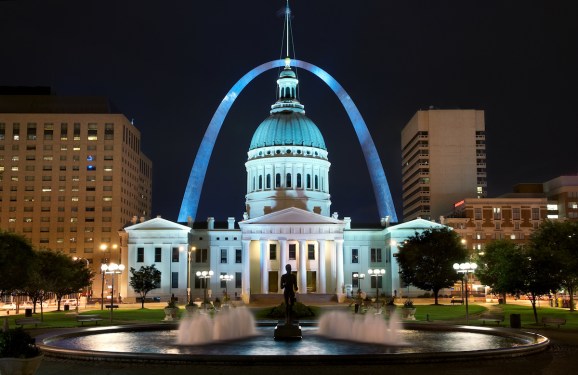 Building a startup in Silicon Valley has its advantages: close proximity to investors, availability of talent, and an appetite for — and history of — innovation.

However, not every successful startup begins in Silicon Valley. It can be expensive to sustain company growth there, or the startup might solve a pain point that exists outside the Valley. Even more simply, you just might have been somewhere else when you started the business. For these and other reasons, there are an increasing number of startup hubs in cities like Austin, Seattle, Toronto, and more recently Phoenix that produce innovative technology companies.

My own business, Varsity Tutors, stemmed from an immediate need I saw in my hometown of St. Louis. As a student at Washington University in St. Louis, I struggled to find high-quality tutoring for one of my courses. I quickly realized that most people don’t have convenient access to great one-on-one tutors, and Varsity Tutors was thus born.

Like any startup, we’ve experienced our challenges. Some were influenced by our location outside Silicon Valley. But over the past 10 years, we’ve also benefited from our decision to build a business elsewhere. Through that process, I’ve learned several things that can help other founders who are weighing a similar decision.

Silicon Valley has a lot of distractions

Maintaining focus is critical to business success, and there are a lot of distractions in Silicon Valley. As a founder, it can be tempting to want to spend your days networking, taking coffee meetings and attending cocktail events in hopes that you’ll meet the “right” people. But all of those meetings take up precious time. Another distraction comes from trying to outdo the startup that shares your coworking space or that’s located just down the road.

Beyond competing to be the market leader, in Silicon Valley technology companies fight to hire top talent with extravagant or unusual perks and lavish parties. Facebook and Google have even started to offer housing accommodations to employees. Outside of the Valley, you encounter fewer distractions, and you can focus on building a strong and successful company.

There are more than 31,000 startups in Silicon Valley, according to AngelList. As many as 9 out of 10 of them will ultimately fail. It can be both discouraging and overwhelming to start a company in the area. It is immensely difficult to stand out there.

In St. Louis and other similar cities, the number of startups is much lower. We’ve found that the local community rallies behind us for most announcements or initiatives we launch. In the early days, local TV stations and newspapers covered our news, no matter how small. Local civic leaders continue to recognize our business and include us in conversations about St. Louis as a growing tech hub. I still have deep ties to Washington University, my alma mater, where Varsity Tutors is touted as a local entrepreneurial success story.

Cultivating the same civic pride isn’t easy in the Valley, and we rarely see it with early-stage startups. It’s not until companies in the Valley are in the later stages of their lifecycle, often market leaders, that they’re able to garner the same enthusiasm and support around the product, mission, or leadership.

People outside the Valley may not understand your vision

Individuals in Silicon Valley are, in many ways, more accustomed and receptive to concepts that dramatically alter the face of an industry. Consider Airbnb — its founders spent their early days selling collectible cereal to pay their bills, all while trying to convince investors that people would welcome the opportunity to sleep in a stranger’s home. The idea sounded improbable, but Silicon Valley understood that sometimes you have to take risks. The risk worked out, and Airbnb is now valued at $31 billion.

In the Midwest and in other parts of the country, people are more risk-averse, and they may be more skeptical of radical ideas. When I founded Varsity Tutors, many people thought it would fail — in part because it was an unfamiliar concept to build a digital marketplace around what had been an offline service. It was challenging to convince people in our community that technology would fundamentally change how live instruction was accessed and consumed. Ultimately, it took more time than it might have in Silicon Valley to get people on board with our mission and our value proposition.

When starting a company, saving money should be top of mind from day one. The costs of operating a business are significantly affected by the cost of living in a city. Take San Francisco, for instance. There’s no question that rent in San Francisco is astronomical compared to other parts of the country. The average one-bedroom apartment in San Francisco costs $2,800 per month, while in St. Louis, you can get a similar apartment for $720. And studies have shown you don’t need to make as much money in other areas of the country to reach peak happiness (because it costs less to meet your basic needs).

From leasing an office space to paying employees, the cost of living in a city affects a company’s bottom line. Operating a business outside of Silicon Valley can enable you to save money early on and be more strategic about how you spend that money to grow your business.

No matter your location, growing a startup isn’t easy. Silicon Valley offers a convincing case for startups to succeed, with easy access to investors and an environment that encourages innovative thinking. But it’s not the only path, and it isn’t free of challenges — it can be difficult to continually compete with others and to distinguish yourself there. Meanwhile, companies like CrossChx in Columbus, Ohio; Fanatics in Jacksonville, Florida; and my own Varsity Tutors are thriving in environments that haven’t traditionally been associated with startups. With the right leadership, team, mindset, and customer focus, no location is an obstacle to success.