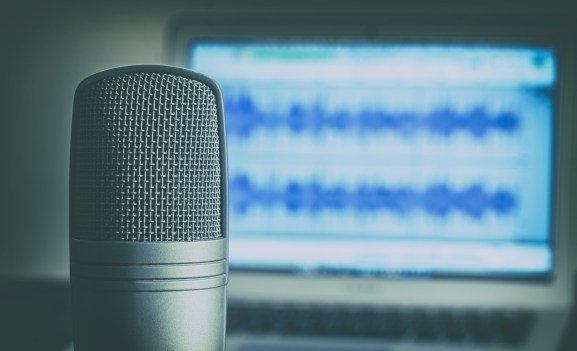 The year 2017 will likely be remembered for many things across the technology spectrum, from major breakthroughs in artificial intelligence (AI) and milestone moments in autonomous vehicles to Amazon conceding that a major offline presence in groceries was needed to compete in retail.

But buried within the big headline-grabbing stories of the year were microtrends that sprang up almost by surprise. And one of those relates to the humble podcast.

Though the podcast is far from a new medium, 2017 saw a surge of activity related to the audio broadcast format.

A couple of weeks back, Apple finally launched its podcast analytics feature so creators can garner more data about how their listeners consume podcasts on iOS devices and can gain potentially valuable insights into their listening habits.

This could be a game-changer not only in terms of how podcasters use data to inform their handiwork but in their ability to attract revenue by giving advertisers more information about listeners.

When the feature was quietly announced at WWDC back in June, some of those in the know suggested that Apple’s podcast analytics tool was the biggest thing to have happened to podcasting in quite some time, given that Apple’s mobile platforms still play a pivotal role in the podcast industry.

It may look obscure, but this is the biggest thing to happen to the podcast business since Serial first went nuclear https://t.co/4tWfvckKM9

But Apple’s announcement was really the cherry on the cake for a year that saw interest in podcasting hit new heights in terms of popularity, ad revenue, and investment.

In a one-month period between August and September, New York-based podcast studio and network Gimlet Media raised $20 million, with big-name backers including advertising giant WPP. In August, San Francisco-based podcast hosting and distribution company Art19 closed a $7.5 million series A round from notable New York- and Menlo Park-based VC firms Bertelsmann Digital Media Investments (BDMI) and DCM Ventures. Later in the month, HowStuffWorks revealed it was spinning out from its parent company as an indie podcast network backed by a fresh $15 million series A investment.

Fast-forward to September, and Google investment arm GV led a $10 million investment in Anchor, a New York-based mobile-focused platform that makes it easy for anyone to record audio on the move and transform that audio into a podcast. This came a week after Stockholm-based podcasting platform Acast raised $19.5 million from a group of Swedish investors.

Podcasting platforms haven’t traditionally garnered significant sums of cash, yet over a two-month period five podcasting companies announced more than $70 million in raises. And that’s not including CastBox, a podcasting startup founded by a former Googler last year, which announced $16 million in funding in October — this was a delayed announcement and constituted a series of investments from early 2016 to June 2017.

The upshot of all this is that podcasting has emerged as a hot industry for investment. But why?

Consumers, it seems, are hungry for audio-based entertainment. The proliferation of smartphones is leading to an explosion in digital audio content, and companies such as Amazon and Google are pushing their voice-enabled smart speakers out to the masses — which bodes well for continued growth. “With some of the biggest companies in the world investing in smart speakers, microphones, and content, audio and voice will only become more popular in the coming years,” Anchor cofounder and CEO Mike Mignano told VentureBeat in an interview earlier this year.

Though the major tech firms have increasingly invested in video, audio holds a number of advantages — you can drive to work, cook dinner, or wire your house while listening to podcasts. “Audio is great because it saves you time,” added Mignano. “You can consume it no matter what you’re doing.”

This multitasking is something people would once do while listening to broadcast radio, but on-demand audio could be changing the landscape. Why listen to your local radio news bulletins when you can turn to podcasts to soak up all things boxing or baseball as you decorate your house?

A report by Edison Research and Triton Digital earlier this year delved into digital media consumption trends, with audio and podcasting featuring prominently. The report found that 67 million Americans, or 24 percent of the population, listen to podcasts each month, which represents a rise of 3 percentage points on the previous year’s 57 million figure.

Additionally, the report found that 60 percent of Americans are now familiar with the term “podcasting,” an increase of 22 percent in two years.

There is no shortage of channels through which to consume podcasts. Countless cross-platform distribution platforms and apps are available, from SoundCloud and Pocket Casts to Stitcher and beyond, making it easy to subscribe to your favorites. However, reports generally indicate that more than 55 percent of podcast listening takes place through Apple’s native iOS Podcast app or iTunes. This is why Apple’s move to open up data to creators (beyond the number of downloads) could prove crucial for the industry’s continued growth — advertisers love data.

U.S. podcast ad revenues are expected to have grown by around 85 percent for 2017, compared to last year’s $119 million, according to recent data from the Interactive Advertising Bureau (IAB). And this is something that the ad agencies are noticing, too.

“Our clients’ media spend has increased 300 percent vs. 2016, and I’d say we have 2 to 5 potential clients cold-calling us every week, interested in learning more about podcast advertising,” said Kurt Kaufer, partner and CMO at audio-focused advertising agency Ad Results Media, in an interview with VentureBeat. “Advertisers are really seeing success, which in return is fueling the ecosystem — raising talent, raising content, and raising ad dollars.”

Apple’s analytics service, which is available in beta now, should allow podcasters to track unique devices and playback metrics, including when the audience drops off during a show. Advertisers will surely be more inclined to spend on podcasts if they know exactly how many people are listening to their ads, rather than paying a fee based on a show’s overall number of downloads, for example.

“We’re optimistic about the idea that creators will have access to more data, as we feel it will create more efficiency in the marketplace,” explained Steve Shanks, partner and CRO at Ad Results Media. “This, in turn, will help the entire industry, both on the advertising and content sides. With increased data and insights, we’ll have the ability to better predict the potential winners and losers for our campaigns, which should create even better results for our clients.”

Of course, the data revealed by the analytics may have the opposite effect — if it turns out that one million people download a podcast but only 5 percent bother listening to the ads, this could deter potential advertisers. But the data arms everyone with the right tools to tackle whatever needs tackling — even if it means rethinking how advertising is delivered through podcasts.

“While some might see this as a complete game-changer for podcast advertising, we still have a ‘wait and see’ mindset,” added Shanks. “While results are everything for us, and we’re excited to see Apple’s interest in developing its analytics platform, it’s still anyone’s guess what exact data will be provided and how this may shift the perceived performance of each individual podcast.”

When U.S. presidential candidates kick off their campaigns with a podcast and online language-learning platforms branch into podcasts to help you learn Spanish, you know there is probably something major bubbling under the surface.

If 2017 was big, 2018 could prove a particularly pivotal year for podcasting as a business.