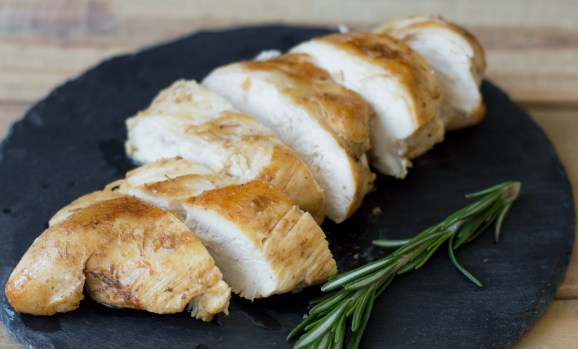 Israeli biotech startup SuperMeat has announced a $3 million seed round to bring its lab-grown meat products to market.

Founded out of Tel Aviv in 2015, SuperMeat is one of a number of lab-made meat startups seeking to capitalize on the burgeoning sustainable food sector. The company’s “clean meat” is created by growing cells that have been extracted from chickens, bypassing the costly and environmentally taxing process of breeding, feeding, and slaughtering animals.

SuperMeat reeled in more than $200,000 in crowdfunding via Indiegogo in 2016, so the company’s latest cash infusion represents its first notable external equity-based funding. Leading the round were U.S-based VC firms New Crop Capital and Stray Dog Capital, though PHW — a billion-dollar German poultry company — also participated.

Maintaining animals raised for meat has a significant impact on the environment through the consumption of land, energy, and water, and a number of “meat substitute” companies have come forward with the promise of a more sustainable approach. Back in August, Memphis Meats raised $17 million from DFJ, food giant Cargill, Bill Gates, Richard Branson, and Atomico, while last month U.S. meat giant Tyson Foods upped its stake in plant-based food startup Beyond Meat. Earlier today, TGI Fridays announced it was adding Beyond Meats’ burger to its menus across the U.S.

SuperMeat’s funding comes as reports predict that Americans will eat a record amount of meat in 2018. Figures from the U.S. Department of Agriculture (USDA) indicate that the average U.S. consumer will munch through 222.2 pounds of meat this year, passing the previous record of 221.9 pounds set in 2004.

Meat, it’s fair to say, is big business. But with environmental issues also a concern for many, companies such as SuperMeat are clearly attractive to institutional investors, while food giants such as Cargill and PHW are looking to the future with strategic investments in cutting-edge food startups.

“SuperMeat is consistent with our pursuit to provide Europe with sustainable, clean foods — we do not see this transaction as a financial investment, but rather as the beginning of a long-term strategic partnership,” noted PHW-Gruppe CEO Peter Wesjohann. “We look forward to working together with SuperMeat and are committed to supporting the company in its research and development, as well as the strategic positioning of its products in the European market.”

SuperMeat said that it expects its “clean chicken” products to go to market within three years, at a price “similar to the conventional chicken products currently available on store shelves,” according to a company statement.

“This partnership [with PHW] will enable us to bring to market a revolutionary new generation of tasty, sustainable meat products throughout Europe and beyond,” added SuperMeat cofounder and CEO Ido Savir.