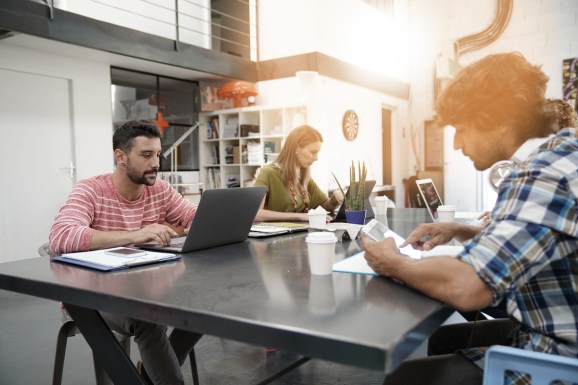 It’s a serious question. While the Bay Area is known for innovation, it’s also known for ridiculously high housing prices that keep even some relatively well-paid tech workers (to say nothing of teachers, police officers, and nurses) struggling to afford a place to live. In an era where income inequality is a growing concern, Silicon Valley remains one of the country’s most economically unequal communities.

The problems of Silicon Valley aren’t restricted to expensive housing. The area’s tech companies often have a reputation for being insular and disengaged from their community. As tech communities and startup scenes grow across the Heartland, it’s important to take a thoughtful approach to creating communities where the wealth and economic opportunity created by tech companies — and basics like housing — isn’t just available to a lucky few.

And it’s important that companies make an active effort to improve the cities and communities they call home.

Here are a few ways your company can do that.

1. Get involved in your local school system

If you’ve been around the tech community for very long, you’ll hear a common complaint: Public schools just aren’t producing students that have the coding and programming skills necessary to succeed in the modern workforce. There are two ways to approach this problem. You can:

In my community, we did something about it. Randy Schilling, the founder of a successful startup and an incubator (BoardPaq and OPO Startups) serves as the chair of the education committee at the St. Charles County EDC Business and Community Partners (disclosure: I am the VP of marketing and entrepreneurship at EDC). Schilling led an effort to purchase 450 Micro:bits miniature computer kits for the community’s 7th grade students. While the initiative is altruistic, hopefully some of the students use the small, programmable device to learn coding and one day become the highly skilled programmers Schilling and other area tech entrepreneurs need.

2. Use your technical talent to solve community problems

There is no shortage of problems that need solving in the cities and communities of the Heartland. Hunger, crime, and homelessness are still far too common. While not every problem has a technology-based solution, some problems can be helped by bringing together talented programmers and engineers. As an example, every year the St. Louis tech community conducts GlobalHack, a hackathon dedicated to solving challenges facing the greater St. Louis area.

Last year, GlobalHack’s focus was homelessness. The year before, the event focused on creating systems and solutions that would help residents navigate the city’s complex court system. This year, the organization will host Code with a Cause, which will focus on helping the region’s nonprofits address specific software needs.

If your company is headquartered in a city that doesn’t have a community-focused hackathon, start one. The talent in your organization that’s disrupting an industry can afford to spend a day using their skills to make your community better.

3. Embrace your role as an agent for change

In the modern era, Bill Gates and Mark Zuckerberg have taken that lesson to heart, particularly on a global scale.

But Heartland entrepreneurs can have a powerful impact on the local level. You don’t need to have the money to build thousands of libraries or cure malaria.

You and your company still have the ability to make a difference. You can give your time and talent. And when you and your company make a difference in your community, you create a virtuous loop that leads to a bigger pool of talented local employees, more potential investors, and state and local public officials who can, in some instances, make your life a lot easier (or, if you’re not a good corporate citizen, a lot harder).

Being a force for good in your community also makes people root for your company. Your city rooting for you to succeed will make a difference, even if your market is national and international.