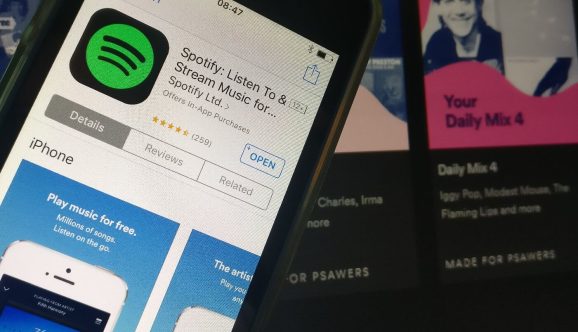 It’s been a big week for Spotify as reports emerged that the music-streaming behemoth has confidentially filed IPO documents ahead of a planned direct stock exchange listing in the first half of 2018.

While Spotify hasn’t commented on the reports — which suggests that they are most likely accurate — the company did piggyback on the news last night when it revealed that it now has 70 million paying subscribers.

This means Spotify is maintaining a consistent path to subscription growth.

By way of example, the company claimed 60 million subscribers at the end of July, which roughly equates to 17 percent growth in paid members over the past five months. Prior to that, Spotify announced 50 million paying members at the beginning of March, meaning its paid member base grew 20 percent in the five months from March through the end of July.

Looking even further back, in mid-September 2016 Spotify revealed that it had 40 million paying members, which means it took Spotify a little more than five months to hit its milestone marker, one which represented a 25 percent increase. And in March 2016, Spotify announced 30 million paying members, having taken six months to hit its milestone in September, for a 33 percent rise.

As you can see, Spotify’s growth as a percentage is slowing, but that is to be expected, given that the overall number of paying members has gone up. But the key figure is the actual number of users gained, which is increasing at a constant rate of around 10 million new paid users every 5-6 months.

By contrast, Apple Music claimed 20 million subscribers in December 2016 and six months later had gained just 7 million. However, three months after that, Apple revealed it now had “well over 30 million paying subscribers.”

It’s difficult to compare the two services since we don’t have full and recent numbers for Apple, but suffice it to say Spotify likely has around twice as many paying subscribers as Apple.

Of course, Spotify’s service differs from Apple’s insofar as Spotify still offers a free tier — Spotify claims more than 140 million users overall. Spotify CEO and cofounder Daniel Ek is adamant that the ad-supported incarnation has allowed the company to lure new users on board and “persuade” them to stay and pay. In an interview with Ek back in 2015, he said that around 80 percent of Spotify subscribers begin as free users, and on the surface it seems the strategy is paying off.