The top tech trends for 2018 will be about the coming of 5G, artificial intelligence, companion robots, smart cities, mixed reality, sports innovation, digital therapeutics, and other areas projected to play a big role in the global economy for years to come.

Those were some of the takeaways from a presentation by analysts at the beginning of the media day for CES 2018, the big tech trade show in Las Vegas this week.

The presentation was made jointly by Steve Koenig and Lesley Rohrbaugh, tech analysts at the Consumer Technology Association that puts on CES. 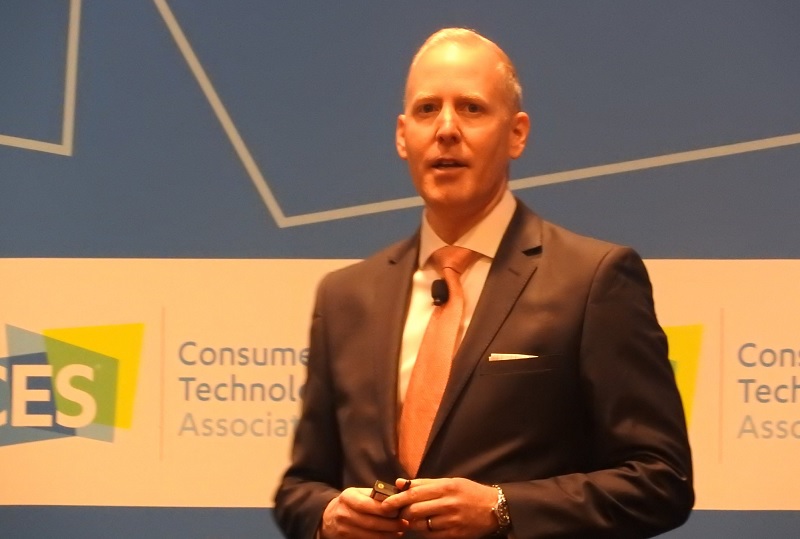 Above: Steve Koenig of the CTA.

Koenig said that the top trend for the show and the year will be the pending arrival of 5G networks, which promise multigigabit download speeds for broadband data. Companies such as Samsung, Verizon, Intel, Qualcomm, and others are debuting equipment that will make the 5G networks possible in the next couple of years. And once 5G is here, it will lead to huge expansions in the telecom, industrial, automotive, healthcare, and mixed reality markets, he said.

Artificial intelligence is also a pervasive tech trend, thanks to the popularity of smart speakers like the Amazon Echo with Alexa voice recognition service. Koenig said sales of smart speakers grew an estimated 279 percent in 2017 to 27.2 million units, and that number could hit 43.6 million in 2018.

AI is also making its way into automobiles through self-driving cars and other applications. Robotics is another area that continues to grow as companies like Blue Frog Robotics and Mayfield Robotics create better buddy robots that provide companionship and entertainment. LG will have a lawn-mowing robot soon.

Face recognition and other biometric technologies are growing rapidly, as well, leading to improvements in everything from smartphone security in the iPhone X to better security cameras that don’t give off false alarms. 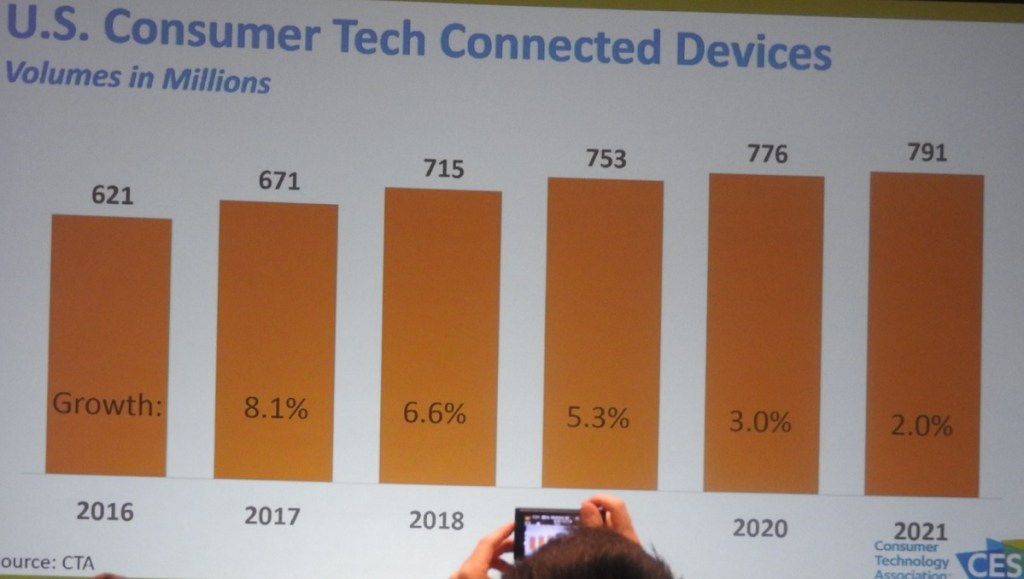 Above: CTA stats for connected devices.

Rohrbaugh also said that sleep technology is making advances as researchers confirm the toll lack of sleep takes on busy people. Somnox, for instance, has a sleep robot that you can cuddle like a teddy bear to help you fall asleep. Yes, that’s worth a good laugh, but Koenig said robots have come a long way since Honda made the humanoid Asimo years ago.

While sales of virtual reality consumer units have been mixed, Koenig predicted an explosion in VR and augmented realitiy as content gets better and more useful. Lenovo is expected to release its low-cost Mirage Solo VR unit soon to compete with Facebook’s upcoming Oculus Go at a $200 price point. 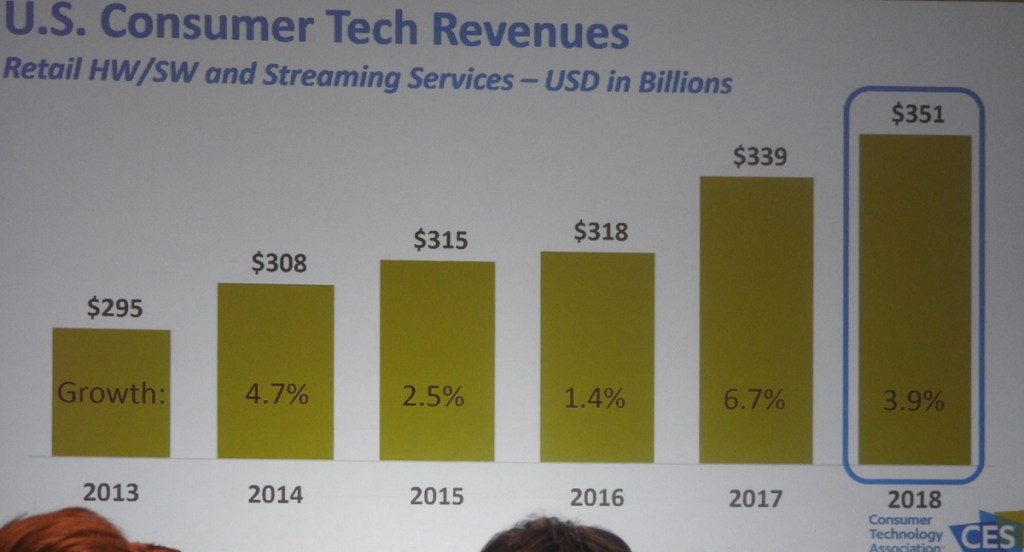 Above: Consumer tech revenues in the U.S.

Rohrbaugh also said that smart cities are really getting underway as the collection of big data becomes useful and actionable, whether it’s information about the power grid or traffic patterns. There are major smart city initiatives in places such as Paris and London as they prepare for a day when well over half of the population lives in mega cities. 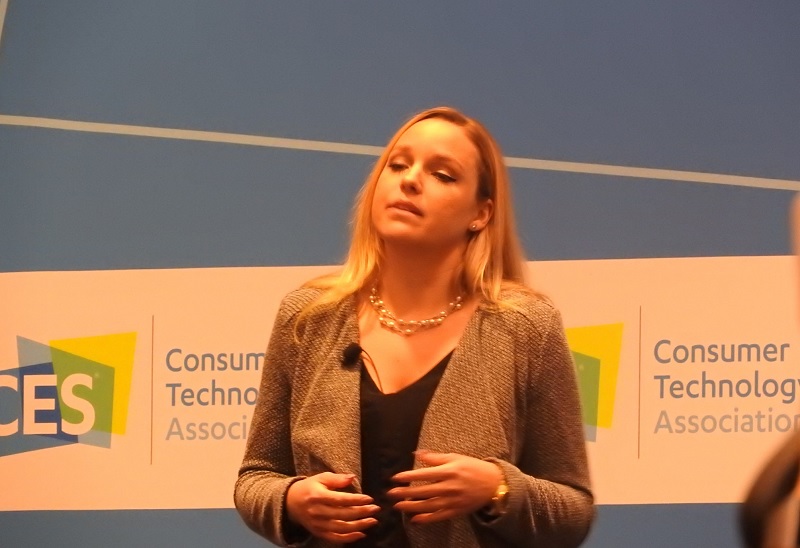 Above: Lesley Rohrbach of the CTA.

Koenig also said that tech is transforming sports through fitness measurement, and digital therapeutics is bearing fruit in products such as mini blood pressure monitors and EKG monitors.