French company Helite is making Hip Air wearable airbags that protect old people from hip injuries if they fall. I thought this was a silly idea at first, but it is addressing a serious problem that afflicts millions of mostly elderly people who get hurt every year from falls.

The Hip Air is designed to be worn around your hips as a belt. But if you fall, the sensors detect the motion and automatically deploy side airbags, much like what happens when your car deploys its airbags during an accident. The company showed it at CES 2018, the big tech trade show in Las Vegas this week.

The belt is ergonomic, light, easy to use, and allows freedom of movement. It can be used everywhere: at home, at the mall, or while going out for a walk. If it works, it can help older people keep their mobility and freedom, and get some peace of mind.

It comes from Helite, a Dijon, France-based company founded in 2002 by Gérard Thevenot, an entrepreneur and pioneer of the French light aircraft industry. Beyond older people, the airbags could be good for people who ski or ride motorcycles or horses. Helite has more than 60,000 airbags in use today for a variety of purposes.

In France alone, 65,000 people fracture their hips each year, and 23 percent of people above age 55 die within a year after a hip fracture. About 50 percent lose their autonomy, and the cost is an estimated 9 billion euros a year. 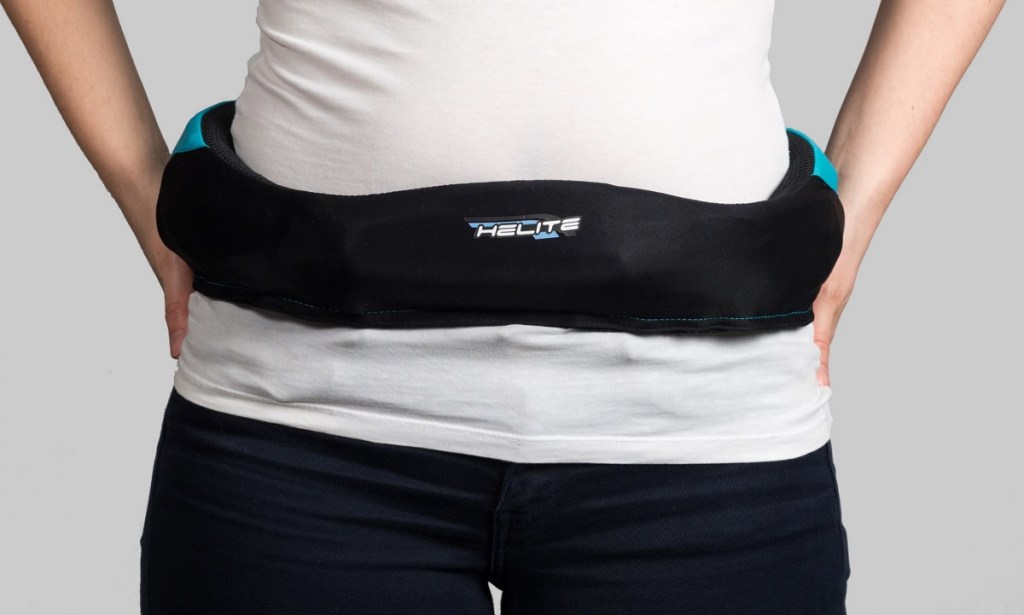 Above: Hip Air is a belt with airbags.

You can buy padded hip protectors today, but they can be bulky, and people don’t always wear them. Researchers at Virginia Tech University found that Hip Air airbags can reduce the impact of a fall by 85 percent.

Obviously, these belts are not a cure-all. People have to remember to put them on, and they’re not likely to wear them in the shower, where a significant number of injuries happen. So be careful out there.

Helite worked on the design for 10 years. They developed a complex algorithm that analyzes motion more than 1,000 times a second.

The system uses different types of sensors, such as gyroscope and accelerometer, to calculate motion in context and determine if the person is walking normally or falling. The protection is ready before ground impact: The algorithm will detect the fall in 200 milliseconds, and the airbags will inflate in 80 milliseconds.