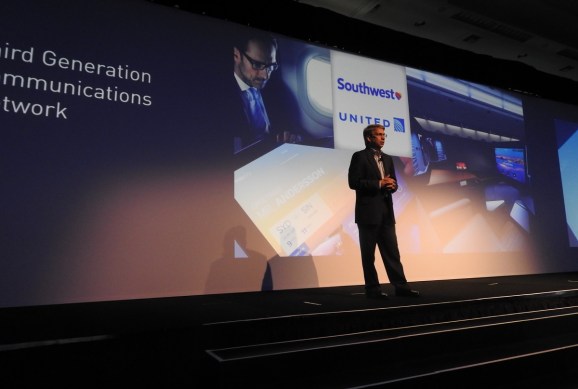 If you’ve used Wi-Fi aboard an airliner, it can be a godsend on long flights. But it is also frustrating because it’s so slow.

Panasonic announced that its third generation of satellite-based airborne connectivity will be 20 times faster than previous versions of bringing you Internet connectivity in the sky.

The airlines Southwest and United will start installing the new system this quarter.

“It will greatly improve connectivity, and open the possibility of video streaming in the sky,” Gebhardt said.

So forget about those naps or reading books on airplanes. Now you can livestream to your friends how much fun you’re having in row 27A, or you can watch streamed Netflix movies instead of all of those airplane movies.