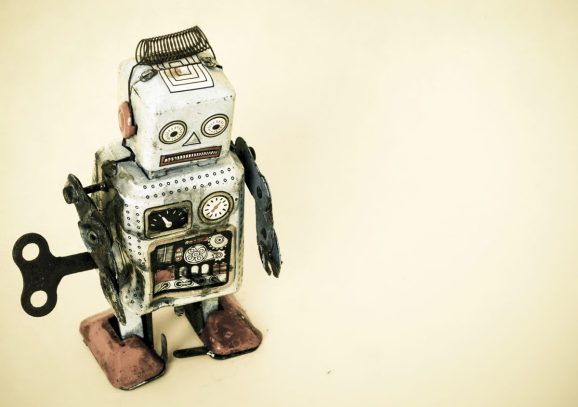 The dawn of the “chatbot revolution” less than a couple of years ago ushered in great expectations. Marketers and futurists fantasized about intelligent virtual autonomous agents that would understand us better than we understand ourselves, glean our desires from snippets of conversations, and turn our every command into an immediate action. The idea was something like a mix of JARVIS from the Marvel Universe and HAL from 2001: A Space Odyssey (before he went crazy).

At the beginning of 2018, we can sadly yet quite confidently say that chatbots have not met these great hopes. Even discounting Microsoft’s Twitter bot becoming a neo-nazi supporter and other bots gone wrong, overall advances in the chatbot industry have failed to deliver the huge benefits we were promised. 2016 and 2017 were not the years of “conversational commerce,” chatbots are not “the new apps,” and the AI that regular people can access through platforms such as Messenger or Amazon Echo still seems much more artificial than intelligent. Facebook recently had to shut down its virtual personal assistant “M,” allegedly because it relied too much on humans to provide meaningful answers.

It’s time to understand why our expectations and the predictions — made mostly by experts with proven track records — totally missed the mark. I firmly believe chatbots still represent an exciting new way for humans to interact online. This is why I believe it is essential for marketers, developers, and entrepreneurs to understand what mistakes we made and what we all need to fix for the technology to fulfill its true potential.

Of bots and men

The biggest misunderstanding at the core of this semi-fiasco is the idea that bots can seamlessly and entirely replace humans as virtual assistants, customer care operators, or personal shoppers.

Understanding jokes, picking up the nuances of written or spoken languages, and using intuition to choose the right words or actions are things AI agents are decades away from learning. And it’s possible some of these qualities may never be replicable in a non-human “brain.” When we are led to believe we can interact with a bot the way we engage with a live person (or in some cases are not even told that we are chatting with an automated system) the result is frustration, coupled with a general mistrust of the technology as a whole.

Bots are bots, humans are humans. Computer programs and systems are really good at certain tasks — finding information quickly, doing heavy computations, and storing petabytes of data — but are very bad at others. They are especially bad at generating that minimum level of empathy any operator dealing with people must feel. Mixing the two can be deadly.

The second reason chatbots mostly fell flat on their faces in 2017 is the interface that was commonly used. Marketers and developers got carried away by this new toy and thought they were finally going to create “conversational” agents that humans could dialogue like they would with a friend or a human helper. We dreamed of being like Tony Stark and exchanging witty jokes and deep thoughts with an omnipresent and seemingly omniscient cyber assistant. Well, that was a mistake. Conversations are hard to sustain for non-humans, and once a computer loses track of where it is in a two-way interaction, results can quickly break the “magic” of the whole situation.

Chatbots should have clearly defined paths and funnels through which they lead visitors toward explicit or implicit goals. The process should include a series of questions and answers, and possibly even links and buttons. This doesn’t mean bots shouldn’t implement and offer natural language processing, it means we should clearly define the realm in which a bot can act. We should create boundaries that the bot cannot cross and that support and contain the system so it can offer a much more effective and fulfilling experience.

In addition, well-identified goals allow marketers and business owners to track and measure the ROI of these tools more precisely. We were so excited about this technology that we forgot that anything we do costs time, money, and energy, and we mostly skipped the analytics part. This is another huge problem, since we do not have public (or in many cases, even private) numbers that tell us how ecommerce transactions or user engagement on chatbots compare against other, more traditional channels. This level of blind experimentation is something only brands with big pockets can afford to do.

And this leads us to my last point. Small businesses have not fully embraced chatbots because they see the technology as complex, difficult to implement, and nearly impossible to measure. Throwing around names like artificial intelligence, machine learning, and natural language processing scares the heck out of the average small business owner.

For example, a restaurant owner may already have a hefty following on their establishment’s Facebook page and a couple of successful ad campaigns under their belt but would like to better serve prospects and customers asking questions via Messenger. If they have to spend big bucks to implement a bot but don’t have a simple way to understand whether it’s working or not, they’ll probably think chatbots are out of their league and maybe even a scam.

We need to come up with simpler yet equally effective solutions that bring this technology into our daily lives and help small business owners leverage the power of automated social interactions. Only after we master this can we focus on building Skynet, if we still want to.

Literally billions of people are on Messenger every day. They have it in their pockets and are ready to use it to receive very simple yet immediately actionable and highly personalized information — something this technology already allows us to do. Are we sure we want to waste this opportunity with faulty chatbot execution?

Silvio Porcellana is an entrepreneur, marketer, and coder working on the Interweb since 1999. He created The Maven System to help fellow entrepreneurs build successful online businesses.