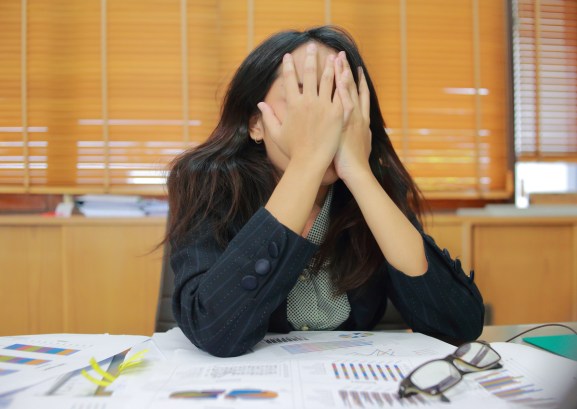 Patent trolls, more formally known as Patent Assertion Entities (PAEs), are entities that acquire patents for the sole purpose of suing companies in order to monetize them. They also happen to make a habit of piling on a tremendous amount of added work, expense, and stress onto legitimate operating companies.

Preparing for possible litigation has become a standard “cost of doing business” over the years. As the General Counsel of Alcatel-Lucent Enterprise (ALE USA, Inc.), I’ve spent the last few years engaging in battles with patent trolls, at a cost to my company and colleagues. Meanwhile, the PAEs themselves faced few ramifications.

Recently, my company joined patent protection network LOT and the Open Innovation Network (OIN) to better protect itself from future threats from trolls. And I want to share my experience with the wider community.

If you think your business is too big or too small or too off the radar to fall prey to a patent troll, think again. Your business can be a target — and the damage spreads far beyond the office of your general counsel. If you run a tech company, I’m talking to you.

Gaining the trust of my stakeholders — and nearly losing it

It’s my job as lead counsel to help our engineers and developers get their best products out into the market. My job requires them to trust me and to see me as an extension of their development teams. I need to be a trusted business partner and legal advisor. I’ve been lucky to have forged strong relationships with our very high performing teams, who generally do see me as a part of their functional teams.

Imagine this scenario: I’m sitting in a two-hour meeting with three top Product Line Managers (PLMs) talking about product development, and before the meeting adjourns I have to ask them to drop everything and start gathering materials for discovery for possible PAE litigation. What does this do but take them off the job at hand, crush their productivity, and suck their time? Suddenly, I feel a lot less like a part of the team and much more like the reason they can’t get home to dinner with their families that night. The cost of the suit isn’t limited to the lawyers, it also slows down the PLMs and their teams. It’s these folks who are responsible for moving both the business and the litigation forward, complete with a records hold that requires PLMs to track and maintain all documents related to the matter and possibly prepare to be deposed or act as a witness in trial. This additional amount of work impairs the company’s ability to do what it was meant to do: innovate and get great products out on the market, on time and on-budget.

The PLMs in charge of the product sets that are implicated in a PAE’s bogus claims have to take time out of their days to discuss the details of the suit with me. That takes an emotional toll on these folks, and it can be a stressful and demoralizing distraction. It’s infuriating to go to the best and brightest in your company and tell them the very important work they’re doing is under fire. This might be the part I hate most: seeing some of the best, legitimate innovators among us forced to defend their incredible work. When I tell them that their product is implicated in a PAE suit, they are floored and always ask me “why?” and “how?” They feel powerless and I’m supposed to be the one that solves this problem for them.

Outside the company, we have suppliers. Litigation that might lead to trial has the potential to alienate suppliers who see money coming out of their pockets in the form of indemnification, which can be damaging to these critical relationships. I dread making the phone call — that will be followed by one of those well-penned formal notice letters — to a supplier’s counsel to break the news about a PAE suit and the expected contractual indemnification. No supplier reaches into their pocket gleefully. They might have indemnity obligations, but that next pricing negotiation is going to reflect what they paid us to fight. Who really wins here? It certainly isn’t my company or our supplier partners. It’s the PAE, and this contract-backed money grab is their life blood. We have to stand up and do something about it.

Picking up the sword and fighting back

I believe in the Constitutional protections afforded to inventors that bring products to market. But, I think it’s wrong that PAEs, whose sole business is to make money from suing other businesses, should legally attack everyone from engineers to suppliers by trying to force a “nuisance value” settlement. These “small” settlements can cost a kid’s mom or dad their raise, or worse, their job. This PAE problem, in my view, will not be solved by our lawmakers, and I can’t continue to accept them as a “cost of doing business.” That is why I have become an evangelist for initiatives that aim to combat PAEs on a more systematic basis.

LOT Network is a great example of one such initiative. LOT is a non-profit with member companies such as Tesla, Alibaba, eBay, Amazon, Uber, RedHat, Netflix, Dropbox, Cisco, and others. As I mentioned above, my organization Alcatel-Lucent also recently joined, as did its family of companies. Started in 2014, it currently has about 190 members. LOT members agree that if (and only if) any member’s patent assets fall into the hands of a troll, that member provides all other members of the network with the license to that patent. This inoculates all members against patent troll litigation using those assets. Any operating company can join, and if your company’s revenue is $5 million or below, the membership is free, so even the smallest startups can benefit.

Another great organization is the Open Innovation Network, which my company is also a member of. It’s a shared patent pool to protect Linux and developers building on open source software. Founded in 2005, it’s free to join, has the backing of Google, IBM, NEC, Philips, Toyota, Suse, RedHat, and Sony, and has a pool of some 2,000 participants.

Saying no to victimization

There are plenty of things I’d rather do than deal with patent trolls, and I’m guessing it’s the same for you. Community-based initiatives like the ones I mention above enable us to stand up and say enough is enough. Together, we can curb the patent troll problem in a collaborative, proactive, and systematic way. Reactive strategies are expensive and fail to get to the root of the problem. Fighting trolls alone on a case-by-case basis serves no business well. We’re stronger together, and thankfully there is now a robust arsenal with which we can defend ourselves.