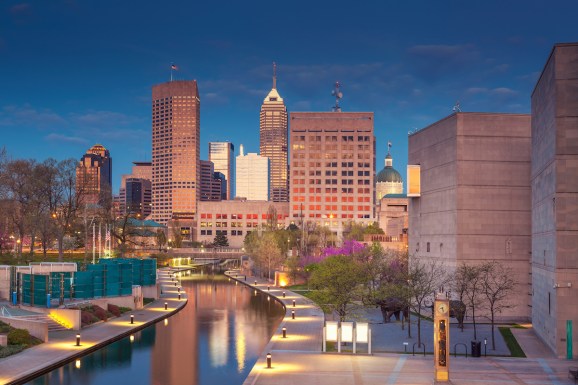 Springbuk, an Indianapolis-based provider of health intelligence software, announced today that it has raised a $20 million series B round. The round was led by HealthQuest Capital and Echo Health Ventures. St. Louis-based Lewis & Clark Ventures and Indianapolis-based Elevate Ventures also participated in this round.

According to Crunchbase’s data, Springbuk’s series B is the largest raised by an Indianapolis company since media startup The Odyssey raised a $25 million series B in 2015. It’s a positive development in an area (the Midwest) where scale-up capital has traditionally been hard to come by.

Springbuk, which launched its software in 2015, targets employers that are looking to assess how effective the various benefits services they offer are.

“There’s a lot of software that’s solving the provider and payer side of the equation,” Springbuk cofounder and vice president Phil Daniels told VentureBeat. “But it’s the thesis of our business that that the employer has so much at stake — it’s their dollars, their population, and they’re the ones that really benefit the most from a healthy productive workforce. So Springbuk helps them see what the biggest risk and opportunities are.”

Here’s how it works: Employers pay for a monthly subscription to Springbuk, based upon how how many employees they have. The type of data Springbuk can help employers analyze includes medical bills, pharmacy sales, and payroll data, including how many sick days an employee takes. Daniels says that executives such as the human resources chief or the chief financial officer can only view data in aggregate — not how much an individual employee spent on medical bills or what kind of medicine they are purchasing.

But these executives can then use Springbuk’s software to determine what gaps in care their employees are experiencing, and offer services that might alleviate that. For example, according to a case study on Springbuk’s site, a Goodwill office in Michigan started used Springbuk’s software to start offering services including “lunch-and-learns focusing on cholesterol, diabetes, and financial stability, gym partnerships that include discounts and on-site classes, the opportunity for biometrics screenings, and wellness awards for tracked activity levels.”

More than 1,000 employers use Springbuk, Daniels told VentureBeat. Springbuk also works with vendors such as onsite clinics and benefits consultants to help them gauge how effective employers are finding their services, though Springbuk declined to say how many vendors it works with.

Springbuk also announced today that it would be adding 100 jobs in Indianapolis by 2020. The company had 49 employees at the end of 2017. Daniels said that the majority of these jobs would be on the data science and engineering side.

According to Daniels, Springbuk met with 75 venture capitalists across the country while raising the company’s series B round.

“The feedback we got was that [from venture capitalists] was that in the Midwest we knew how to build real businesses, with real models and realistic goals.”