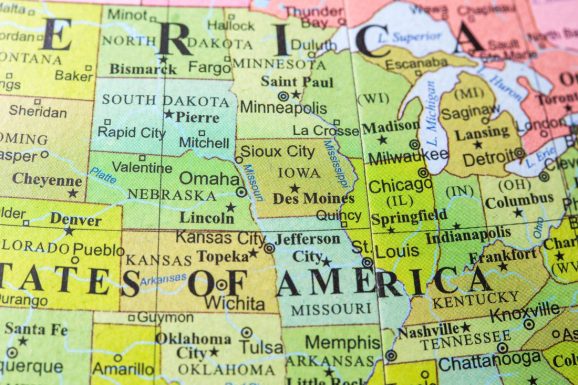 Last week, Amazon announced its 20 finalist candidate cities for HQ2 – sending some to cloud nine and others … well, back to Earth. Of those cities, four were in what we consider the Midwest – Chicago, Pittsburgh, Columbus, and Indianapolis. In no surprise to us, all of these candidate cities were safely in the top 10 of our rankings of Best of the Midwest: Startup Cities – with Indianapolis coming in at 8th, Columbus at 7th, Pittsburgh at 3rd, and Chicago 1st overall.

As a follow-up to the announcement, I thought it might make sense to respond with an argument for all four Midwestern candidates, a couple of alternative candidates we think could have made things interesting, and of course – predictions.

Chicago is ready to go, out of the box. With the exception of NYC, LA, and Boston, Chicago is probably the only candidate on the entire list that can confidently claim it already has the infrastructure in place to give Amazon everything it needs to hit the gas as soon as possible. It’s an economic hub, with a GDP to be compared against smaller nations. It’s a travel hub, making flights to and from pretty much anywhere domestically a breeze – with plenty of international options as well. Great talent is already there, from top-tier universities like the University of Chicago and Northwestern University, as well as many Fortune 500 companies and an exploding number of startups that call Chicago home. Finally, Chicago is a great place to attract young talent looking for things to do outside of work. Whether it’s a day out on the lake, a Cubs game at Wrigley Field, or something uniquely delicious at one of the uncountable restaurants that won Chicago the distinction of Best Restaurant City of the Year in 2017, the options abound.

Pittsburgh has quietly become one of the most exciting cities for tech and innovation, and will be turning a lot of heads – with or without Amazon. Many are aware of Uber and Google expanding their footprints in Pittsburgh, but as Jim Jen, executive director of Pittsburgh’s own nationally ranked startup accelerator (AlphaLab), mentioned in his State of Pittsburgh 2018, fewer are aware that Apple, Yelp, Bosch, Facebook, Ford, IBM, Microsoft — and Amazon — have growing operations there as well. Not only that, but much of the most exciting technology and innovation coming out around autonomous vehicles, artificial intelligence, and robotics is coming out of Carnegie Mellon University, if not the offices of the companies just mentioned. Not only does Pittsburgh have great talent at CMU, the University of Pittsburgh, and the other tech companies already in the ecosystem, but that talent is particularly specialized to ramp up Amazon’s core competencies in what appears to be its future from a technological perspective.

Columbus is healthy and growing. According to census estimates in 2017, Columbus has grown nearly 10 percent since the last census (2010) . Additionally, Columbus was one of the top cities in our rankings in regards to access to resources – which included categories like venture capital and angel group presence and activity, startup accelerators and incubators, talent and intellectual property coming out of universities and Fortune 500s, and government variables including loan programs and tax climate. Columbus-based Drive Capital has raised over half a billion dollars to invest in companies there and around the broader Midwest. Ohio State University needs no introduction as a major university. Bear in mind here that access to resources won’t just help Amazon directly, but indirectly as well through the companies that start up and Amazon absorbs as it grows and innovates through acquisition.

Indianapolis may just be the dark horse candidate you don’t want to take your eyes off of.

Known for doing a lot with a little, Indianapolis can boast one of the best recent exits in the Midwest. There’s a reason why ExactTarget was built to a $2.5 billion acquisition by Salesforce despite Indiana ranking lower than most states in venture capital activity. Neck in neck with Columbus in total population, Indianapolis has a huge advantage over most major cities in the cost of doing business. A stable local government and economy can’t be ignored either, but the X-factor here might actually be Purdue University – located roughly 45 minutes north on I-65. Yes, Purdue does happen to be my alma mater, but I promise my rationale here is objective (for the most part). In the same way that Pittsburgh’s talent is particularly specialized to Amazon’s needs, Amazon has already been hiring Purdue graduates in bulk. Not only does Purdue have the engineering talent that it’s famed for and Amazon needs, but Purdue’s Krannert School of Business is also renowned for its supply chain management program(s).

And now for a couple cities I think may have been some interesting missed opportunities….

Detroit and Ann Arbor are two distinct cities and ecosystems, but with HQ2 they become one. Yes, in our rankings of Midwest cities, we ranked them separately – Detroit ranking at 13th, and Ann Arbor beating them out at 11th overall. However, there has been talk in the past of increased infrastructure for public transit to better connect the cities, and I think if Amazon showed up and demanded that happen, it probably would. Detroit already has much of the infrastructure needed to quickly grow as a city to meet the needs Amazon would bring, and Ann Arbor is a nexus of highly skilled talent between the University of Michigan and growing local companies like recent unicorn Duo Security. We compiled the data to see where Detroit / Ann Arbor would rank among all Midwest cities if this were to happen, and it landed squarely in the top five.

Minneapolis would remind the world that Amazon plans, well, to take over the world. Minneapolis would be an amazing opportunity objectively speaking, as they came in second in all of our cities ranked only to Chicago. Minneapolis offers a high quality of life, is home to a highly educated workforce, and is one of the most culturally similar cities in the Midwest to Seattle in its liberal and progressive nature. The real interesting part of this move would be that Target and Best Buy are both headquartered in Greater Minneapolis, and Amazon planting HQ2 right next door would have to create some interesting dynamics among some not-so-friendly rivals (or potential acquisition targets).

My money is on Pittsburgh.

According to Amazon, the main criteria it is looking for in a location are strong local and regional talent as well as a stable and business-friendly environment. Yes, I do think this positions Indianapolis well to surprise some folks, but I’m not sure what they can offer will be enough. Chicago is an amazing city (which I’m proud to call home), but I think Amazon wants to impact a city with HQ2 in the same way they affected Seattle, and I think Chicago may already be too big of a market for that. Columbus is stable, healthy, and growing, but they aren’t as particularly specialized in what Amazon needs. I’m sticking with my pick since last fall, Pittsburgh, because I’ve been bullish on this city for awhile now for its deep expertise in cutting edge technologies that are paramount to Amazon’s future. It’s poised for some excellent growth, and the value and opportunity of having a presence there has been validated by other tech giants like Google, Uber and Facebook. If Amazon places its second headquarters there, it could change that city forever.

Don’t get me wrong. M25 has made investments in all of those cities (38 across the four of them), and they’re all exceptional ecosystems that deserve the strong consideration they’re getting from Amazon. As a venture capitalist, it’s part of my DNA to speculate and try to predict the future, knowing full well of course that I’ll be wrong more times than I’m right.

This story first appeared on Medium.

Mike Asem is a director of M25 Group. M25 Group focuses on seed-stage Midwestern startups in most industries. Asem is a proud alum of Purdue University, where he championed The Anvil coworking space and incubator, led business development for a nanotech startup, and mentored and worked with startups as a director of the Purdue Foundry.