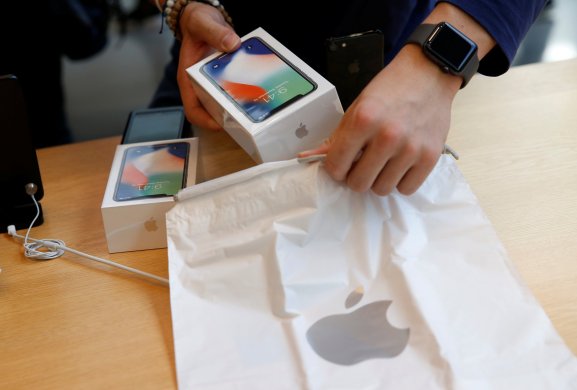 As the debate over sales of Apple’s iPhone X continues to brew, a research firm released data today that’s sure to provoke another round of thumb-sucking.

According to Canalys, Apple shipped 29 million iPhone Xs in Q4 2017 (a quarter Apple would refer to as Q1 2018), making the device the “world’s best-shipping smartphone model over the holiday season.” Given a price tag that starts at $999 and the fact that it was only available in limited supplies for just over half the quarter, that would seem like a huge success.

“The iPhone X performance is impressive for a device priced at US$999, but it is slightly below industry expectations,” said Canalys analyst Ben Stanton, in a statement.

Apple struggled with supply issues in early November, but achieved a massive uplift in production in late November and throughout December. This helped it meet and even exceed demand in some markets by the end of the quarter. One major benefit to Apple is that customers are increasingly realizing the residual value of their old smartphones, opting for trade-in programs to offset the high price of the iPhone X. But that big price tag, and Apple’s split launch strategy, still had an impact, and shipments were not the fastest ever for an iPhone.

That analysis comes on the heels of recent reports that the iPhone X was losing momentum, and even some talk that Apple might discontinue it given softening sales and lack of interest in China. Canalys claimed that Apple shipped 7 million units in China during the quarter.

To the degree that this may be bad news, there are plenty of silver linings, according to Canalys, which suggests that after working through supply issues, the iPhone X was eventually overperforming. So recent talk that Apple’s expectations for the current quarter might be soft, which has led some analysts to downgrade the stock, could be premature.

Second, Canalys said that overall iPhone sales got a boost from Apple’s decision to continue selling a wider portfolio of phones than usual. The new iPhone 8s, plus the older versions, are attracting a lot of interest from buyers.

“Apple is looking at its best performance to date, all thanks to the massive changes it made to its portfolio in Q3,” said Canalys analyst TuanAnh Nguyen. “This strategy has hedged Apple’s risk as it upgrades the iPhone, in both design and user experience. While new technologies, such as Face ID and bezel-less displays, help to justify the US$999 price tag and maintain competitiveness with Samsung, Huawei, and Google, having a larger portfolio allows Apple to meet its overall shipment targets, and protect its market leadership in the premium segment.”

Apple is scheduled to report earnings for the three months ending December 31 on February 1.