For the past couple of years, virtual reality training startup Strivr has been working with the U.S. Ski & Snowboard Association (USSA) team to train athletes for the PyeongChang Winter Olympics.

The startup worked with the Park City, Utah-based governing board for US Ski & Snowboard to use VR to enhance athlete preparations for competitions that take place around the world. It started when Strivr connected with Troy Taylor, the USSA high performance director. After a few weeks of thinking about how Strivr could help in the sport of skiing, the company started working with Taylor and his team.

It focused at first on athletes competing in World Cup events and those rehabilitating from injury back at the organization’s Park City Center of Excellence HQ. The alpine sports include downhill, super G, giant slalom, and slalom.

Capturing a run on a race course in VR allowed the athletes to relive the course over and over again, as VR was viewed as the next best thing to being there. Strivr said that its training can result in 10 percent better performance, 20 percent faster reaction time, and 30 percent increase in a recall of topics in sports settings.

“The ski team’s use of VR falls into the ‘no brainer’ category for use cases in virtual reality,” said Jeremy Bailenson, Strivr cofounder and director of the Virtual Human Interaction Lab at Stanford University, in a statement. “One of the rules of thumb I use for VR is that the technology is especially useful for teachable moments that are rare in the physical world. Getting mere minutes to prepare on the ski race course is the definition of rare. But with VR, the scarcity issue is greatly diminished. U.S. Ski & Snowboard athletes are able to relive the exact course as many times as they want, in a VR simulation environment that to their brain responds to in a similar manner to real skiing.” 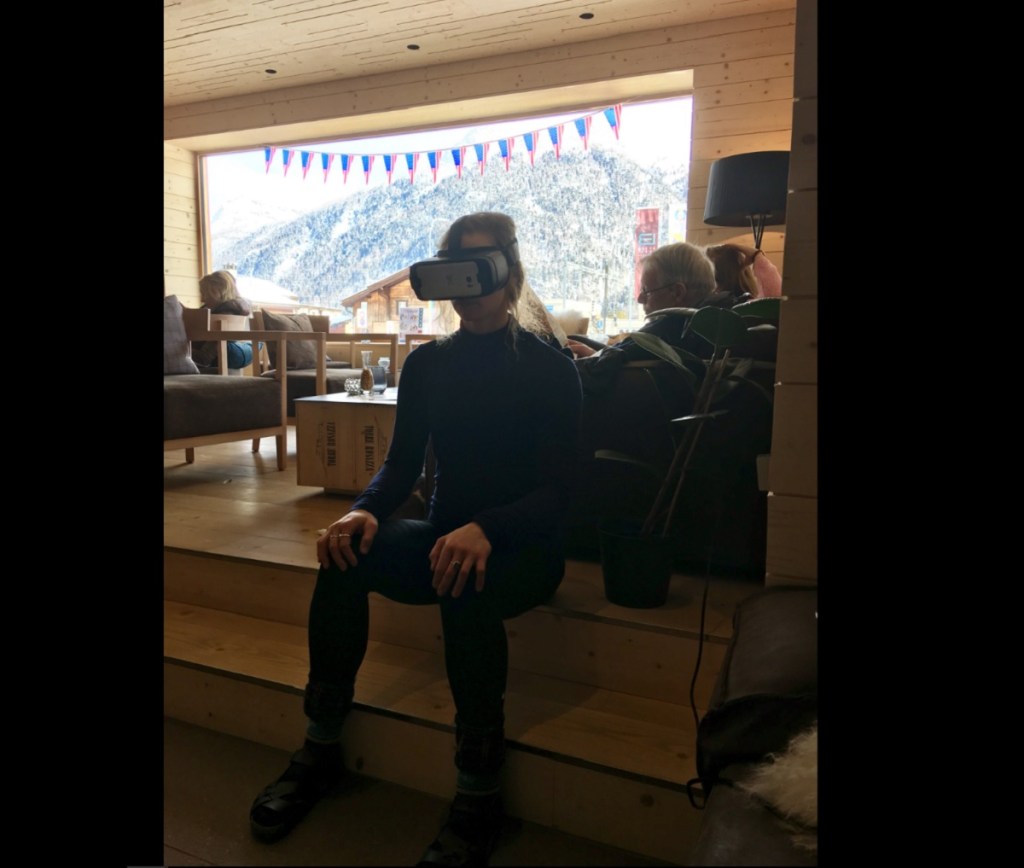 Through VR, athletes can mentally prepare for the race they are going to ski. They can see the positions of the gates, the terrain, the way the turns appear. Before Strivr, it was impossible to get these repetitions unless you just closed your eyes and imagined how it looked.

“The value of the work we do with Strivr is confirmed in the feedback we have from our athletes and their coaches taking part in World Cup events who feel 360 video and VR increases both the confidence and performance of the athletes in events,” Taylor said in a statement. “The athletes are using 360 video and VR in multiple ways in competition, from inspections of the race course, helping athletes learn the lines they will race through, to helping athletes rehabilitate from injuries.”

Bailenson said, “U.S. Ski & Snowboard athletes should have a strategic advantage because they have been able to not just visualize the course, but practice it over and over again, going over decision points such as turns, and recognizing landmarks on the course. In addition to rehearsing body motions and decisions, they will have an overall, holistic familiarity with the course, which will be invaluable as they traverse the actual mountain. I suspect that their mental preparation will be unmatched.”