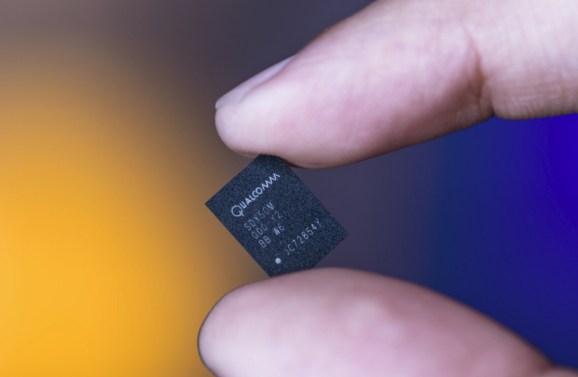 The European Commission announced today that it has leveled a $1.23 billion fine against Qualcomm for a deal it made with Apple that prevented other companies from competing fairly against the smartphone giant’s chip business.

The fine is massive, thought it’s well below the more than $2 billion the commission could have sought under Europe’s antitrust laws. Still, officials made it clear that they believed Qualcomm’s strategy hurt consumer choice and limited innovation.

“Qualcomm illegally shut out rivals from the market for LTE baseband chipsets for over five years, thereby cementing its market dominance,” commissioner Margrethe Vestager, the head of competition policy, said in a statement. “Qualcomm paid billions of U.S. dollars to a key customer, Apple, so that it would not buy from rivals. These payments were not just reductions in price — they were made on the condition that Apple would exclusively use Qualcomm’s baseband chipsets in all its iPhones and iPads.”

Qualcomm has previously denied it violated antitrust laws and is expected to appeal the decision, which means a final resolution of the case is likely years away.

The commission launched its investigation in 2015 over concerns that Qualcomm was abusing its dominant position in LTE chipsets. While having market dominance is not illegal, EU antitrust rules make it clear that such power cannot be used to limit competition.

In fact, the investigation found that between 2011 and 2016, Qualcomm accounted for more than 90 percent of marketshare. The commission concluded in its ruling that Qualcomm had abused its power because it made “significant payments to a key customer on condition that it would exclusively use Qualcomm chipsets.” The report found that “by making sure that rivals had no chance to compete for any of Apple’s important business, Qualcomm’s conduct had an effect on the LTE baseband chipset market as a whole.”

Update: Qualcomm has issued a formal response to the EU ruling, stating that it “strongly disagrees with the decision” and that it plans to appeal at the General Court of the European Union.

“We are confident this agreement did not violate EU competition rules or adversely affect market competition or European consumers,” said Don Rosenberg, executive vice president and general counsel of Qualcomm. “We have a strong case for judicial review and we will immediately commence that process.”