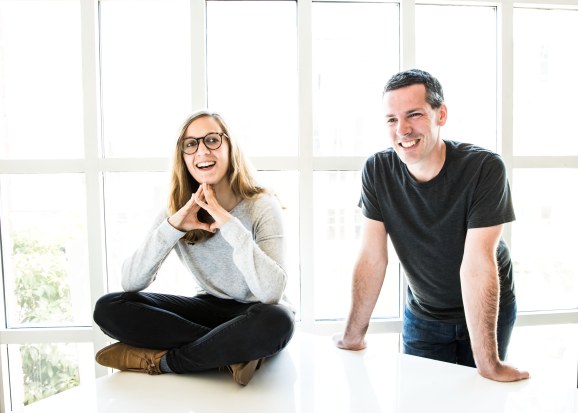 San Francisco-based Front announced today that it has raised $66 million in a funding round led by Sequoia Capital to expand the footprint of its email collaboration service. DFJ also invested in the round.

In recent months, the company has seen strong adoption of its email tool, which allows people inside businesses to collaborate and manage internal messages and email from customers and partners. Front CEO Mathilde Collin said that while email has become critical for work, it was originally designed for more personal, one-to-one communications.

“Email is the tool that people use to get work done,” she said. “But it hasn’t evolved at all. There are lots of inefficiencies in email.”

Front pulls together emails, as well as live chat, social media, and SMS and integrates into platforms like Salesforce’s. The goal is to centralize all conversations in a single place so companies can coordinate responses, comments, and message tracking. Front now claims 2,500 business customers who pay a subscription to use the service.

“Front has flipped email from a pain point to a solution that increases the efficiency, impact, and accountability of teams,” Sequoia partner Bryan Schreier said in a statement.

Collin started Front in France with cofounder and CTO Laurent Perrin, but the team moved to San Francisco in 2014 after being accepted into the Y Combinator accelerator program. The company, which has 50 employees, has opened a new office in Paris, where it plans to grow its team and which it hopes to use as a springboard for international expansion.

Despite the company’s momentum, Collin knows it is going to be competing against the various tech giants who offer workplace collaboration tools, from Google, Facebook, and Microsoft to Slack. She’s confident Front’s singular focus on managing email and messages from external sources will give it an edge over deep-pocketed potential rivals.

“I think being big is good and bad,” Collin said. “The fact that they are such big companies prevents them from innovating quickly. You can’t change your product from one say to the next if you have so many customers using it. If you really want to have an impact on the email space, you have to reinvent the way email works.”