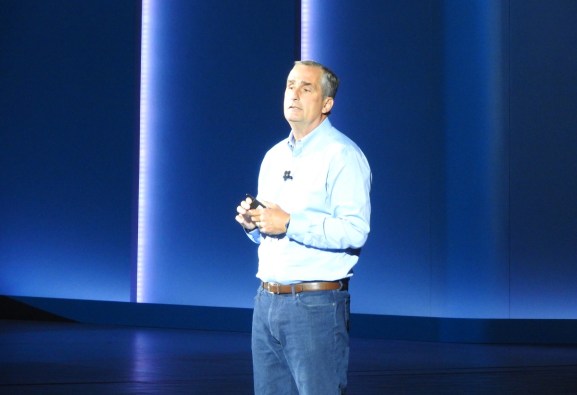 Intel reported fourth-quarter financials that beat estimates for earnings and revenue growth in the holiday quarter, but it remains to be seen if that will calm down investors.

Investors are watching closely for any impact from the newly discovered Spectre and Meltdown security flaws in nearly all of Intel’s processors. Talks about that disclosure on January 3 threatens to overshadow anything Intel says about the health of the PC and server chip markets. Intel has said it doesn’t expect the flaws to affect its financial performance, but so far the software fixes are slowing down chip performance.

A year ago, Intel reported earnings of 79 cents on $16.37 billion. Intel has been cutting its expenses in order to deal with slower growth as the smartphone has superseded the PC as the primary device consumers use to communicate and surf the Internet.

During the year, Intel generated $22 billion in cash from operations and returned nearly $9 billion to shareholders in the form of dividends. Intel is raising its quarterly cash dividend by another 10 percent on an annual basis.

“2017 was a record year for Intel with record fourth-quarter results driven by strong growth of our data-centric businesses,” said Brian Krzanich, Intel CEO, in a statement. “The strategic investments we’ve made in areas like memory, programmable solutions, communications and autonomous driving are starting to pay off and expand Intel’s growth opportunity. In 2018, our highest priorities will be executing to our data-centric strategy and meeting the commitments we make to our shareholders and our customers.”

Krzanich didn’t specifically address the flaws, but he will no doubt get questions on it during the analyst call. Intel chief financial officer Bob Swan said that margins were higher in part because Intel was focused on cost reductions. He said Intel’s PC-centric business executed well in the declining market, while the growth of data center chips was good.

Intel paid a one-time transition tax on its previously untaxed foreign earnings as a result of the U.S. corporate tax reform enacted in December.

“Intel has a rich history of investing in U.S.-led research and development and U.S. manufacturing,” said Swan. “The tax reform is further incentive to continue these investments and reinforces our decision to invest in the buildout of our Arizona factory. It also informed the dividend increase we’re announcing today.”

Data-centric business was 47 percent of Intel’s Q4 revenue. During the quarter, Intel launched a record volume of Core i7 processors, and it also shipped the eighth-generation Core processor.