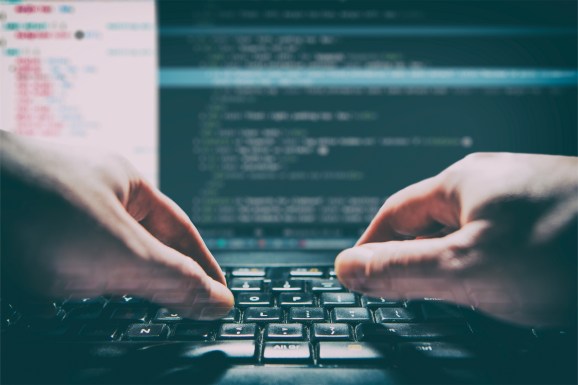 Industry juggernauts IBM, Mastercard, and JP Morgan Chase – among many others – are exploring blockchain initiatives. It’s one of the most in-demand positions for consulting firms like Deloitte and Accenture, both of which have focused extensively on blockchain in the past few years.

Add to that the hundreds of blockchain-based startups emerging around the world, and it’s clear why there’s a serious shortage of hireable blockchain developers.

As Jeremy Drane, Director of PwC Fintech, noted in 2016, “The number one issue facing the blockchain industry today is a lack of talent.” By the fall of 2017, CoinTelegraph was reporting that cryptocurrency-related jobs had doubled in the six months prior. Meanwhile, AngelList, a job board specializing in startups, sees jobs involving blockchain development tripling from 2016 levels. CryptoCoin News reported that in November 2017, the number of blockchain-related LinkedIn job postings had more than tripled over the past year.

The blockchain’s sudden rise has created a talent shortage, and companies are struggling to meet their need for even rudimentary blockchain knowledge. With the stakes so high, companies are finding interesting ways to fill the talent gap.

The estimated global revenue from enterprise blockchain applications is expected to rise from $2.5 billion to $19.9 billion by 2025. Between today and 2025, there is an enormous opportunity for organizations to build up the skill sets within their companies.

Some companies, including IBM, are devising their own training centers to fill the tremendous need for blockchain-related job openings. Equipped with an army of technically proficient professionals, IBM is using that knowledge and experience as a starting point for quickly training employees to develop blockchain technology.

According to its Developer Works blog, “IBM offers personalized online training for employees who work in blockchain, or for those employees who want to break into the field.” IBM’s courses are complete with certificates for acquired skills trainees can display on their resumes or LinkedIn profiles.

On a much smaller scale, Blockchain platform IOHK offered free summer blockchain classes to computer science graduates in hopes of getting more job-ready employees ready to contribute to its platform.

According to PwC’s 2017 Digital IQ Survey, 36 percent of financial services executives said their organizations are planning to make significant investments in blockchain technology over the next three years.

Of course, many of these organizations don’t have the employment depth of conglomerates like IBM, and some 86 percent of financial services executives said their organizations haven’t yet developed the necessary blockchain skills. What’s more, even fewer have teams in place with enough expertise to provide any assurance around the technology. Therefore, companies are outsourcing blockchain development work to agencies and freelancers that specialize in this work.

Job-matching platform Upwork and LinkedIn (which experienced a 4.6x increase in Bitcoin-related job postings within the software technology industry from 2014 to 2017) both show blockchain- and Bitcoin-related capabilities are two of the most sought-after skills in tech.

With such high demand for blockchain-related freelancers, this option is not cheap. “The hourly rate ranges from $50 to more than $200,” reports CNBC. However, with blockchain technology becoming such a valuable part of the tech space, it’s increasingly worth the cost in order to avoid missing the opportunity.

Juniper Research reports that 57 percent of large corporations are either actively considering or already in the process of deploying blockchain technology. With so many open jobs and so few qualified applicants, companies don’t have the luxury of waiting for college graduates to fill the demand. They need help now, so many are turning to so-called “new collar jobs,” a term indicating a job class that does not require a college degree but that does require some training.

This approach is an interesting combination of traditional college recruitment, educational collaboration, and desperation. A September report by MSNBC highlighted the growing workforce-ready population that can be trained to complete specific blockchain development functions.

By providing well-paying jobs with limited training, companies can secure some of the talent they need to compete. A growing number of higher education institutes now offer blockchain training courses online. One Stanford University Professor, Dan Boneh, has received over a million signups for his course Computer Security and Cryptography.

All this demand for blockchain developers has placed a premium on those skills. A recent report by ComputerWorld indicated that, in some areas, “there is an $18,000 premium for software developers who can also create and manage blockchains.” This knowledge won’t remain a secret, and high schools and undergraduate computer science programs will soon begin pushing technology-minded students towards this field.

Until that point, companies will continue to struggle to find adequate talent. Bitcoin and other alternative currencies are becoming more ingrained in the mainstream financial system, and blockchain is growing in capability and usefulness. The race is on to find the most talented people possible to develop the most innovative technology available.