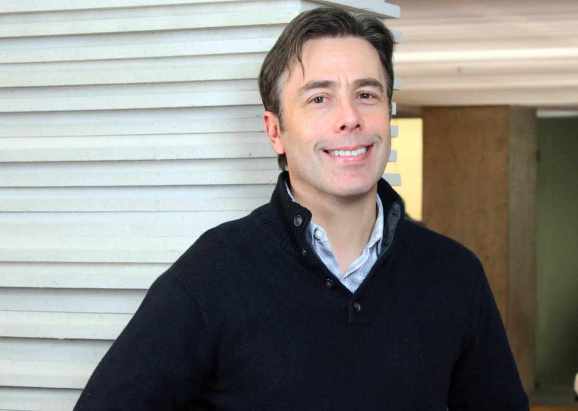 Illinois is the second largest producer of computer science graduates in the country. In fact, in 2016, Illinois produced a record 40,400 STEM degrees. Yet research collected by the Illinois Science and Technology Coalition shows Illinois still has room to grow.

Specifically, while Illinois ranks 15th in the country for retaining computer science graduates, 45 percent of its software engineers leave the state after graduation, many of them leaving for the Bay Area.

So why is the state’s top engineering talent leaving for the West Coast?

According to Jenny Farver, chief technology officer at brand and content creator marketplace Popular Pays, one of the major challenges for Illinois technology companies recruiting engineering talent is competition with firms like Google and Facebook. These companies invest heavily in their recruiting efforts — significantly more than startups can afford. (Disclosure: Popular Pays is a Hyde Park Angels portfolio company.)

“We need to ensure that the pool of the candidates is large enough that startups and large companies can hire out of it,” said Farver.

Creating a larger candidate pool is a problem the state, universities, and local technology companies are tackling.

But candidates don’t just come from traditional universities anymore. The rise in dev bootcamps across the country, but also at the state level, contributes to a growing number of new engineering candidates.

Justin Stewart, a software engineer on Farver’s team at Popular Pays, was one of these dev bootcamp candidates. He felt motivated to stay in Chicago for family reasons, but after joining Popular Pays, his motivation shifted to staying at the company he loved.

“When you have a small company and it’s just a few people, you have to be a family and feel like you can work together for a long time. My motivation was to follow the company. The company went to San Francisco [for Y Combinator] and so did I. The company came back to Chicago, and so did I,” said Stewart.

Building ties to technology companies early is critical to retention. Illinois’ computer science graduates are five times more likely to work in Chicago than in any other city in the country — they just have to find a match to a local company first.

“We focus on juniors. We give them a really good experience, and we don’t just talk about the company, but also the Chicago tech community that they can be part of. We really sell living and working in the city, and we stay in touch with them after the internship is over,” said Higginson.

Consequently, Enova consistently lands recent grads who have developed a strong affinity for the company and the city while in school. According to Higginson, since 2014 Enova’s engineering team has grown from 80 engineers to 140.

But expanding the candidate pool and developing close ties to engineering talent early is not enough to attract top talent, especially in an extremely competitive hiring climate.

“There’s hundreds of companies that have free snacks and soda. [Engineers want] to do interesting things. They want to invent things and solve really hard problems,” said Higginson.

Salil Gupta, a Northwestern computer science graduate who works as a software engineer at Chicago big data startup Civis Analytics, originally left Illinois after graduation for the Bay Area because of the sheer number and variety of tech startups headquartered there. But just two years later, he came back for both personal reasons and the experience Civis offered.

“Civis provided me with a unique opportunity to work in a mission-driven organization. I work at Civis [because] we work on technically challenging problems, the engineering talent here is phenomenal, there is solid technical mentorship, and it’s rewarding to know that my work has actual social impact,” said Gupta.

Ultimately, the best way to keep talent in Illinois is to support the growing technology ecosystem. That way, engineers like Gupta can see more opportunities to work in challenging, rewarding environments from the outset.

“Illinois still has some growing to do in terms of the density of technology companies [but], there is a much richer set of options there than there was five years ago. The reason that I am very bullish on engineering in Illinois is that it’s the opportunity to do engineering in the context of a large business market. We’ve only scratched the surface of technology-oriented entrepreneurship because it’s very easy to find new markets here,” said Farver.

Correction, January 30: This article previously misidentified the university that broke ground on a new engineering building. It is the University of Illinois Chicago.

Alida Miranda-Wolff is the director of platform at Hyde Park Angels, the most active early-stage investor in the Midwest. She also serves as a venture board member at mHub, the largest manufacturing innovation hub in the Midwest, and she teaches talent development and content marketing at General Assembly. She is proud to be one of two dozen Latina women in venture capital and is committed to growing their representation.