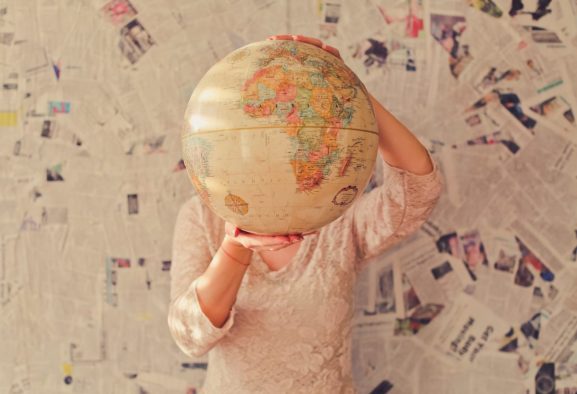 Artificial intelligence promises to improve human welfare and make the world a safer, more meaningful, and more educated place. However, a real and imminent fear is that biased AI will deepen inequalities.

Smarter computers, at our behest, are helping us build a more satiated world. As Aldous Huxley would appreciate, satiation, when indulged, becomes mere habit. We don’t question how we make decisions anymore, and no one really even knows how the most advanced AI does what it does. AI makes many important decisions that guide your life’s trajectory. Some examples include decisions on investments, medical care, and policy-making. All of these areas regularly employ processes that rely on potentially biased algorithms.

There’s already discussion about whether the ability to interrogate an AI system about how it reaches conclusions should be a fundamental legal right. And for good reason. The computers that run AI services have essentially programmed themselves, and they have done it in ways we don’t fully understand. Even the engineers who build AI cannot fully explain their behavior. The potential for unintentional bias is enormous, but the potential that no one really cares that the biases exist is far worse.

‘But I like the inconveniences.’
‘We don’t,’ said the Controller. ‘We prefer to do things comfortably.’
‘But I don’t want comfort. I want God, I want poetry, I want real danger, I want freedom, I want goodness. I want sin.’
— Aldous Huxley, Brave New World

Media outlets have extensively covered several key examples of AI bias. Coverage has included gaffes with Google’s AI algorithm labeling some African American people as gorillas, image searches for “CEO” returning only pictures of white men, and the Google ad platform’s tendency to display fewer ads for high-paying executive jobs to women. Another example is the LinkedIn advertising program that showed a preference for male names in searches. And yet another key example comes from a British pediatrician who was denied access to the women’s locker room at her gym because the software the facility used to manage its membership system automatically coded her title “doctor” as male.

Perhaps the best-known AI mishaps from the past few years are Tay and Compas. Microsoft had to shut down their Twitter bot named Tay when it learned to be racist after just 16 hours. A program used by U.S. courts for risk assessment, Correctional Offender Management Profiling for Alternative Sanctions (Compas), was discovered to be more prone to mistakenly label African American defendants as likely to reoffend.

Despite its many setbacks, AI still has the potential to actually help reduce global biases. Here are five cool projects that apply big data, AI, and/or machine learning to fulfill AI’s promise of making the world a better place for everyone.

In 2016, the Allegheny County Department of Human Services in Pennsylvania implemented the Allegheny Family Screening Tool to improve child welfare systems. This predictive algorithm provides public officials with insights that help identify when a child is in danger. The tool’s criteria are explained in academic publications, which is a benchmark private companies routinely do not meet, even when placed under duress to explain their results. The tool is also up for interrogation by local officials, adoption lawyers, child advocates, parents, and even former foster children at public meetings held in downtown Pittsburgh.

Sixteen months after the first implementation of Allegheny Family Screening Tool, preliminary data has already shown that it is effective. The tool has helped identify more children in need of services than previous, manual efforts were capable of.

The consortium’s goal is to sequence, assemble, and annotate the genomes of 101 traditional African food crops. The crops are sometimes referred to as “orphan crops” because they have long been ignored in favor of western crops like corn, wheat, and rice. Crops like the African yam bean, the desert date, and ber are uniquely adapted to local climates and can improve nutrition.

Solving world hunger and climate change issues will require the power of big data, and undoubtedly AI, for increasing the development of genome improvements. Monsanto, Syngenta, and Carnegie Mellon University are all developing AI AgTech applications.

The acronym FATE stands for Fairness, Accountability, Transparency, and Ethics in AI. Microsoft created the program to ferret out biases that creep into AI data and skew results. Principal investigator Kate Crawford and an all-female team of AI researchers are currently working on collaborative research projects that address the need to improve the even-handedness of AI and machine learning.

The Science for Social Good page says the program is “applying AI, cloud, and deep science toward new societal challenges.” Poverty, hunger, and illiteracy are all targets for these initiatives.

Oftentimes, policymakers have no data to back racial justice initiatives because the data simply does not exist — no one has collected or analyzed it. Data 4 Black Lives aims to connect data scientists and activists in order to apply data science tools like artificial intelligence and machine learning to identify solutions for and lend additional awareness to the most pressing challenges faced by African American communities.

These are just five of the many AI projects poised to help make our world a better place. There are lots of amazing organizations I have not included here in the interest of brevity.

As the technology continues to evolve and progress at lightning speed, we’ll hopefully see even more researchers and companies develop programs that use the power AI to solve pressing issues around the world.