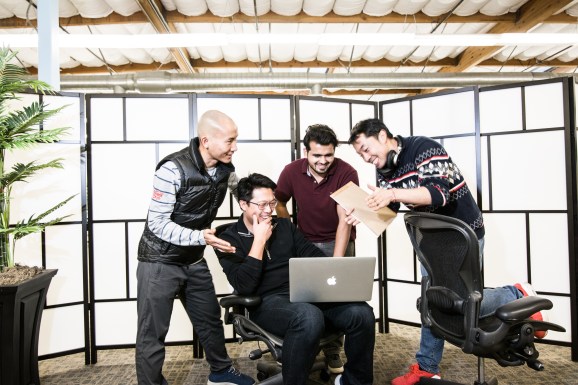 A new startup called Astound emerged from stealth today with a big vision: to cut down on service requests using artificial intelligence to drive automation. The company’s overall goal is to help employees at large enterprises handle their own service requests, rather than require the intervention of more experienced technicians.

Astound’s product targets four concrete areas: predicting which agents should receive which support tickets, providing those agents with relevant information from a company’s systems of record, offering end users automated responses that don’t require a human’s intervention, and providing leaders with analytics for how their support departments are doing.

All of that should add up to faster service for employees and lower support costs for enterprises, which are both key for IT departments that are asked to keep users happy while reducing their impact on a business’ bottom line. What’s more, the company’s analytics component can help identify patterns in employee helpdesk requests that can be used to further improve procedures.

Astound already has a pair of marquee enterprise customers lined up. Both McDonalds and Adidas are already running its software in production with their users. That’s a major accomplishment for an early-stage startup.

Those two companies are basically ideal environments for Astound’s software. Dan Turchin, the company’s cofounder and chief product officer, told VentureBeat in an interview that the key Astound customer is a large enterprise that uses metrics to measure its IT department’s performance, like how long it takes to handle employee helpdesk requests.

“At Astound, we’ve assembled a team that is arrogant enough to think that we can finish what everyone else started 20 years ago,” he said. “And for that reason, it’s a team, and a market, and a technology that resonated very well in the investor community.”

To help fuel its vision, Astound recently closed a series A round of funding worth $11.5 million. Vertex Ventures and Pelion Venture Partners co-led the round, which included participation from the Slack Fund, The Hive, and Moment Ventures.

Turchin cofounded the company with CEO Naghi Prasad, a machine learning expert who previously started Deep Forest Media, a programmatic marketing company that was acquired by Rakuten in 2015. He also served as the CTO of Tapjoy, among other roles. Turchin, meanwhile, has 20 years of experience working in the employee service space.