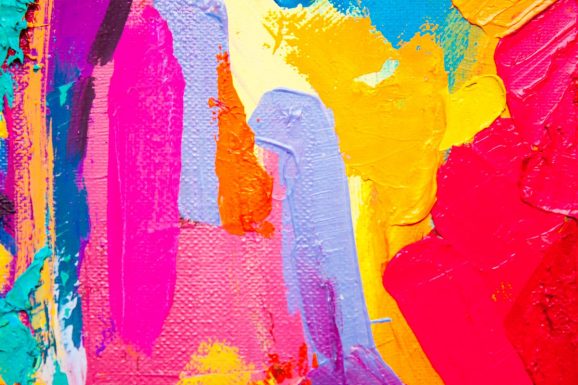 AI is without a doubt efficient. It is fast, precise, and unencumbered by the emotions that cloud human intelligence. Repetitive tasks? An algorithm’s got it covered. Processing data? A computer’s right as Rain Man.

But what if the goal is to create art? Because it is a product of science and technology, we tend to associate AI with fields outside the creative world where logic instead of feelings reign supreme. It’s an easy assumption to make because machines do lack emotional intelligence and intuition (for now). That said, they are also more than capable of producing provocative creative work when coded to do so.

The results of such efforts have been extraordinary. Machines can write poetry, paint, tell jokes, create recipes, write pop songs, and report news — among other tasks typically dominated by creatives. And while it is unlikely that the role of “artist” will be automated soon, AI’s ability to create art brings up philosophical questions about art itself — namely, the role of the artist and/or coder when evaluating its significance.

AI art: How it compares

AI artworks have been, at times, indistinguishable from human artworks by even the most seasoned of critics. When a team at the Art and Artificial Intelligence Lab at Rutgers University created algorithms that could generate art based on a knowledge of art history, the results were astonishing. One of their neural networks painted in a new AI-generated style that 53 percent of viewers at Art Basel believed to be human-made. Of work by another neural network, which mimicked existing painting styles, a smaller 35 percent attributed the work to people.

Most curiously, when asked whether the artwork was inspiring or mood-elevating, AI-produced work scored slightly higher than the human artwork in all styles.

When it comes to writing, there are some things machines do well and other things they don’t. Neural networks and predictive algorithms are far from perfect. When fed all 7 Harry Potter novels, an AI-generated chapter was funnier than it was profound, complete with phrases like “Ron was going to be spiders. He just was.”

Researchers used the same technology to create a short film after feeding the machine numerous sci-fi scripts. That the resulting film, Sunspring, is worth watching thanks mostly to the actors.

With music and poetry, however, tech gets a bit closer. The first AI pop song, written in the style of the Beatles, might not rank when compared to the iconic band’s hits, but captures their sound in an impressive (albeit eerie) way nonetheless. And an algorithm can — and has — produced convincing sonnets and verses given the interpretive, brief, and abstract nature of poetry.

Robot reporters may be the most successful take AI has had on an artistic medium yet. The internet is already full of them and it’s difficult to tell what the source may be, as this New York Times quiz makes clear. Reporting facts and events or spewing rhymes and rhythms, it seems, is right up the robotic alley; analysis, dialogue, and plot, less so.

What AI can and can’t do

Why is AI successful when painting, but not movie-making? Why are its poems convincing, but not its scripts? A Slate analysis of AI-sonnet generation sums up what AI’s successes and pitfalls in the art world have shown: “the sonnets….picked out as machine-made didn’t seem to be about anything;” AI can write poetry but it can’t yet tell coherent stories.

Does art need to tell a story, though? While essential for most novels, other artistic mediums rely on snapshots or implications to elicit an emotional response or help viewers see the world a different way. So while storytelling may be optional, I’d argue that there are three necessities: The first is technical ability, the second is creativity, and the third is intention.

AI can mimic the first two remarkably well. It can reproduce a painting style, for example, or learn the rhyme structure for a poem. All it needs is information and direction.

Creativity is a bit more elusive. Defined by the use of imagination and originality, it would be easy to rule out this trait in AI. But originality can be coded; in fact, machines are unburdened by the limits of logic that keep people from creative breakthroughs. IBM’s Chef Watson, for example, is known for pairing unusual ingredients for curious but delicious culinary delights. An AI stylist matches items you would never think to pair in your own wardrobe. The same goes for color choice, word choice, and other artistic decisions that transcend the ordinary to make us, humans, respond to them.

That leaves us with intent — what inspired the artistic work to begin with and what it’s meant to convey, if anything. An artificial intelligence is separate from the intelligence of its creator, who coded the machine to make its own decisions based on information, and even learn new things and evolve. If an AI paints an abstraction, the specific work’s intent can’t be really credited to the coder, but it can’t much be credited to the machine either. The art may have appeal, but without discernible meaning, it’s harder to appreciate.

The role of the artist

People have argued in favor of the death of the author or artist since the 1960s at least. But where the literary critic Roland Barthes simply opposed incorporating intentions and biographical context when evaluating work, AI art implies a more literal death because there is no intent or biographical context.

Many great works of art hold meaning and value, after all, because of the story and feeling behind the work. This includes Van Gogh’s painting “Starry Night,” the view from the window of an asylum, as well as Picasso’s abstract depiction of war-torn Guernica City. It would be easy to call something that mimicked that depth cheating, or a farce.

When confronted with AI-generated art, then, we have several choices. We can judge the AI work alongside a human’s based on how it makes us feel, disregarding completely the circumstances of its creation. (It’s uncomfortable to imagine that a computer could make us feel something more than a real person can, but it’s the 21st century — we’re going to have to get used to it.)

We can consider the artist — in the case of AI, the machine vis-à-vis that machine’s creator. Coders, as artists, have their own points of view and intentions, even if they are once or twice removed from the work produced.

Finally, and this is something we should address with all forms of AI, we can consider the why. It’s interesting for experimentation purposes to program artmaking, but what’s the end goal? To automate creative jobs along with the rest? To honor coders with Oscars, Pulitzers, and Grammys while the rest of us sit back and consume (if we can still afford to)? It’s a knotty subject that all of us must keep in mind as we move cautiously but boldly forward with our lives, careers, entertainment, and consumption.

For now, a machine that’s been taught art history in order to create its own work may not seem so different than a student of art history that has done the same. That both are aided by people and machines is proof of our collaborative tendencies. What AI can do, then, is a rational (if not natural) extension of human creativity and ability — and it tells us as much about today’s world as it asks about tomorrow’s.

Bennat Berger is the cofounder and principal of Novel Property Ventures in New York City.