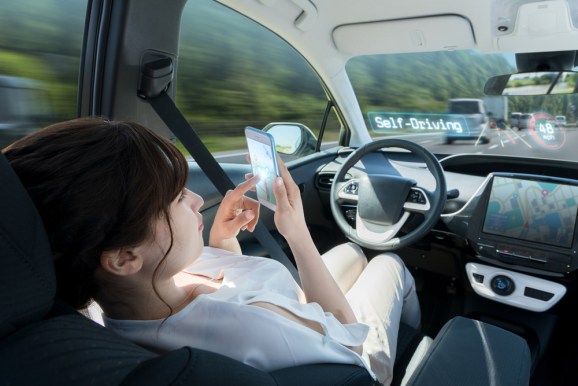 You practically have to predict the future to successfully build or make investments in startups. As a founder of Clearcover, a car insurance technology startup, and in my prior role as a venture capitalist at American Family Insurance, I’ve spent a lot of time making predictions about the future of transportation, mostly as it relates to technology and insurance.

You see, an accurate prediction requires two things. The first is knowing the potential outcomes you can predict, and the second is knowing the probability that any specific outcome will occur. Most forecasters focus on the second item at the expense of the first. In other words, we spend too much time predicting the likelihood of things we already know, and not enough time exploring possibilities we haven’t yet considered.

So, while it’s fun to make flashy, specific predictions for the new year, my 2018 predictions focus on things that are intentionally broad. That means you aren’t likely to find these predictions to be true or false at the end of the year. Rather, they should foster discussion around what might be true or false (or some of both), so we can all learn a little more about what’s possible.

Prediction 1: We’re nearing the top of the transportation hype cycle

Autonomous vehicles (AVs), the end of car ownership, and new forms of transportation (like Hyperloop or Uber’s drone fleet) are buzzy topics. But, while the long-term impact of these advances is inevitable, the transition period will be messy — and many predictions overlook that messiness. In other words, we should temper optimism with pragmatism.

My team believes adoption rates are a function of three factors: technology, regulation, and behavioral impact. And while technology will likely progress faster than most people think — it almost always does — regulation will contribute to the messy part of adoption, at least at first. For example, despite the recent legislative support of AVs, bureaucratic slowdowns have begun, and we’ll start to see even more as the debate around new modes of transportation becomes more politically charged. (We’ll touch on behavioral impact in the next prediction.)

The sheer amount of positive technology-related commentary is also likely skewing projections of adoption rates (see: availability heuristic). To play devil’s advocate, here’s a potentially surprising fact for people predicting the rapid demise of the current transportation paradigm: Personal car ownership rates are rising. This means even with amazing growth from services like Uber and Lyft — companies that have earned a prominent role in the transportation economy — a growing number of Americans still want to own a car. And while this trend won’t last forever, it may slow a major transition in the use of shared vehicles.

Autonomous vehicles will make roads safer. That reason alone supports widespread adoption. However, the relationship between intelligent, autonomous vehicles and humans will be exceedingly complex, and resistance will come from a variety of places. That said, new or niche use cases will likely emerge to battle this resistance.

Some resistance may be systemic. For example, many people factor cost barriers into their AV adoption rate predictions, but most are looking at incremental price increases due to adding autonomous functionality to vehicles. And yes, that cost is high, but it’s also coming down. However, fewer people are looking at other economic considerations, like the size of the purchase decision (cost relative to income). As you can see in this chart, while technology adoption rates have accelerated significantly over time, few recent innovations have represented as large a portion of household income as a car (other than the “V1” car). This friction in turning over an asset like a car is also reflected in ownership trends — today, consumers are holding onto their cars for longer than ever.

We may also be underestimating natural behavioral responses to AVs. For instance, there’s still much to learn about whether AV-powered car services/fleets — despite economic benefits — will influence ownership preferences. Given people’s relationship with cars, we probably won’t face entirely rational economic decision-making when it comes to trading in driveable vehicles for good. However, new use cases, like improved mobility for the elderly or disabled, can change these behavioral arguments dramatically. Put another way, things like freedom to drive and ancillary ownership benefits have little influence when they didn’t exist to begin with.

Innovation in insurance (yes, it exists) will follow the transportation evolution. The largest five P&C insurers sell over $100 billion in car insurance every year, so you know they’ll be paying attention to how changes in risk affect their strategies.

Insurance companies, large and small, will be monitoring the growing likelihood of “black swan” events. Excluding catastrophe modelings, historically, car insurance pricing considers accidents to be (mostly) independent events, meaning that the cause of an accident in Reno isn’t connected to an accident in Boston. However, in a world of networked vehicles, this assumption changes. When a single hacking incident might cause hundreds or thousands of losses simultaneously, new ways of measuring and transferring risk will be required.

Another area to watch is the relationship between computers (AV) and human drivers. While lots of people are thinking about insuring AVs and/or humans separately, my team believes it’s more important to develop protection for trips where driving responsibility is dynamically exchanged between the person and the car. We call this a Complex Adaptive Responsibility model — since each entity learns independently, understanding the whole system requires more than simply looking at its individual parts.

While no one really knows what the year ahead will bring, it is certain to be exciting. Every small experiment will get us a little closer to the next reality, and I’m excited for the experimentation to continue. If you have thoughts on what I missed, where I was right or where I am dead wrong, please join the conversation.

Kyle Nakatsuji is CEO of Clearcover, a car insurance company.