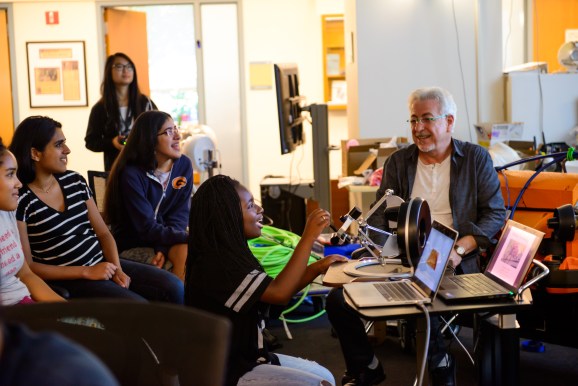 The program will join tech workers from companies like OpenAI, IBM, Ford, and Accenture with high school students underrepresented in AI to work on projects that apply machine learning to solve problems for the benefit of humanity.

AI4All was established by a group that includes Fei-Fei Li, Google Cloud chief scientist and director of Stanford’s AI Lab and Vision Lab, whose passion for democratization of AI was made a central part of the launch of Google’s second-generation tensor processing unit.

Over the course of the next three months, students and tech workers will explore things like

The program will culminate with the teams making their presentations to a panel of experts, including Li.

The mentorship program that starts today is a pilot program that begins in the San Francisco Bay Area, director Tess Posner told VentureBeat, but the goal is to expand to other parts of the United States and potentially other countries in the future.

“Everything is kind of early stage, but we definitely see this turning into real projects, and we’re already in talks with several places to potentially turn this into work that would be done either with researchers in academia or with tech companies,” Posner said. “We’re trying to build the infrastructure and learnings to be able to do that successfully across the country.”

AI4All caters to students who are underrepresented in AI, such as girls, African American or Latino students, or kids from a low-income background. Students taking part in the mentorship program participated in last year’s summer camp program.

The goal of AI4All is to inspire more young people to pursue jobs in AI in order to increase diversity in AI and offset evidence around bias and discrimination being embedded in machine learning algorithms. Alumni are supported with ongoing education, grants to start their own outreach programs, and internship opportunities.