Super Bowl Sunday is upon us once again. However, one of America’s most beloved traditions may soon be disrupted and re-invented. Television viewership of the game has declined in recent years, with an increasing number of fans following through digital channels. And for those who watched the big game just for the commercials and halftime show, YouTube has become the preferred always-on alternative. While football diehards will still pay thousands of dollars per ticket and attend the game in-person, the rest of us can look forward to the promise of an enhanced experience through mixed and virtual reality technologies.

Creating a MR-optimized Super Bowl is all about the sensory experience. The more senses viewers can interact with, the more immersive and participatory it can become. Being able to “transport” someone there has been considered science fiction for a long time, but we’re actually getting close.

There are many visions of how sensors and MR may intersect to deliver exciting viewer experiences. Some companies are already installing cameras to capture every angle so viewers can choose if they want to sit on the field, the owner’s box, or float above the field. Others are exploring suits that deliver tactile sensations when players get hit, providing a POV-style experience. Imagine each player’s helmet equipped with cameras and their uniforms with sensors — home viewers won’t just be spectators, they’ll be able to see and comprehend the action as if they’re truly in the game.

While fans are looking forward to the MR-optimized Super Bowl experience, advertisers may be salivating even more over these new innovations. Studies show that consumers are more willing to interact with VR-enhanced ads, creating new opportunities to drive brand awareness and influence purchases. This might partially be attributed to VR advertising medium being so new, and consumers are hungry for interactive content. However, the novelty will soon wear off, and consumers will only be lured by ads that are as compelling as the MR-enhanced Super Bowl game itself. This presents a significant opportunity for advertisers to leverage mixed reality content to win viewer attention and dollars.

Imagine having the player who just scored a touchdown virtually “break through” your living room wall and deliver a personalized in-your-face pizza ad. Commercials can become so powerful that consumers will have to second-guess which elements are reality and which are virtual, almost approaching the level of a magician’s illusion.

While many would like to fast-forward in time to an immersive, engaging Super Bowl experience, there are many challenges we’ll need to overcome along the way. The first and most obvious roadblock is related to technology. While many of the technical capabilities already exist, the ability to deliver a seamless, interactive experience in real-time still requires further innovation. And thus, the expense to create content for said technologies is also at a premium right now.

Several companies, including Microsoft, currently have amazing 360-degree holographic soundstage facilities with hundreds of cameras creating the MR-ready holographic image that the Super Bowl will one day showcase. But current capabilities are not able to produce lifelike real-time holographic content yet. Companies are starting to equip and test stadiums with similar surround-capture technology to deliver VR experiences, but it will take several more iterations before these technologies can deliver a hyper-real MR experience.

This MR-enhanced Super Bowl is also an expensive proposition. We’re not talking about a simple POV VR camera, but instead some serious computing power to drive real-time holographic content. Before the full immersive experience is affordable to consumers, broadcasters, entertainment venues, restaurants, and bars with large budgets will likely be the first adopters. It’s common to see these high tech innovations begin in a commercial space first. Then, they’re scaled down in scope and cost to fit the budgets – and limited space – of the average person’s living room. When the development cycles are completed, a state-of-the-art MR home kit will be far less expensive than a ticket to the Super Bowl, and consumers will be able to use it throughout the year for all kinds of special broadcasts, as more and more content is created for the MR medium.

We’re moving at full speed to make MR experiences a reality, and some of these innovations could arrive as early as the 2020 Super Bowl. The seamless and amazing 1:1 future experiences we’re imagining are probably five years away, but I’d love to be proven wrong and see it earlier.

As the most-watched event on television, the Super Bowl will be the testing ground for these exciting advancements. The broadcast, in its evolved forms, will become the new milestone event for technology innovators, advertisers and content creators. As new programming and advertising experiences emerge that blur the line between an ad and the experience, interaction levels will continue to rise. Some fans may find the new immersive MR experience as good — or maybe better than — attending the game in-person. 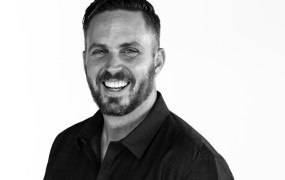