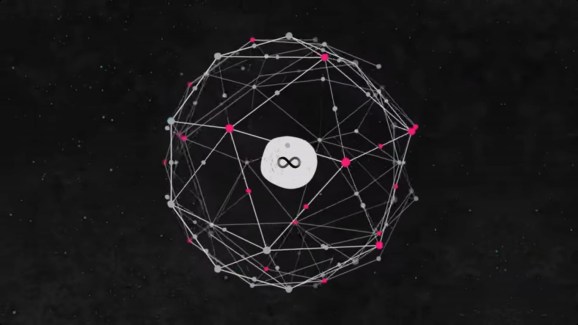 The Dfinity blockchain project has big aspirations for the $61 million it raised from Polychain Capital and Andreessen Horowitz today. The company wants to create a new, decentralized cloud — a “cloud 3.0” — that will cut the costs of running cloud-based business applications by 90 percent and upend the current cloud services model led by Amazon and Google.

The backing of respected VC firms, a sharp team, and the promise of a new type of blockchain able to move fast all indicate this is a project worth watching. But it can be hard to nail down exactly what Dfinity’s mission is. In an interview with VentureBeat, team leader Dominic Williams talked about everything from enabling a new internet populated with open, decentralized versions of popular services like eBay, Dropbox, and Uber to enabling consumers to heat their houses with the specialized, server-grade hardware they’ll be able to use to mine Dfinity coins.

The project’s true selling point, though, seems to be that it would give enterprises access to what Williams calls an “internet computer” — a single, infinitely scalable, internet-based computer. A business that today hosts applications and processes on, say, Amazon Web Services has to rent multiple computer instances, each of which need to be configured and maintained, Williams explained, whereas, once the Dfinity network is available, businesses will be able to run all of their systems in one place:

The Dfinity network … produces a single ‘Internet Computer’ with unbounded capacity. You do not need to manage … individual computer instances yourself, nor need to worry about copying data into a database in case one of your computer instances gets restarted or crashes. Instead you let the Internet Computer take care of everything for you … [It] is unstoppable and also helps with requirements like data privacy. Because business systems co-host on the same enormous virtual computer, interoperation, where desirable, is much easier.

This reinvention of cloud-based computing should cut an organization’s cloud costs by 90 percent, according to the team. But those cost savings would apparently be related to human layoffs rather than lower computing costs. As Williams explained in a blog post last year, “computation on blockchain computers is far more expensive than on traditional clouds such as Amazon Web Services. But dramatic savings are possible because the vast majority of costs involved in running enterprise IT systems derive from supporting human capital, not computation per se, and the Dfinity cloud will make it possible to create systems that involve far less human capital.”

The Dfinity network isn’t expected to deploy until the end of 2018; however, a small (500 node) testnet deployed in October apparently showed strong results. The globally distributed testnet was able to finalize computations in one second, compared to 600 seconds needed by the Ethereum blockchain and 3,600 seconds needed by Bitcoin, the team said.

There are clearly key missing pieces that need to materialize before businesses can move to the Dfinity model. First, a large, geographically distributed Dfinity mining community will need to emerge to create the underlying decentralized network.

Dfinity is currently in talks with private hosting centers in the hopes of converting them to Dfinity. These are businesses, Williams said, that are finding it hard to compete with AWS but could turn their free racks into Dfinity mining rigs. The team is also talking to hardware manufacturers about producing the specialized servers needed to mine Dfinity (running a machine with less capacity than needed results in a penalty, Williams explained, and there is no reward for excess capacity, hence the need for equipment tailored to Dfinity’s specifications). Finally, Williams said, the team may choose to fund about 20 data centers itself on shipping containers and deploy them around the world to kickstart the network (although it’s unclear how such a move would serve the goal of decentralization).

A second critical piece of the puzzle will be business software that can run on the new network. Companies will need Dfinity-native versions of the tools and applications they rely on. To that end, Dfinity and Polychain Capital announced today that they will be comanaging a Dfinity Ecosystem Venture Fund to support third-party teams that want to build applications, tools, and protocols for Dfinity.

Williams is unabashedly optimistic about the process of building out this ecosystem. “It will be extraordinarily easy to build on Dfinity,” he said. “Developers building on the Internet Computer will have super powers. The word will get around that these guys are building with all these amazing benefits. And uptake will be pretty rapid once the word gets out.”

Dfinity is registered as a non-profit foundation in Zug, Switzerland but has research centers in Palo Alto, California, and Germany. The fundraise announced today is considered a contribution to the work of the foundation, and in return, “the foundation promises to recommend [the contributors] an allocation of tokens” when the network goes live, Williams said.

The Dfinity team ran a public “seed stage” ICO last February and expected to follow that up with a “main” ICO late last year. But the new capital infusion announced today may have taken the place of that public ICO.

“We are wary of running an ICO and having our reputations tarnished by some of the ‘bad’ ICOs that were run, or becoming embroiled with problems with regulators,” Williams said. Given the level of community interest to participate in the project, though (Williams references “hundreds of millions” of dollars community members are interested in investing), he said the team is looking at other options for a token distribution.

[Update 2/7/2018 9:08pm: The last sentence of the story has been changed to show Williams was referencing “hundreds of millions” of dollars, not people.]