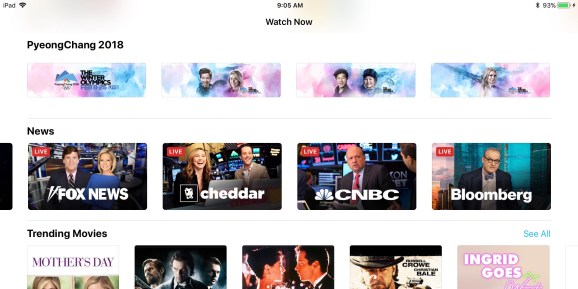 Coinciding with the start of the 2018 Olympic Winter Games in PyeongChang, South Korea, Apple has added live news videos to its TV apps for iOS and Apple TV, as well as a dedicated PyeongChang 2018 section of its News app for iOS. In the United States, the additions provide easy access to both text and video news, though only a handful of partners are currently featured.

On iOS devices and Apple TVs, U.S. networks CBS News, CNN, Fox News, Cheddar, CNBC, and Bloomberg now appear under a new News section of the TV app’s Watch Now tab, currently following a dedicated collection of PyeongChang 2018 banners. Unless you’ve already downloaded a given network’s app, tapping on any of the channels requires you to download the app, after which live news video will quickly begin playing. 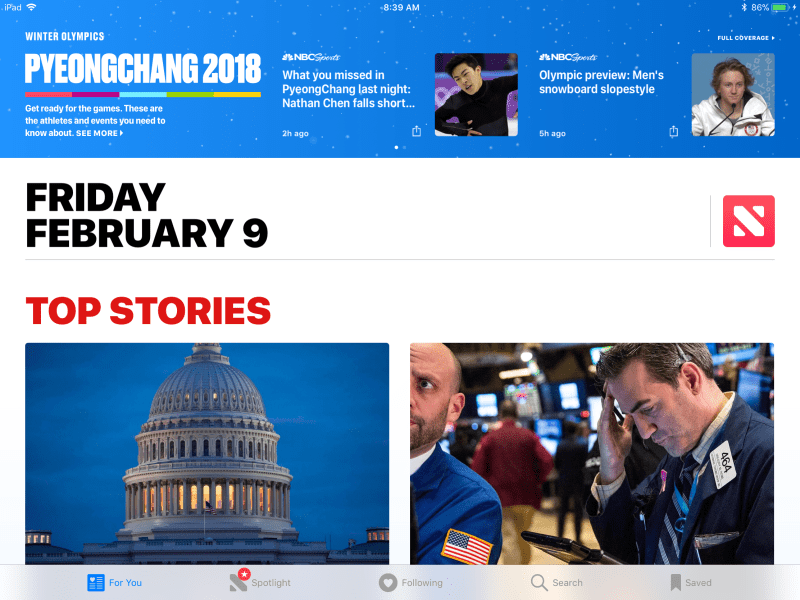 Apple’s PyeongChang Olympics coverage is provided by NBC across both iOS devices and Apple TVs. The iOS News application now opens with a very large banner directing readers to the PyeongChang coverage, which includes a specially designed collection of graphics, text, and videos replaying major events. Text stories, graphics, and replays are available automatically. For live video, however, you’re automatically directed to download the NBC Sports app, which offers additional pre-recorded videos for free but requires a TV subscription to view live videos.

The live news feature was originally promised during the debut of the Apple TV 4K last September, but starting today it is appearing on all app-capable Apple TVs, without requiring a software update. Similarly, the PyeongChang coverage automatically appeared in the News app yesterday once the news coverage feed had been refreshed.