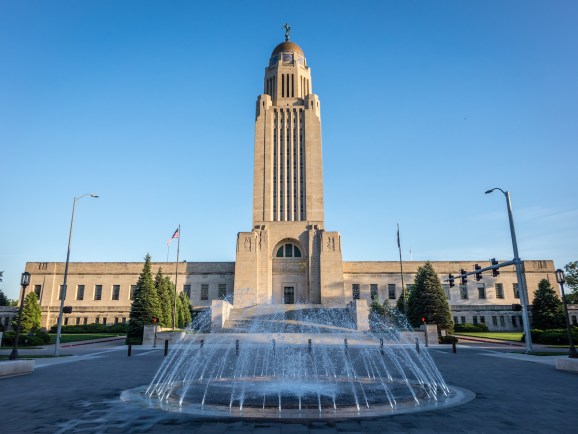 Four pieces of legislation concerning blockchain technology have been introduced in the Nebraska legislature already this year, three of which were debated in committee this week.

Proponents of these bills say they will help to protect consumers while making Nebraska a national leader in the blockchain industry. Opponents are concerned that the technology is too young to be strictly defined and cumbersome regulation could scare away blockchain businesses.

Either way, the conversation around this new technology has officially begun between the government and the community. Lots of questions were asked in the committee hearings, and the overwhelming sentiment was mostly that of curiosity.

Senator Blood told SPN, “My intent is to lead the pack over other states scrambling to do the same type of legislation and put Nebraska on the map as a state that is open for business here in the Silicon Prairie.”

Two of the bills, LB 691 and 695, were debated in the banking committee on Wednesday. Kyle Tut of Blockera was one of the blockchain community members who provided testimony at the hearing.

“I’m happy that Senator Blood withdrew her support for LB 691 and is on the cutting edge trying to legally enforce smart contracts, but I’d like to see her improve some of the more technical terms in the bill,” said Tut.

LB 987 was introduced by Senator Paul Schumacher and would require a license for some blockchain-related business transactions. According to the Statement of Intent, it “provides a statutory framework for the regulation of companies engaging in ‘virtual-currency business activity.'” The Legislative Fiscal Analyst Estimate suggests that it would cost the state a half million dollars in staffing and legal fees.

This bill was debated in committee on Tuesday and, of the four bills, met the most resistance from the community. Proponents of the bill say that it would help to protect consumers by ensuring that companies that hold their private keys were held to a higher standard.

Tut’s position is that it’s too early to know exactly how this technology will be used in the future.

“This bill takes a strong stance that unilateral control of private keys should be licensed with common sense exemptions,” said Tut. “However, we do not know the potential implications of this definition moving forward.”

He also would like to see a regulatory sandbox to allow startups to innovate in the space without having to jump regulatory hurdles.

Edward Weniger of Alpha BTC is against any unnecessary regulation of blockchain technology.

“Of the four bills before the Nebraska Senate this week, the two which were most regressive were thankfully met with the most opposition,” said Weniger. “The senators were very inquisitive and anxious to learn more about digital currencies, but seemingly recognized we have much more innovation and opportunity to see in the state before we start trying to pass laws.”

All of the parties that SPN interviewed agreed that the conversations were productive. The committee invited them back next week to continue the discussion.

“It was good that our senators were proposing bills that are trying to be pro-blockchain and that they were eager to learn about how it would affect our state. That’s a positive,” said Tut. “It didn’t feel like they were trying to shove this down our throats. It just seemed like they wanted to understand more.”