Rise of the Rest, a U.S. startup initiative pioneered by AOL cofounder Steve Case, announced today that it has hired Google for Entrepreneurs director Mary Grove as a partner.

“Mary’s role in founding and managing Google for Entrepreneurs makes her an ideal and timely addition to the team as we focus on finding new investments and supporting our companies post-investment,” Case said in a press release publicizing the announcement. 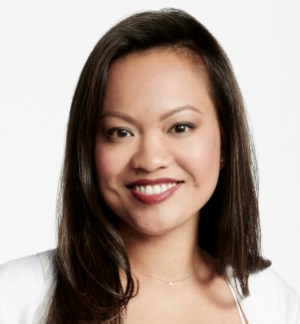 Grove joined Google in 2004 and in 2011 helped launch Google for Entrepreneurs, an initiative designed to give entrepreneurs around the world access to the company’s network of products and partners. Today, Google for Entrepreneurs helps manage startup “campuses” in Israel, England, South Korea, Spain, Poland, and Brazil and provides support to a number of coworking spaces and startup organizations in the U.S.

Case launched Rise of the Rest in 2014 as a series of bus tours. The goal of the initiative is to highlight startup activity in U.S. cities traditionally overlooked by venture capitalists. Since 2014, Case and his team have visited entrepreneurs and investors in 33 different cities. In each city Case and his team visits, Rise of the Rest hosts a pitch competition, giving startups the chance to win a $100,000 investment from Case.

In December, Case greatly expanded Rise of the Rest’s scope with the announcement that his team had secured $150 million for a seed fund to invest in startups outside Silicon Valley. Even more notable, the fund’s investors include a number of powerhouse names from Silicon Valley, including Amazon’s Jeff Bezos; Alphabet’s Eric Schmidt; Starbucks’ Howard Schultz; Spanx’s Sara Blakely; former Facebook president Sean Parker; KPCB partner John Doerr; and Dan Gilbert, the cofounder of Quicken Loans. The fund is being managed by J.D. Vance, author of 2016 Rust Belt memoir Hillbilly Elegy.

Grove will be leaving Google and moving from the Bay Area to Minneapolis, Minnesota, where she will “work closely with the fund’s portfolio companies to support them through the stages of startup growth and help the team source investments from Rise of the Rest cities,” according to the press release. Grove and her husband Steve, director of Google News Lab, also run a nonprofit called Silicon North Stars, which brings Minnesota high school students on trips to the Bay Area to expose them to careers in the tech industry.

In a blog post, Grove noted that she initially got connected with Case when he kicked off the first Rise of the Rest tour and that she’s “become more and more inspired by the power of the Rise of the Rest platform” over the past four years.

“[Rise of the Rest] speaks not only to my personal values and experience, but also to my belief in the future of where the innovation economy is headed,” Grove wrote.

Grove told VentureBeat that she would be leaving Google in mid-March.