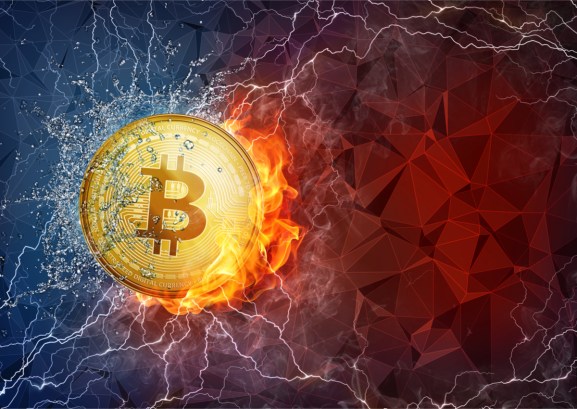 The decentralized age, enabled by cryptocurrencies and blockchain technology, is coming fast. We are witnessing the wholesale reinvention of the world’s financial system. When all is said and done, it is going to be fairer, more democratic, and will empower billions of people. And those crypto-millionaires — who you secretly begrudge for ‘not having earned it’ or ‘just getting lucky’ — they’re the people who are going to make this happen.

Earlier this week, I had the opportunity to meet with many of them at the Satoshi Roundtable, an invite-only event that included a number of key players in the industry. (I suffered from massive Impostor Syndrome and perhaps a bit of the Groucho Marx effect for my entire time there.) These weren’t opportunistic, get-rich-quick newcomers fresh off of big ICOs; they were long-time believers in blockchain technology’s ability to solve important human problems.

There were several crypto-billionaires in attendance and many crypto-multimillionaires, but the topic of money almost never came up. The talk did not turn to the price of the currencies or boasts about what their wealth has enabled them to purchase.

Instead, with presentations by Ron Paul, David Friedman, and Hernando de Soto, the overarching focus was on how to further the movement that Satoshi Nakomoto unleashed on the world via the Bitcoin whitepaper. This was a conference of people committed to economic freedom, privacy, individual empowerment — people who would pursue their projects if the price of Bitcoin was $1 or $1,000,000.

You know how I know? They have already done it.

Many of these people suffered through the darkest of times in the crypto world (2014-2015). The stories are intense. After Mt. Gox was hacked and millions of dollars (at the time) were stolen, there were community webcasts on suicide prevention. One attendee drove 30 hours per week for Lyft just to keep his family afloat. Another ran six miles just to get the paperwork right for a deal he needed to keep his business open.  In short, they hustled … big time.

They persevered because they believed in the mission — that a technology to enable peer-to-peer transfer of value without intermediaries was something the world needs NOW. And it was their duty to bring it about. It still is.

If they made money along the way, even better, but that was not the goal. Sure, as one participant said, “It’s nice to not have to worry about that,” but make no mistake about it, the people at the core are a movement with an agenda.

Now the movement has resources

Three years ago, the movement had energy and passion. Now it has energy, passion, and money. A whole lot of money. And that means these passionate believers can drive their goals faster and further then ever before.

I met some nine-figure crypto-wealth entrepreneurs who are deploying capital to buy existing businesses and institutions all around the world. One said, “Now you can poach talent from anyone in the world. Anyone.” The goal? Accelerate the revolution towards something new from within the existing infrastructure and leverage the world’s best talent to do it.

If the existing financial institutions are the Roman Empire, the crypto-entrepreneurs are the tribes on the periphery. For a while, they did not have their act together, but they are beginning to organize. Soon, they will have world-class marketing, Apple-level user experiences, and security that makes Equifax-level abuses impossible. And with the aid of all of this money, they have penetrated the outer defenses of the existing financial world order.

To mix metaphors, the dominoes have started to fall.

These missionaries are not out to upend the existing order out of greed. They are fully committed to liberating billions of people from the existing financial system they consider oppressive.

What strikes you in a conference like the Satoshi Roundtable is just how international the make-up of the attendees is. You notice there are Argentines who have been cheated out of their life savings by their own government — twice. There are others who were either direct or indirect victims of the 2008 financial crisis, and their hatred towards big banks is palpable. One participant from the Caribbean remarked, “I saw how Wall Street’s irresponsibility destroyed the people of my country. You know what I say? F*ck the banks.”

Many people don’t realize Satoshi Nakamoto embedded the front page of the Times of London from January 3, 2009 in the first block of the Bitcoin blockchain. It reads “Chancellor on brink of second bailout for banks”. Every single one of these crypto-millionaires knows this. The significance is not lost on them.

‘We haven’t even gotten started’

The code, if you will, is the code. It’s a commitment to the future and these are the knights of the Satoshi Roundtable, with a focus on pushing the vision forward. One longtime industry veteran told me, and it was a refrain I heard a lot, “You know, my friends come to me and say things like ‘Wow, this crypto thing is crazy.’ You know what I say to them? ‘You think this is crazy? We haven’t even gotten started yet.”

It brings to mind another quote. “If you can’t beat them, join them.”

After three days at the Satoshi Roundtable, I can tell you this: You’re not going to beat them.