Last year, Kela Ivonye relocated from his home base in Louisville, Kentucky to Silicon Valley for an extended period of time to participate in not just one, but two startup accelerator programs. But even though the two-time founder appreciated the funding, mentorship, and partnerships he gained from these experiences, he was committed to returning to Louisville to build his startup, MailHaven.

“We are really focused because we’re here [in Louisville],” says Ivonye, who returned home after completing the prestigious 500 Startups program at the end of 2017. “We find ourselves not getting jaded — being focused and solving real problems that are affecting people who live in this area, which is a demographic that is representative of a majority of America. Being in Louisville and working on this problem allows us to be well-grounded.”

Ivonye is not a Louisville native — he emigrated from Nigeria to study spatial analysis and urban planning in the undergraduate program at the University of Louisville. He says he had to be an entrepreneur from the start, figuring out ways to put himself through school.

“I came with little or no money. I had been buying and selling items to help put myself through college and was sitting class even though I hadn’t registered,” says Ivonye. “Luckily, instead of just kicking me out when they found out about that, they gave me a scholarship.”

However, when he identified a real-world application for the spatial analysis theories he was studying, he dropped out of graduate school to start his first company: a food delivery service that used an algorithmic-based formula to get food to customers significantly faster than any other service.

“There was probably one food delivery company in Louisville, and it would take them almost two hours to make a delivery. I saw an opening where I could use my knowledge to cut down on delivery times, thereby creating a better offering for consumers,” says Ivonye. His algorithm divided the city into districts to reduce drivers’ mileage and ensure deliveries were made within 30 minutes; an accompanying app allowed customers to track their food being delivered, similar to Uber Eats.

Though the company was turning a profit, it wasn’t set up to scale, as Ivonye had originally hoped. However, in observing customers’ behavior, he had identified another pain point in delivery — that of getting packages into the hands of a busy customer.

“Even with all our efforts, people were not coming out until the drivers were there, which would take about two to three minutes; that was a drag on our efficiency,” says Ivonye. “If there was a way where you keep the food in a receptacle for packages, you could just drop it off and then the homeowner can come out of their house and pick it up whenever.” 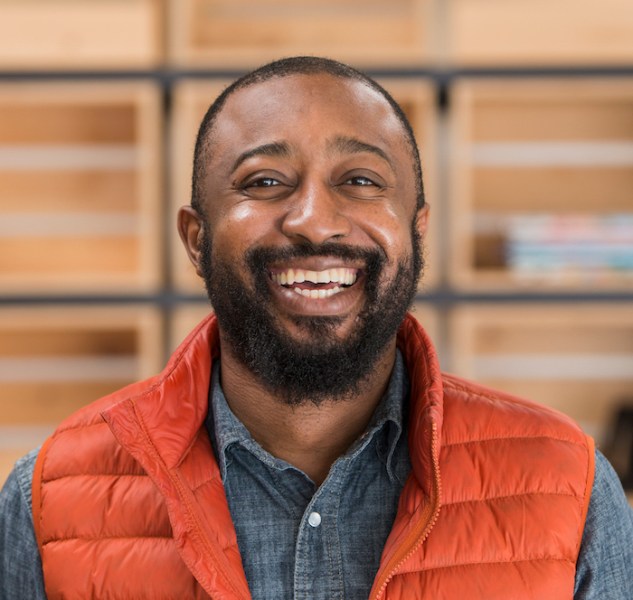 After missing a delivery that had to be sent back to his family in Nigeria, a costly mistake that took a few hundred dollars to rectify, Ivonye determined to solve the drop-off problem. His solution? A connected porch receptacle that allows couriers and customers to work together to ensure packages are delivered safely, securely, and with maximum convenience for both parties.

We’ve written about the porch pirate issue before — there are several companies producing IoT-connected storage boxes that allow a courier like UPS or FedEx to scan the package bar code, place it in the unit, lock it back up, and alert customers when a delivery has been made.

MailHaven’s solution comes in the form of a smart mailbox. The company’s app, which doesn’t require the hardware and is free to use, allows users to manage online purchases and track their shipments. It was released on iOS last year and has over a thousand users; Ivonye says an Android version is in the works.

but the hardware is where the startup really sees potential for innovation, and profit. In a report titled “The Internet of Postal Things,” the U.S. Postal Service says: “The connected mailbox could generate revenue from renting the mailbox to households, or selling the mailbox and charging a monthly service fee. If 5 percent of the 117 U.S. million households rented such a box for $3 a month, the product would generate $210 million a year in revenue.”

The MailHaven unit will eventually retail for $399, with a $9 monthly fee, though right now it is still being tested in a small pilot. The first such pilot took place last year with six households in California, during MailHaven’s stint at the Highway1 accelerator. The next trial will include 30 households in Louisville.

In addition to hardware expertise, Highway1 gave the startup some initial funding, later augmented by an additional $150,000 from the 500 Startups accelerator program. Ivonye says that the startup has raised its seed funding from these programs, angel investors, and family and friends.

They also found an investor in a large manufacturing company called Fabricated Metals that’s based in Louisville. Ivonye says that relationship was struck when he shared his pitch with the company president and found a kindred spirit.

“He was like, ‘Hey, my wife hates going to the post office whenever we have this problem’,” Invonye says. “So they were one of the first people to invest in us.” Fabricated Metals now also does all the manufacturing for MailHaven, meaning the product is an end-to-end Kentucky-based creation.

Ivonye has also decided to take part in a brand new funding initiative. Last week, MailHaven and 29 other startups from the summer 2017 class of 500 Startups released an asset-backed blockchain token, called 22X, that allows purchasers to invest in all 30 startups for equity. If the group hits their top-level goal, each will see about $1 million in funding.

“It’s difficult to raise in this part of the country, and it’s especially difficult if you are a hardware startup or founded by a non-traditional founder,” says Ivonye. “But what’s been awesome for us is we’ve been able to take those challenges and find some amazing opportunities. We are in a part of the country where people are very amenable to each other and people want to help each other.”