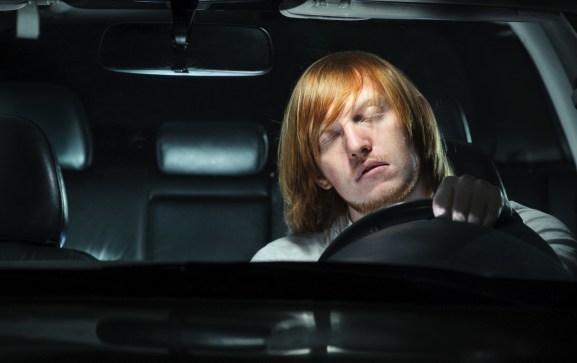 Two million U.S. drivers admitted to nodding off at the wheel of their car in a two-week period back in 2016, according to a report by the National Sleep Foundation. This finding led to some high-profile campaigns, including one by the mighty Uber, which has sought to raise awareness about the dangers of “drowsy driving.”

Today, the ride-hailing giant has revealed that it’s ramping things up a notch by restricting its U.S. drivers to a maximum 12 hours of driving time before they’re forced offline for a six-hour break. This mirrors a similar move made by the company in the U.K. last month.

Uber claimed that nearly two-thirds of its U.S. drivers actually drive less than 10 hours a week for the platform anyway, but it didn’t reveal how many actively drive for longer than 12 hours at a time.

What’s most interesting about the new policy is that it’s more than a recommendation. The driver’s app will be pushed offline once the 12-hour driving limit has been reached, and they won’t be allowed online again for six hours.

“This move will strengthen our approach to helping keep riders and drivers safe on the road while preserving the flexibility drivers tell us they love,” said Uber product director Sachin Kansal, in a blog post.

Drivers will see notifications on their screen periodically after 10 hours, and when they hit their 12-hour limit, their shift will be automatically ended. Even if a driver does punctuate their shift with sporadic shorter breaks, it appears that the 12 hour limit will still apply: The only way to reset the clock is by taking an uninterrupted six-hour break.

On paper, this seems like a great move by Uber, but in reality drivers will likely find ways around it. They could, for example, switch between different ride-hailing services, so when their time’s up with Uber they turn on Lyft.

Moreover, there is nothing stopping drivers from “moonlighting” — working their normal job during the day, then driving for Uber at night  — and there’s no way of knowing how well-rested a driver really is. But there is only so much Uber can do to prevent its drivers working while fatigued.

“Everyone knows that drinking and driving is dangerous, but many don’t know the risks or warning signs of drowsy driving,” added Kansal. “Our Community Guidelines make clear that it’s important to take a break when feeling tired on the road. We’ve also piloted features like an in-app notification that reminds drivers of this.”